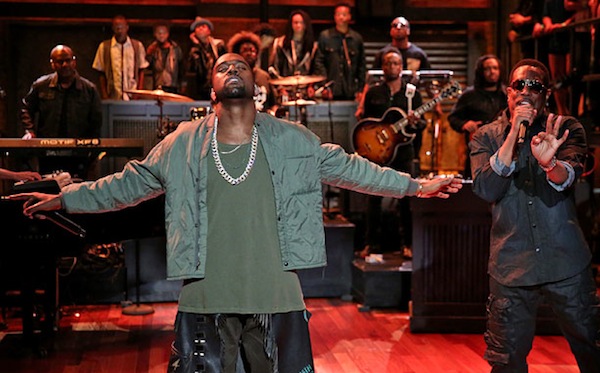 All evening the internet has been buzzing with the news that Kanye was set to perform on tonight’s episode of Late Night with Jimmy Fallon. Jimmy Fallon took to twitter during the show’s filming to announce that Kanye would be performing “Bound 2” off his latest album, Yeezus. The track is also rumored to be the next single from ‘Ye. Shortly after Fallon went on to tweet that The Roots had joing Mr.West on stage.

Cool thing about doing a show in NYC — anyone can drop by. @KanyeWest surprised us and performed “Bound 2” tonight on Late Night! #nojoke

We’re also hearing murmurs that Kanye will be making another appearance next week, this time on the UK television show Later…with Jools Holland. You can catch tonight’s performance at 12:30am EST.