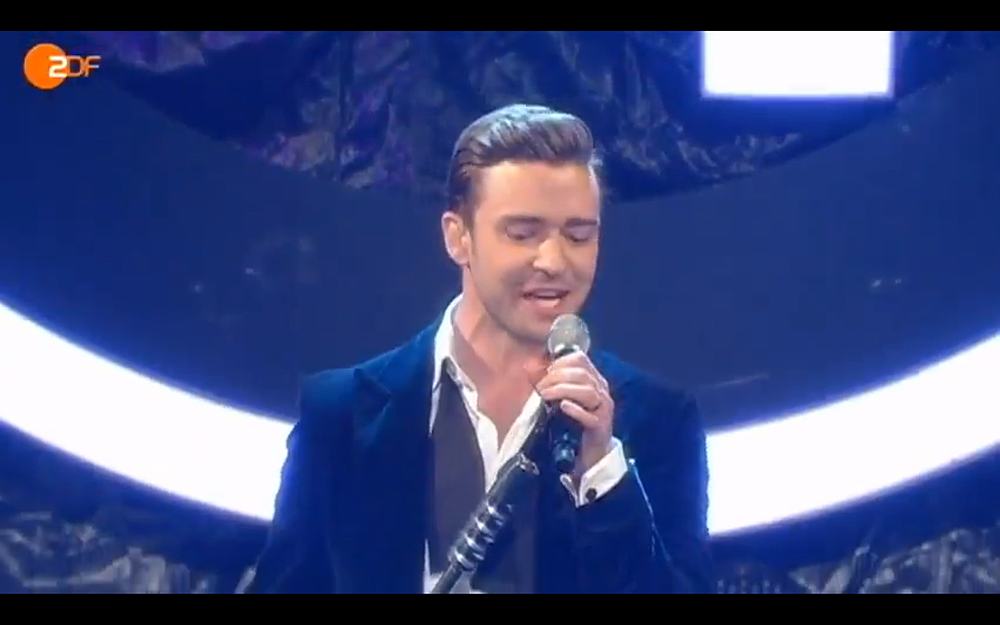 Justin Timberlake is currently over in Europe on a promotion tour, getting the word out about his upcoming The 20/20 Experience, due March 19.  After making a stop at the Brit Awards in London, Timberlake headed over to Germany to perform on the talk show “Wetten, dass..?”. With his tie untied, but suit still looking immaculate, the pop superstar performed his new single “Mirrors,” backed by a full band and stopping mid-performance to take a photo with some fans.

Justin’s six year long musical hiatus will come to an official end on March 19 with the release of The 20/20 Experience. Justin’s “Legends of the Summer” stadium tour with Jay-Z officially launches on July 17 in Toronto