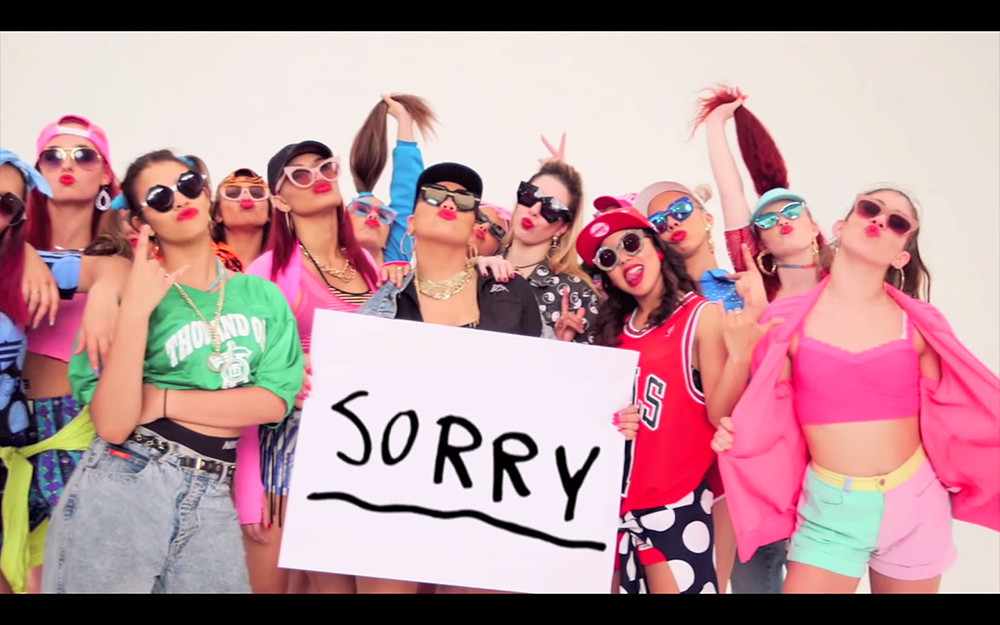 Justin Bieber shares the new dance video for his second single off his upcoming album Purpose album titled “Sorry”. The super chilled out dance track was produced by Skrillex and has the young Canadian heartthrob doing what he does best, singing about love and/or apologizing for doing wrong in a relationship. The official “Dance Video” features a female dance crew who bust a move harder than Young MC.

Bieber’s Purpose is set to drop November 13th and will also feature appearances from Nas, Travis Scott, Ed Sheeran, Big Sean, and Ariana Grande. Nice. Watch it above “Sorry” above.