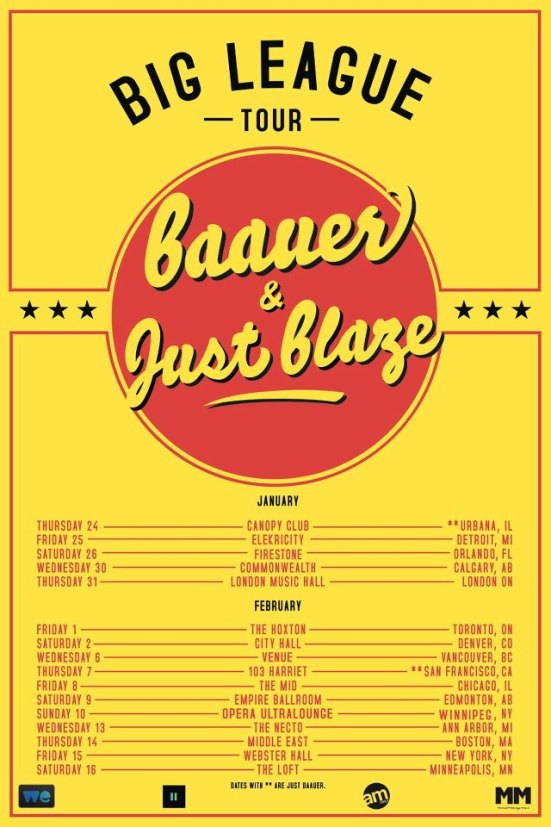 Acclaimed hip hop beatsmith Just Blaze and EDM producer Baauer have joined forces to collaborate on a record called “HIGHER.” The song features a small intro from Jay-Z as well as some old samples from Just Blaze produced Jigga songs. This is the second “EDM-Style” track from the hip hop producer who seems to be very aware of the direction popular music is going with the kids. The two producers have also announced that they will be hitting the road with their Big League Tour starting January 24th in Illinois. The tour will span sixteen cities including Toronto, Chicago and New York. Blaze’s full EDM project will be released via Fool’s Gold records later this year. Listen to “Higher” below and check out the tour dates to see if they are coming to a city near you.