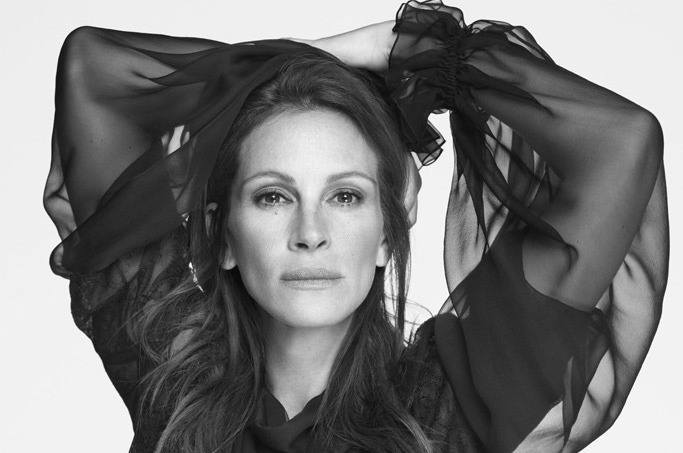 Man of many muses Riccardo Tisci has just announced the new face of Givenchy’s spring campaign via instagram. Just a few hours ago three images of Julia Roberts were posted with the caption “Welcome Julia.” Roberts will follow a long line of celebs as the face of the campaign including Lea T. Kendall Jenner, and Erykah Badu.

According to an interview with Yahoo Style Tisci said the following about the campaign:

“For me, Julia is many things. She has this strength as an actress, but she’s also this beautiful American woman. She’s a big star, but she’s not a paparazzi or a blog monster. It’s going to be my tenth year at Givenchy in March, so I wanted to represent the woman who is more mature, beautiful, talented, but also unpretentious.”

Check out the nearly 50 year old cover model in action below shot by Mert Alas and Marcus Piggott.