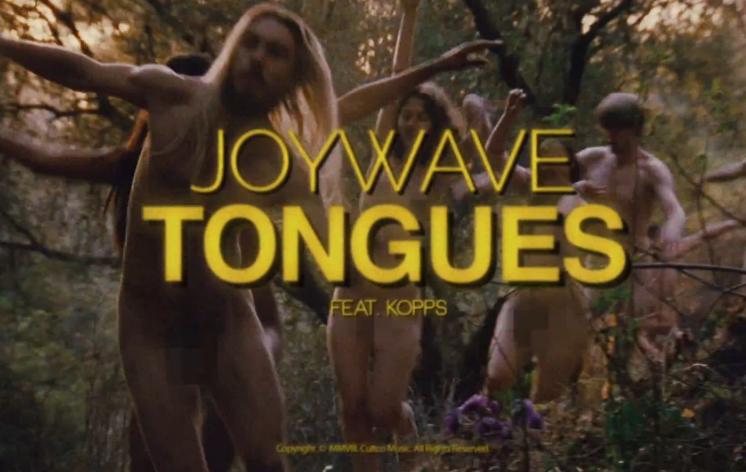 Rochester electro pop band Joywave have returned with a hilarious new video for their addictive tune “Tongues” featuring KOPPS which features a colony of nudists that are captured and shot by men with guns that shoot out clothing.

The clip is directed by The Daniels and according to the press release the duo had the following to say about their thoughts behind it:

We wanted to take the trend of putting ‘naked chicks’ in music videos then turn that into the silliest most unexpected thing possible. The idea made us and the band laugh…we hope other people laugh too. [We’re aiming to] satirize the past five years of videos for ‘indie pop summer smashes’ – the videos where a bunch of suburban kids put facepaint and feathers on and run around in nature acting free-spirited for the afternoon. It’s poking fun at this cliched concept, and in a really, really absurd way.

We’re excited to see Joywave live next month as we co-present a NXNE in-store at Gap in Toronto along with Craft Spells and Beach Day (stay tuned for more details).