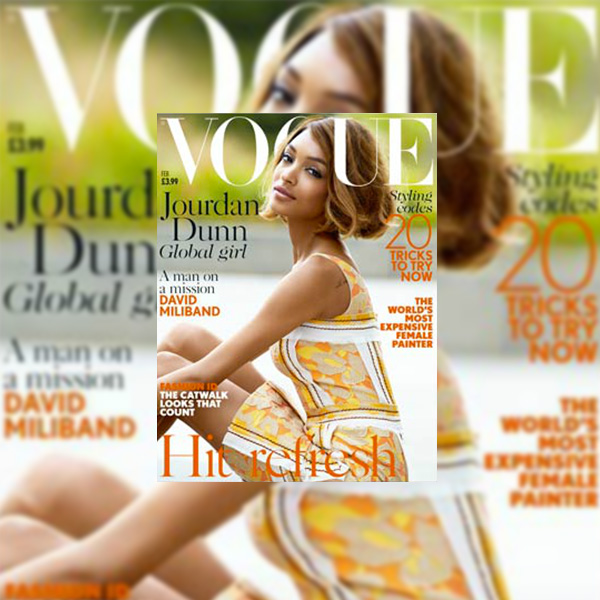 Starting off the year over on the cover of Vogue UK is the super gorgeous, super radiant, super model Jourdan Dunn. While the cover has us transported to the easy breezy days of spring, the attention to the cover is due, in part, that Dunn is the magazine’s first black cover model in over twelve years!!

According to The Telegraph Dunn has officially broken the rather unfortunate streak which has been going since 2002 when Naomi Campbell was featured. What a refreshing start to 2015!

The aptly titled “Hit Refresh” cover shot has been released in low resolution above, captured by Patrick Demarchelier and styled by Kate Phelan.

Between this and Dunn’s campaign with Naomi Campbell over at Burberry, we’re digging 2015 so far!

I’m so Happy to finally say I’M ON THE COVER OF BRITISH VOGUE!!!