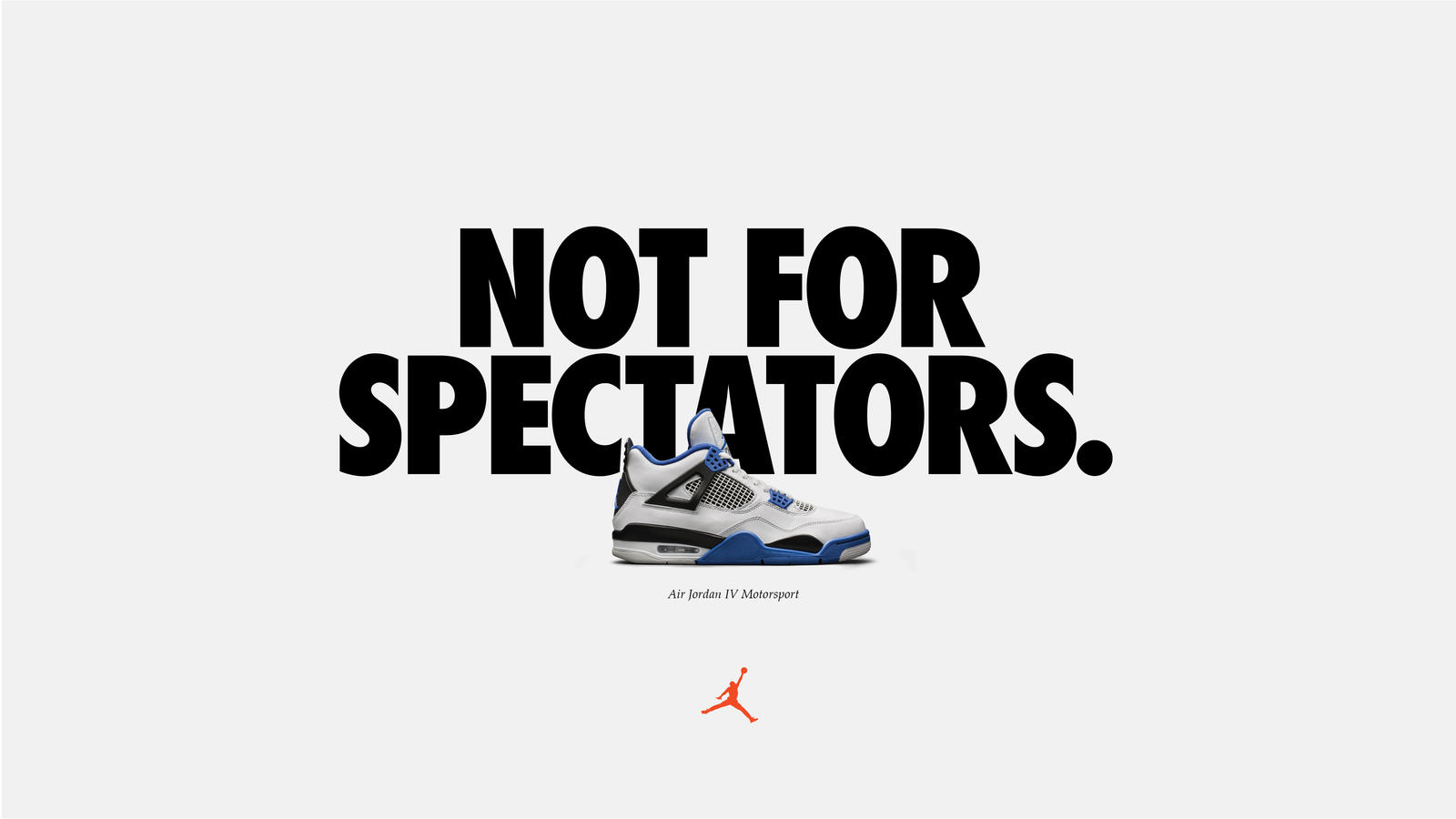 In an effort to “keep your summertime hustle on point,” Jordan Brand has unveiled four new Air Jordan 4 colourways that are set to release over the next few months. Included in the lineup are the KAWS collaboration, the all-white “Pure Money” and a re-release of the iconic “Motorsport.” 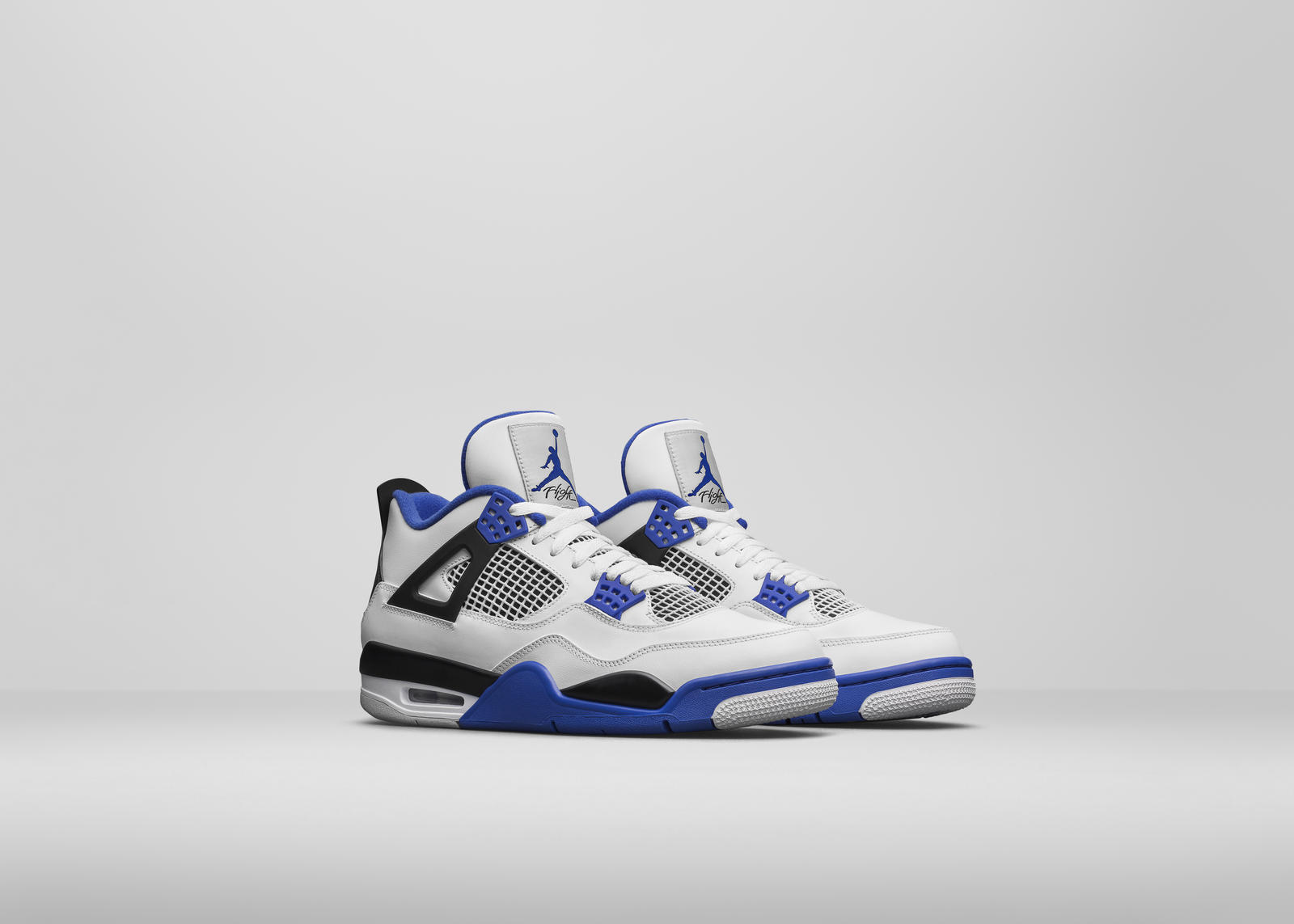 Spearheading the drops is a re-release of the AJ4 “Motorsport,” a limited colourway given exclusively to Michael Jordan’s motorcycle racing team. This version for consumers features a royal blue rework of the original red “Mars” design. 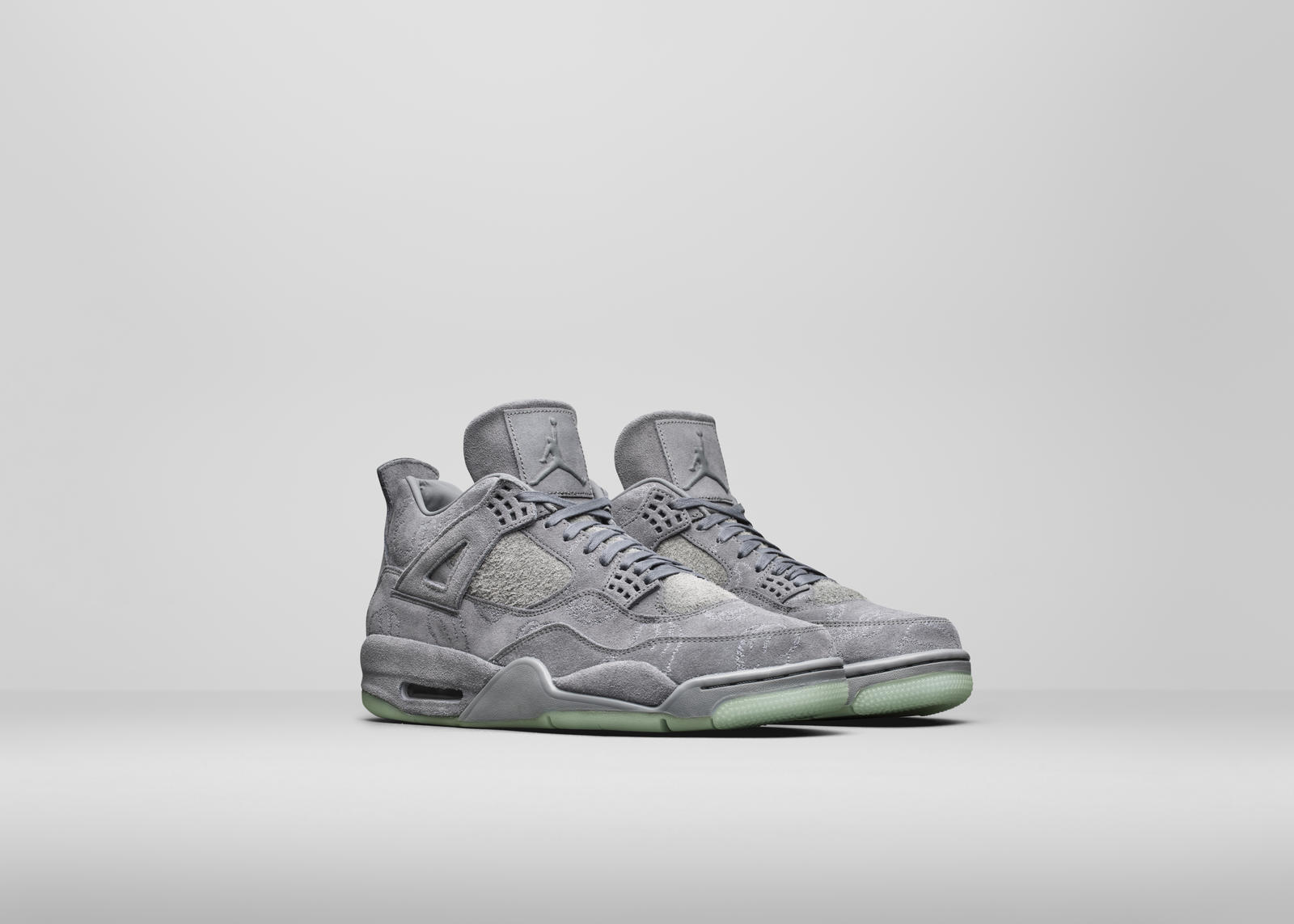 After much anticipation and numerous leaks, Jordan Brand has officially unveiled its first collaboration with NYC artist KAWS. The all-grey upper is complimented by a glow-in-the-dark sole. 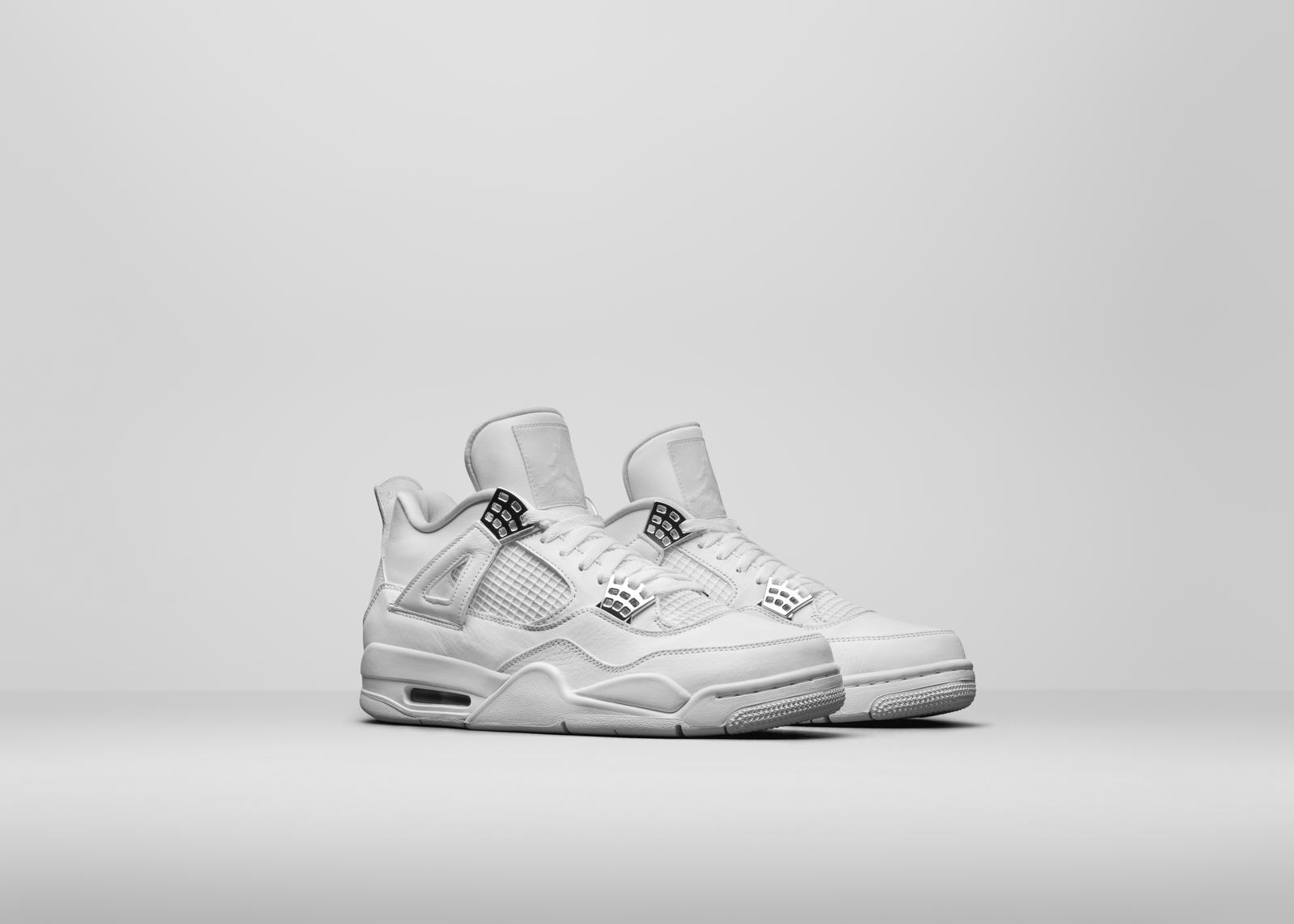 The all-white classic AJ4 is back. The “Pure Money” colourway is coated with a clean white and complimented by silver wings. You’re going to want to keep these in the box. 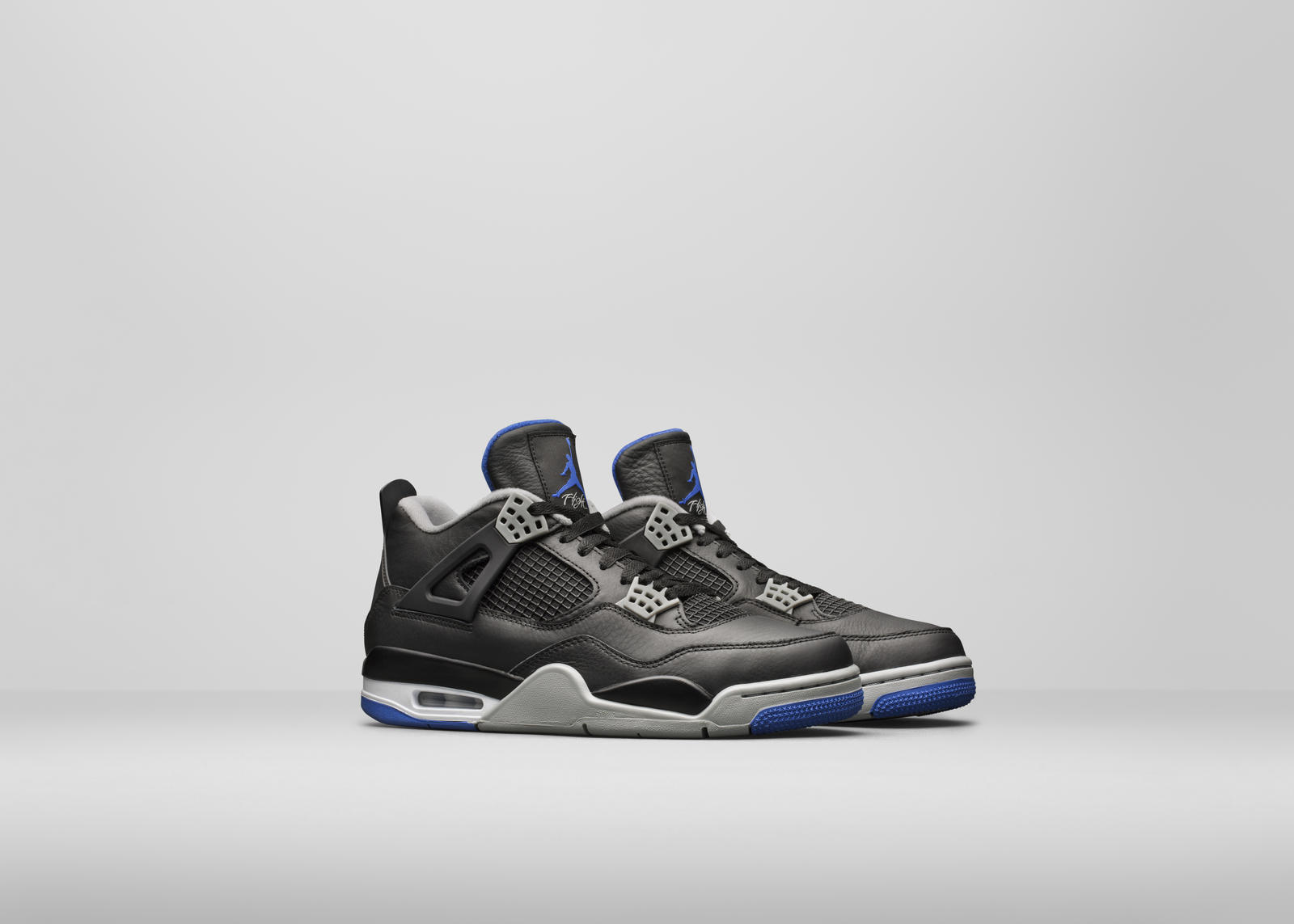 The last AJ4 in the summer lineup pays homage to the “Motorsports” colourway and offers fans a dominantly black upper with royal highlights.