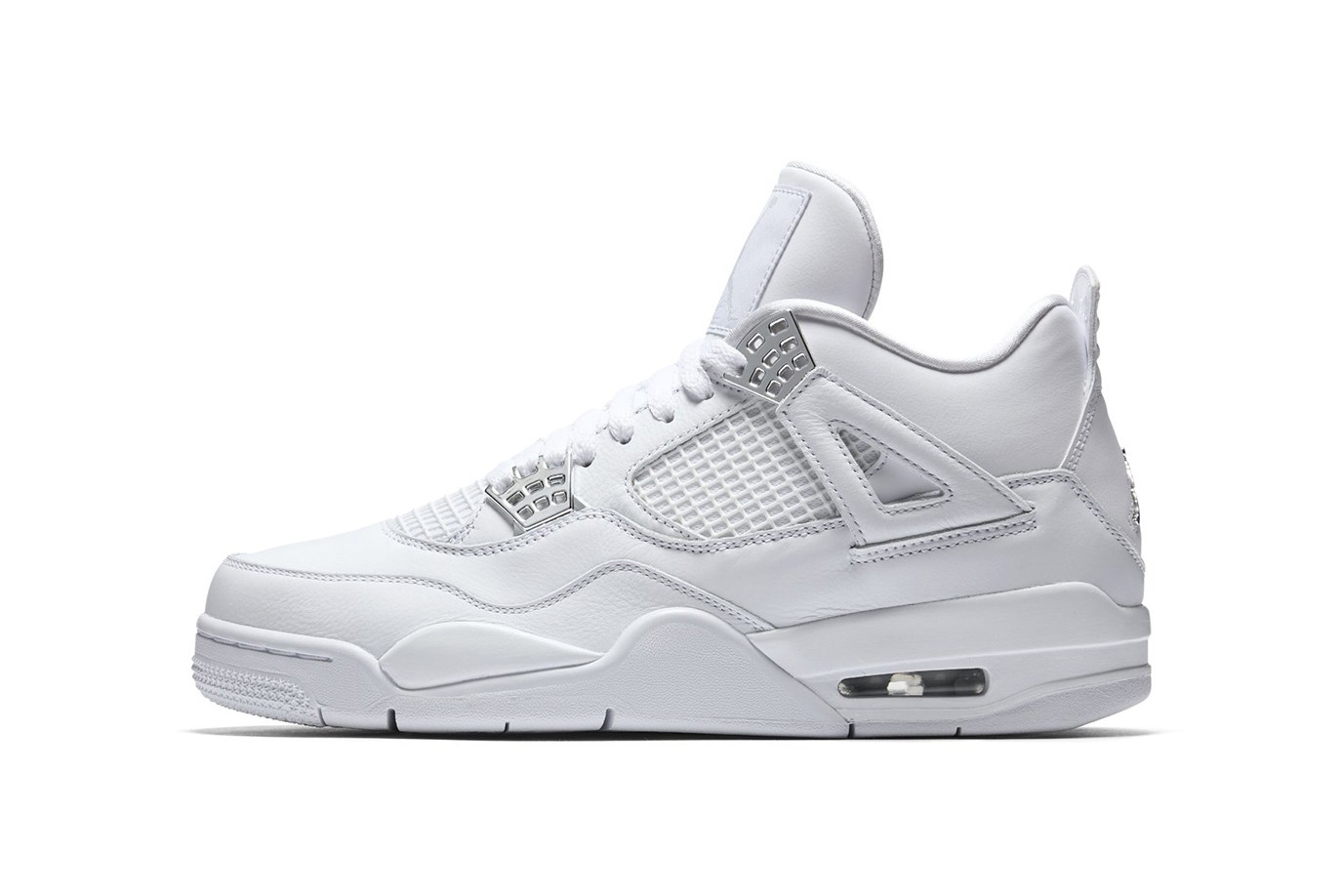 The 2017 reimagining of the 2005 original stays true to its predecessor, seemingly appearing to show no additions or changes to the design; the primarily white sneaker retains its leather upper and metallic features. This one is clearly for the sneakerheads and can be expected to sell out quickly.

The Air Jordan 4 “Pure Money” Retro will release on May 13 and will retail for $190 USD. Check out some more photos below. 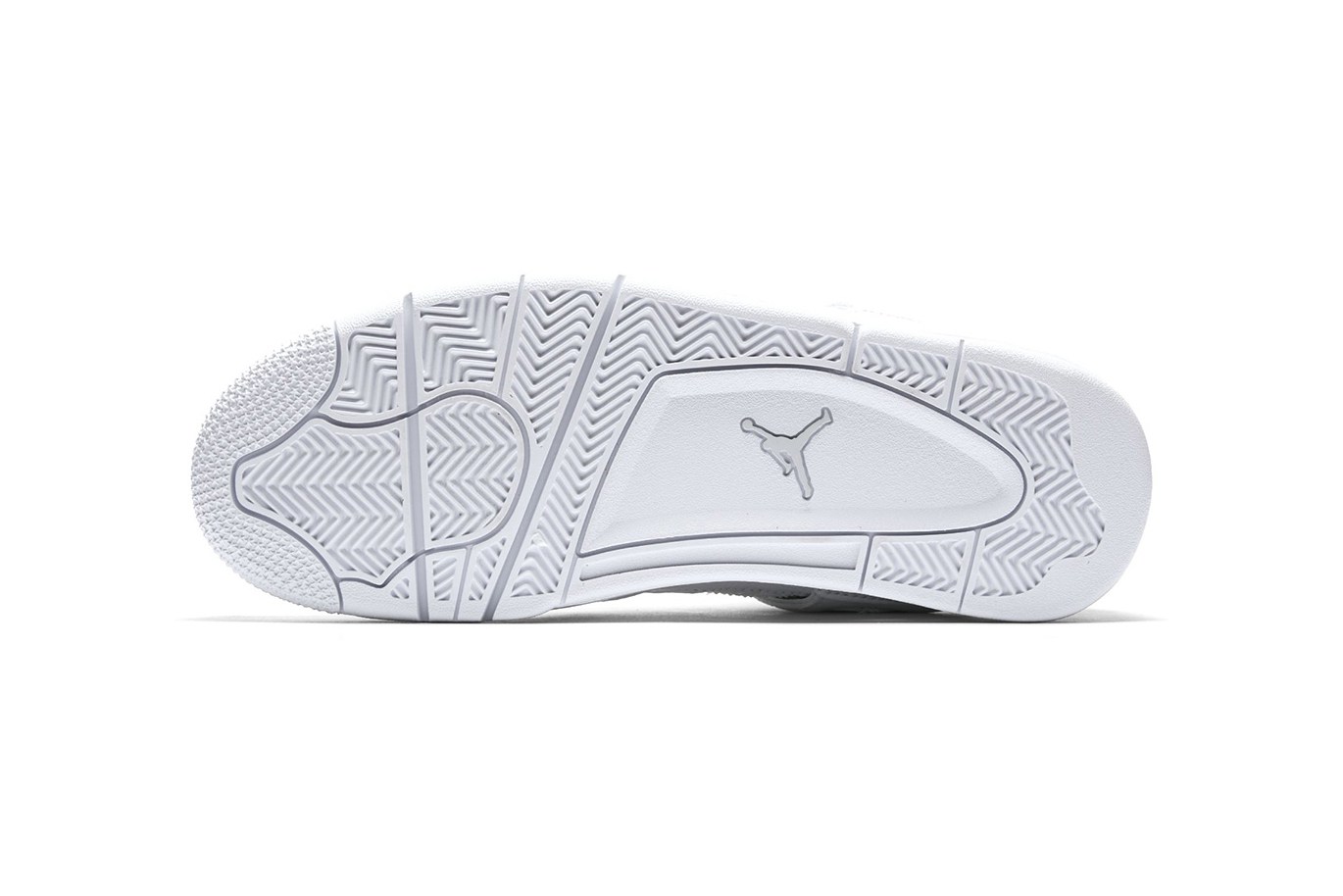 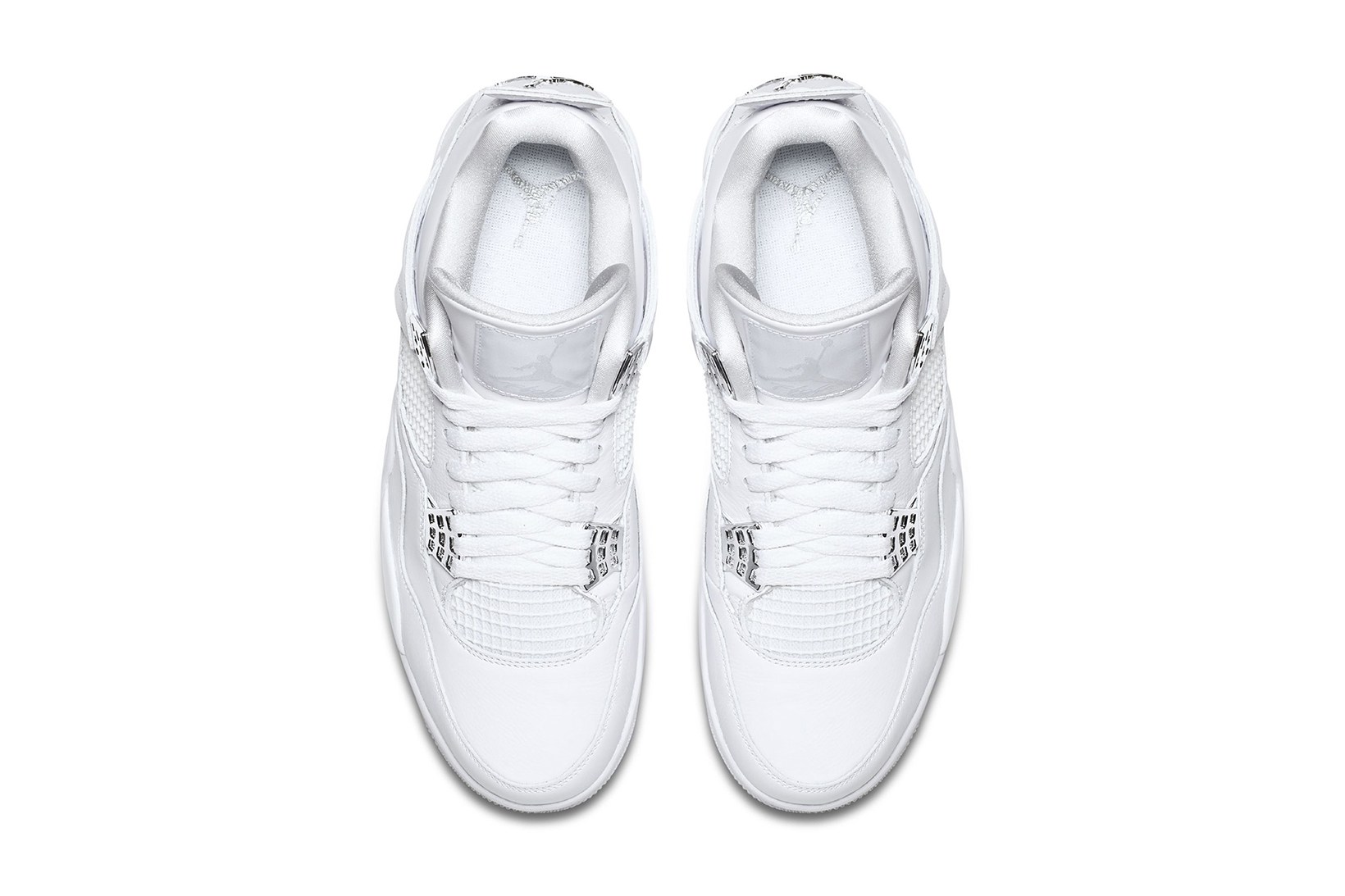 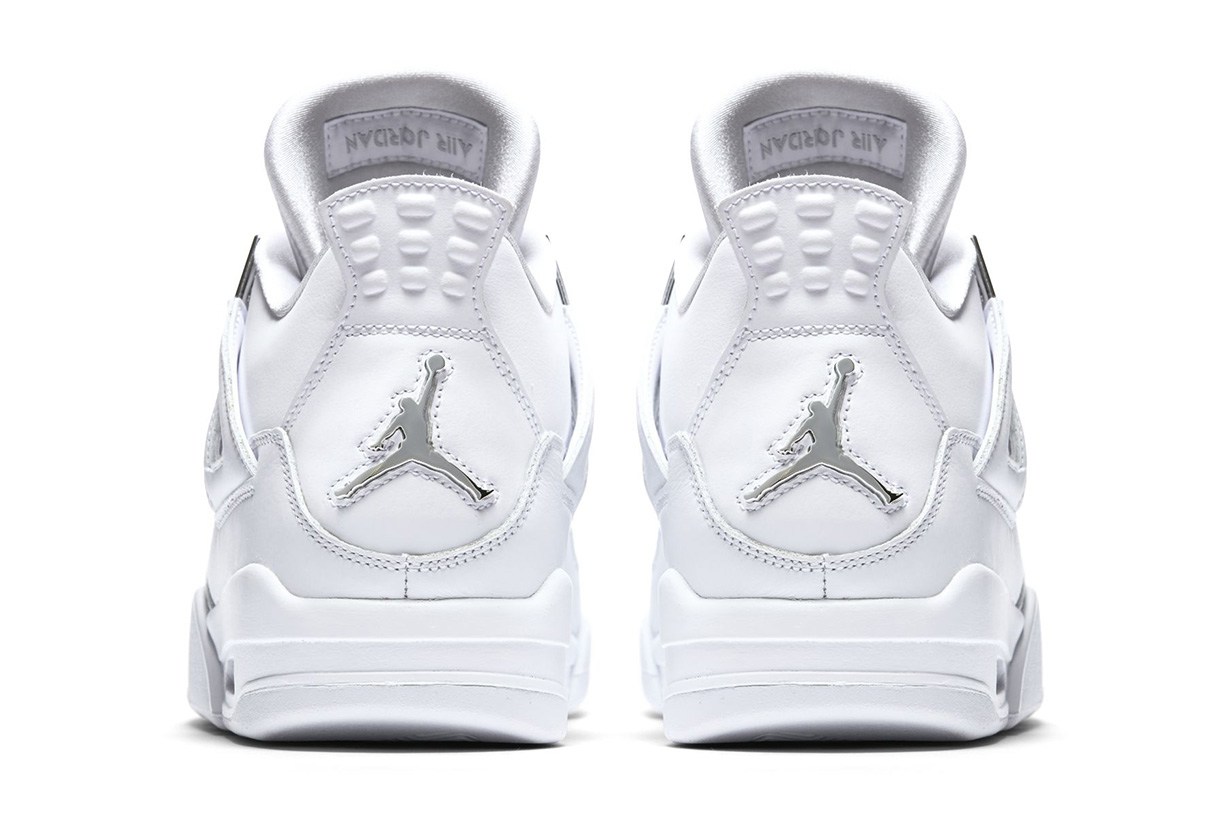