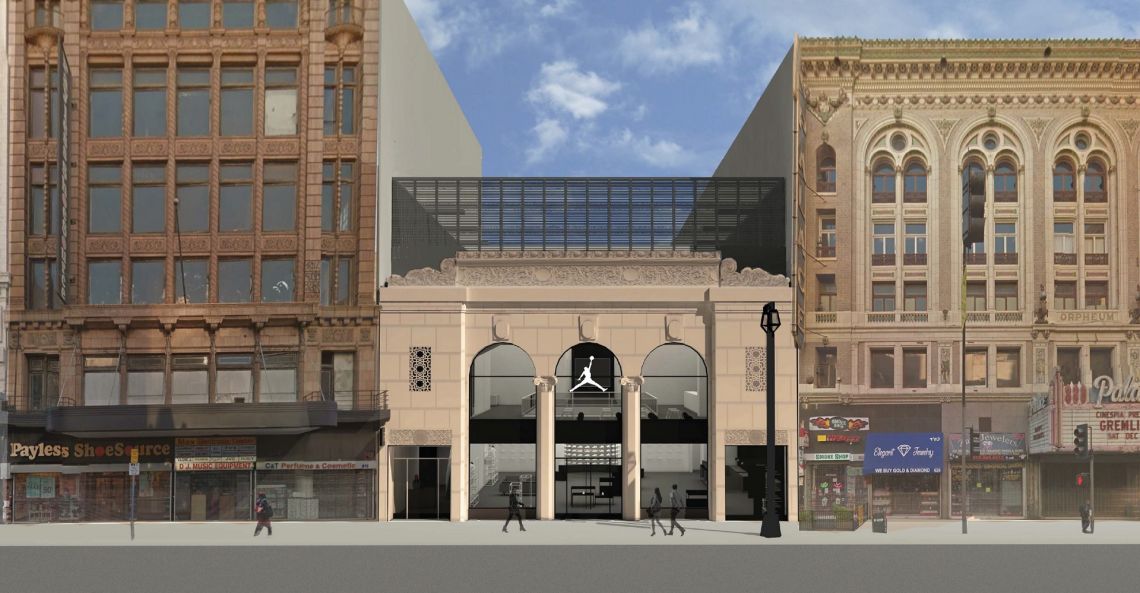 Jordan Brand is looking to expand its retail ventures in North America with a new 19,000-square-foot store in downtown Los Angeles. The brand is due to take over a 1920’s building at 620 S. Broadway, a stretch that also plays home to Shiekh and Footaction.

The space will reportedly be a mixture of retail and consumer experience, including a VIP lounge, rooftop basketball court and more. This follows an experiential retail model that Nike is championing with stores like the Nike Soho store in New York City.

The store will reportedly open before the 2018 NBA All Star Weekend, which will be held in LA from February 16-18 of next year.