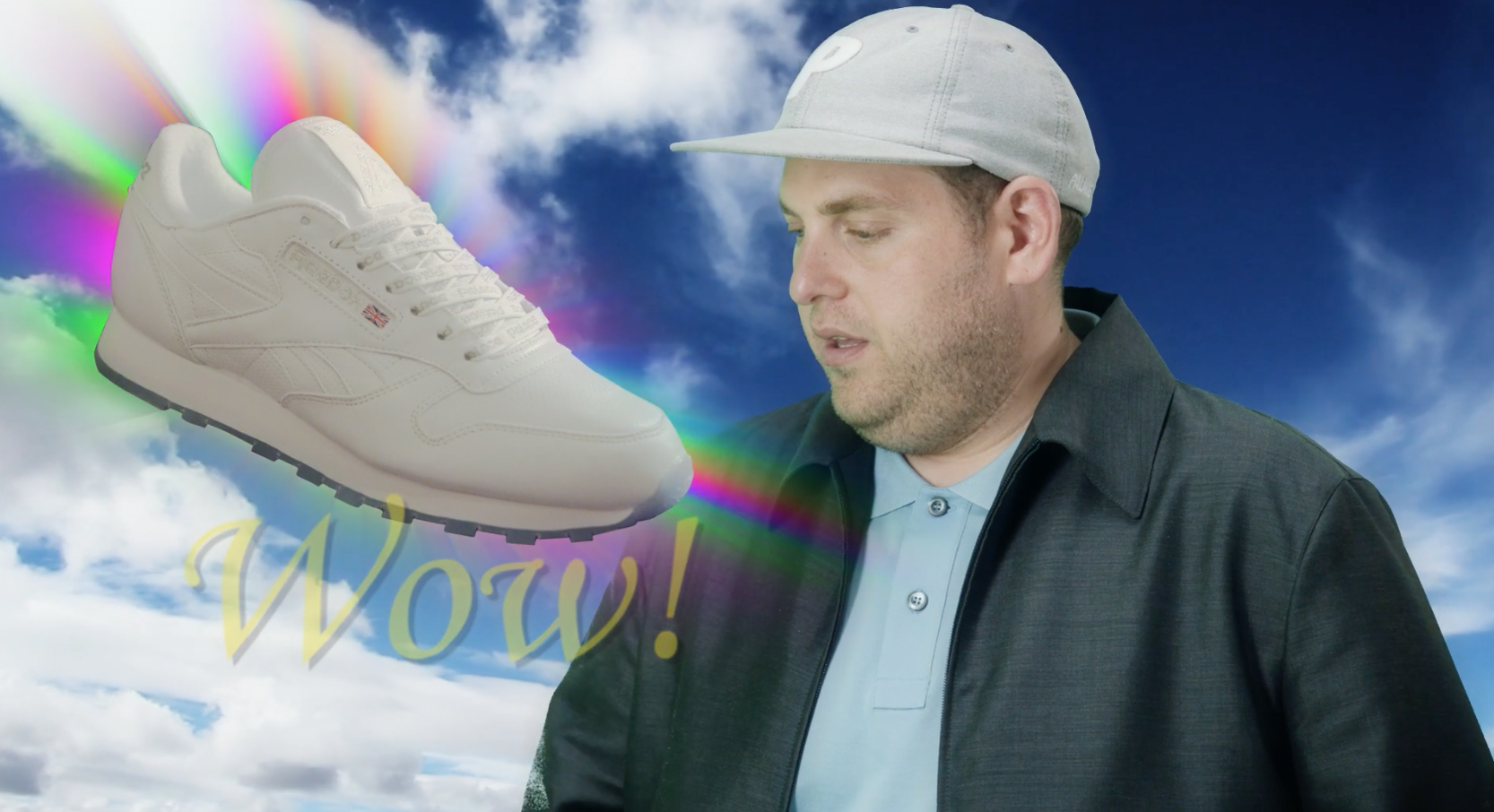 Today Palace and Reebok Classics have announced their next wave of collaborative kicks, by way of a hilarious video starring “paid spokesperson,” actor and streetwear fan Jonah Hill. The video has a hilariously uncomfortable scripted feel to it not unlike bad infomercials, and takes place at the Palace store in London where Hill has clearly been superimposed on a green screen.

The collaborative Club C’s are shown in three different colourways including white, black and navy in the video for the low low price of ¥198.99 per month, and the Reebok Classics have been redone in a white and black with clear soles. Both sneakers feature Palace logoed tongues and and laces and are available on July 9th at the London Palace shop as well as online.

Watch the video above now and stay tuned for the drop.