Die-hard fans of Joji may also know him by his former eccentric YouTube alter-ego “Filthy Frank” whose blend of outrageous and mockingly offensive humor garnered him over 6 million subscribers. Most notably, prior to his days as “Joji”, Miller can be identified as the progenitor of the wacky “Harlem Shake” video meme that swept the world by storm in 2013. 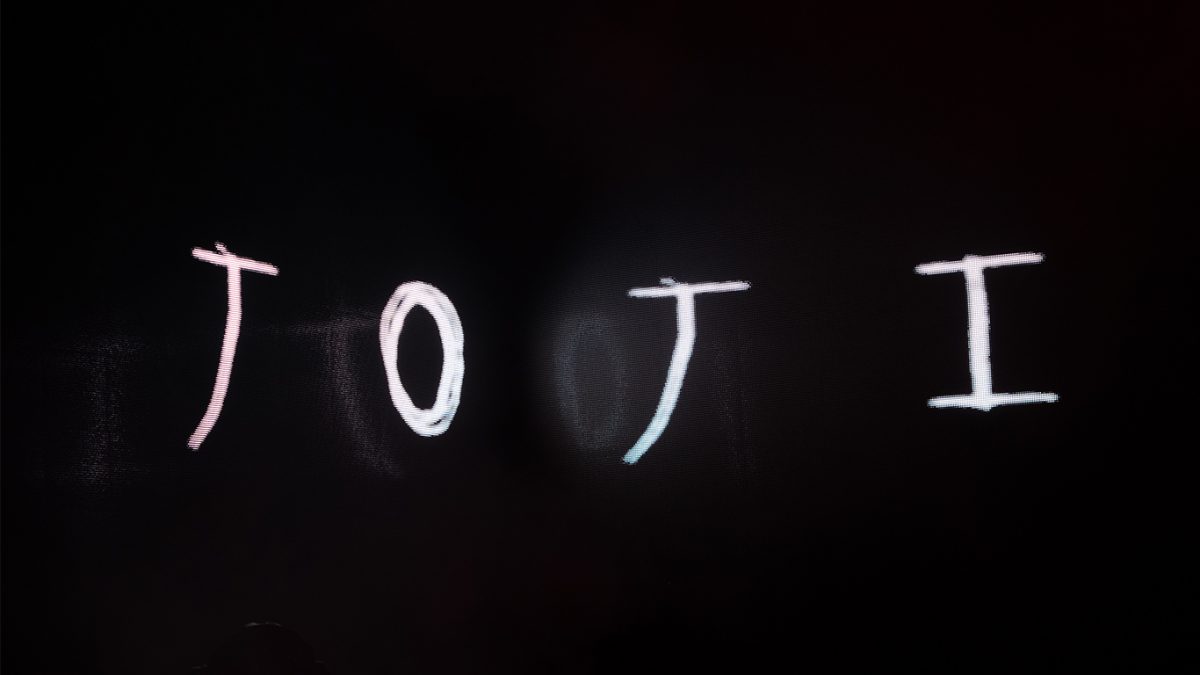 With the mantle of “Filthy Frank” retired in 2017, Miller embarked on a distinctively new venture in the world of R&B and lo-fi music. His performance on September 13th in Vancouver showed a nearly sold-out audience that he had made the correct choice.

Playing to an audience of mostly streetwear-clad young adults, Joji’s playful attitude was shown in full effect during his set. Often, between songs, he would offer Tostitos chips to fans in the front audience in a segment he proudly called “Chip Time”. In one instance, he had given a chip to his pianist after the latter had finished a jaw-dropping solo. A quick-witted Joji then snidely exclaimed, “now that you have that chip don’t try to outdo me in another show”.

However, even though the show started well, there was a buzz in the crowd about the erroneous sound coming from the stage. This was most apparent during the third song “Sanctuary” which is also one of Joji’s most boisterous tunes. Regarding this, a strange, muffled reverb made what would have been an uplifting anthem into a jumbled cluster of noises. The audience made their confusion clear, with a few fans in the crowd pleading for the sound to be immediately fixed. Luckily, after a short intermission, everything was back to normal, much to everyone’s pleasure.

In addition to the aptly named “Chip Time”, the audience was once again made to grin ear-to-ear when they were surprised with Joji’s own rendition of Randy Newman’s “You Got a Friend in Me”, a song made famous from the “Toy Story” series of films. A clever joke was made with the insertion of the word “Vancouver” whenever possible into the lyrics of this already wholesome and iconic tune. The audience in Vancouver had known by then that Joji wasn’t simply in town for a pay cheque; but rather he was there to embrace his Canadian fans with his jubilant good-will.  With all of this in mind, despite abandoning the YouTube persona of Filthy Frank that emblemized his comedic ability, it was clear that Joji’s humor fully remained.

Despite the hiccups in the beginning portion of this set, a powerful consistency with each passing song was established after. For example, the song “Test Drive”, which ultimately became one of the artist’s most streamed songs, was met with emphatic reaction from the crowd. Every beat was hit and enthusiastically matched by those watching and singing along. 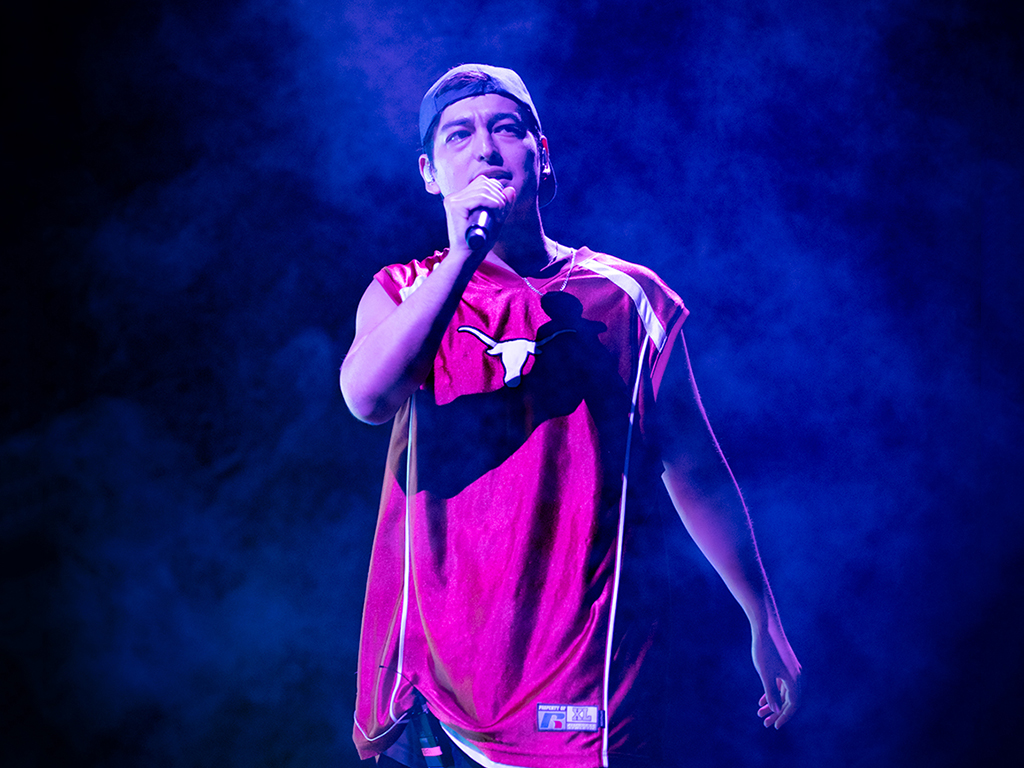 The set concluded with one of Joji’s most popular – yet vulnerable songs: “Slow Dancing in the Dark”. A sullen look had glued itself onto his face as he thanked the Vancouver audience and began to sing the words. In intense cathartic tandem between performer and audience, the following chorus flooded the Queen Elizabeth Theatre:

“Give me reasons we should be complete

You should be with him, I can’t compete

You looked at me like I was someone else, oh well

The vulnerability of these words that scream out feelings of loneliness and anxiety – feelings that are so common amongst young people in North America today – sung in unity between Joji and his fans provided this set with a profound, and memorable, end.

Joji’s live performance on September 13th in Vancouver was emblematic of who he is as a person. Many of his songs played at this show such as “Test Drive”, “Slow Dancing in the Dark” and “Demons” are notably etched with melancholic lyrics and beats tangled with soulful vocals that appeal to the zeitgeist of North America’s younger generation. While his songs, lyrically and musically, pierce into his vulnerabilities and sensitive side, his demeanor in between songs fervently expresses a vastly different layer of his personality. By the end of the show, and despite any shortcomings, audience members had laughed at Joji’s outrageous humor and had likely been near tears at the performance of his most vulnerable songs. This was, overall, a strong showcase by an artist who has only truly taken a serious stab at music for a few years. Finally, it’s clear that even though he has left the eccentric persona of “Filthy Frank” for the alluring but gloomy and lonesome “Joji”, he is still a crowd-pleaser at heart. 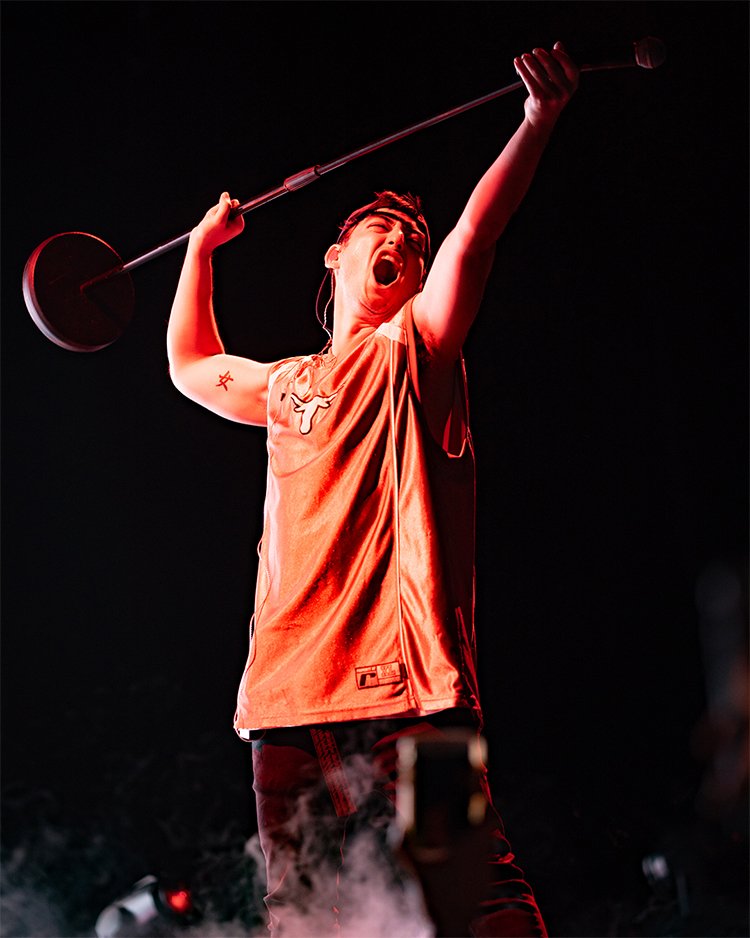