Joey Bada$$ Performs “Land of the Free” on Stephen Colbert 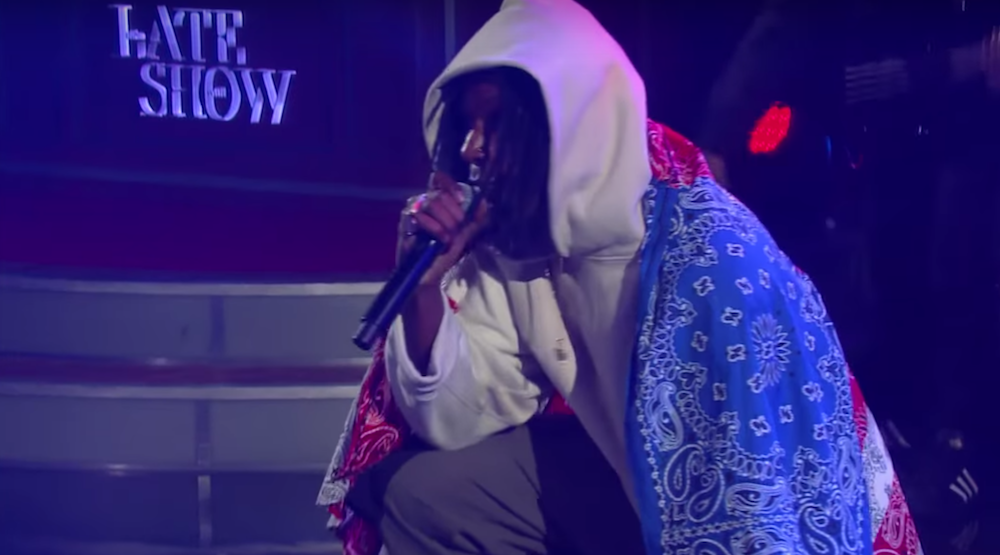 Joey Bada$$ recently stopped by The Late Show with Stephen Colbert to perform “Land of the Free” from his upcoming album, ALL-AMERIKKKAN BADA$$.

Backed by a live band and draped in a custom “Unity Flag” from the album’s artwork, the Pro Era rapper ran through the lyrical track with ease as he made his Late Show debut. The groove of the live instrumentation and vibe of visual treatment do a stellar job of complementing the positive messaging of the song.

Watch the performance below and look out for ALL-AMERIKKKAN BADA$$ on April 7.