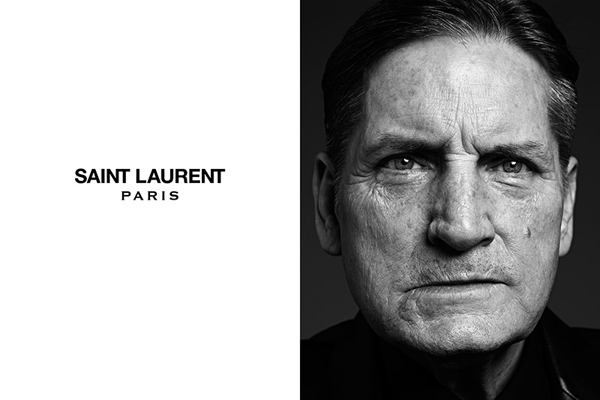 American actor and Warhol superstar Joe Dallesandro has been photographed by Hedi Slimane for Saint Laurent. Dallesandro starred in the movie Flesh as a teenage street hustler and Trash, the “Best Film of the Year” according to Rolling Stone magazine in 1970, making him a star of the youth culture, sexual revolution and subcultural New York art collective of the 1970s.