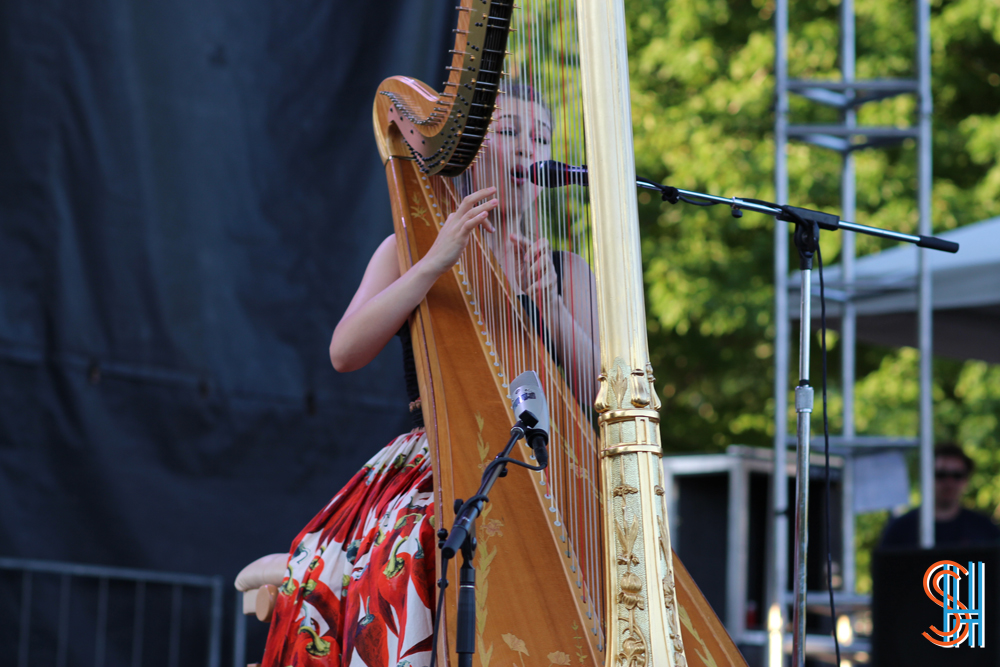 We wound down the first day of Pitchfork Music Festival at the beautiful Union Park with a set by hipster harpist Joanna Newsom. She took to the stage to play her gold harp looking rather adorable in a beautiful hot pepper printed skirt and black belted bustier. Her long blonde hair blew in the wind as she played her polyrhythmic melodies and sweetly sang along.

Looking back into the crowd upon exiting the photo pit, we spotted a handful of die hard Newsom fans who were quite literally balling their eyes out, which is the expected reaction to her folky, highly emotional compositions. She played tracks from Have One On Me  as well as a few new ones which names escape us, as well as the popular 2011 single “What We Have Known.”

Newsom dazzled a large crowd of fans with a rather fitting act to watch by sunset, before the glorious storm that hit during Bjork’s set. 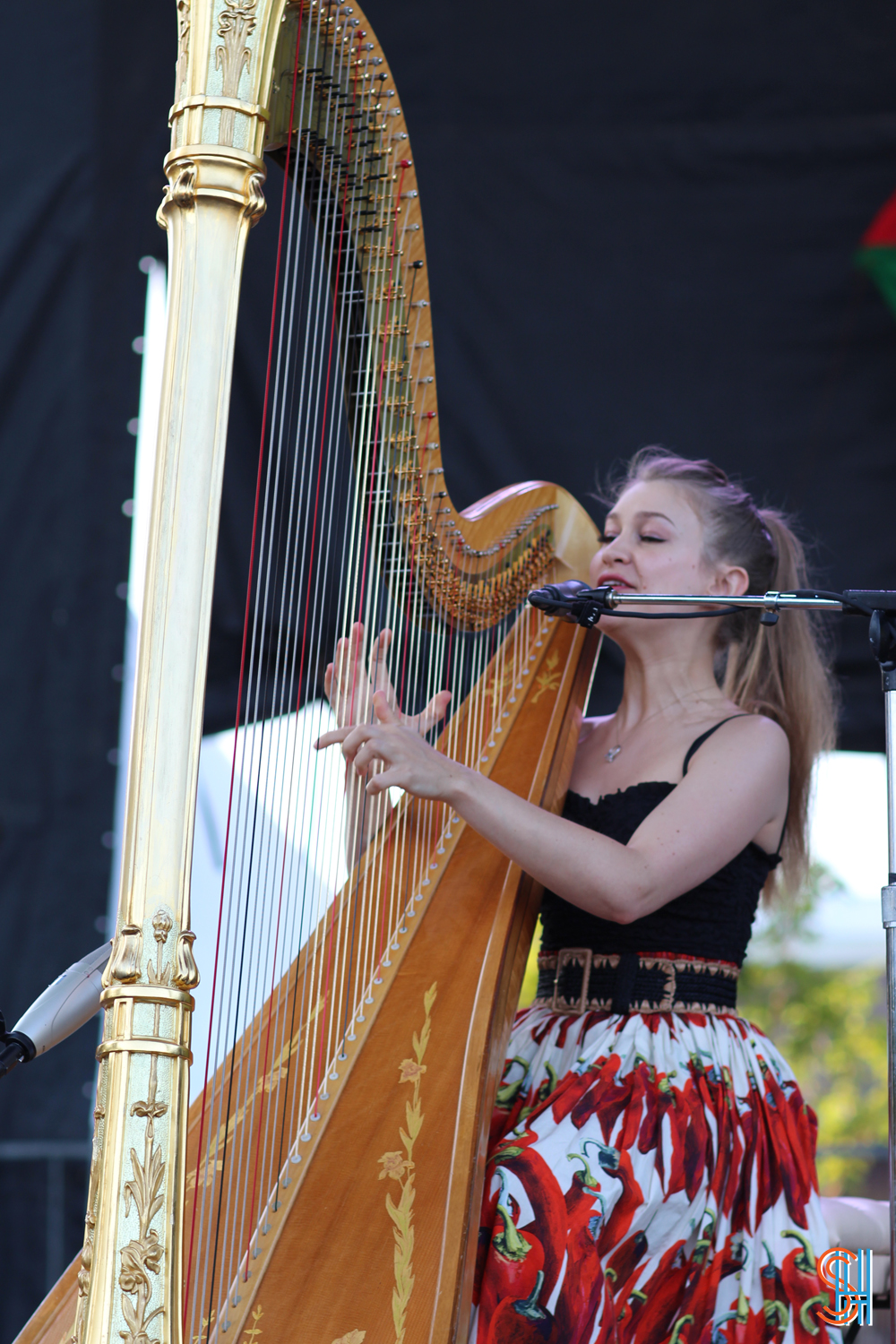 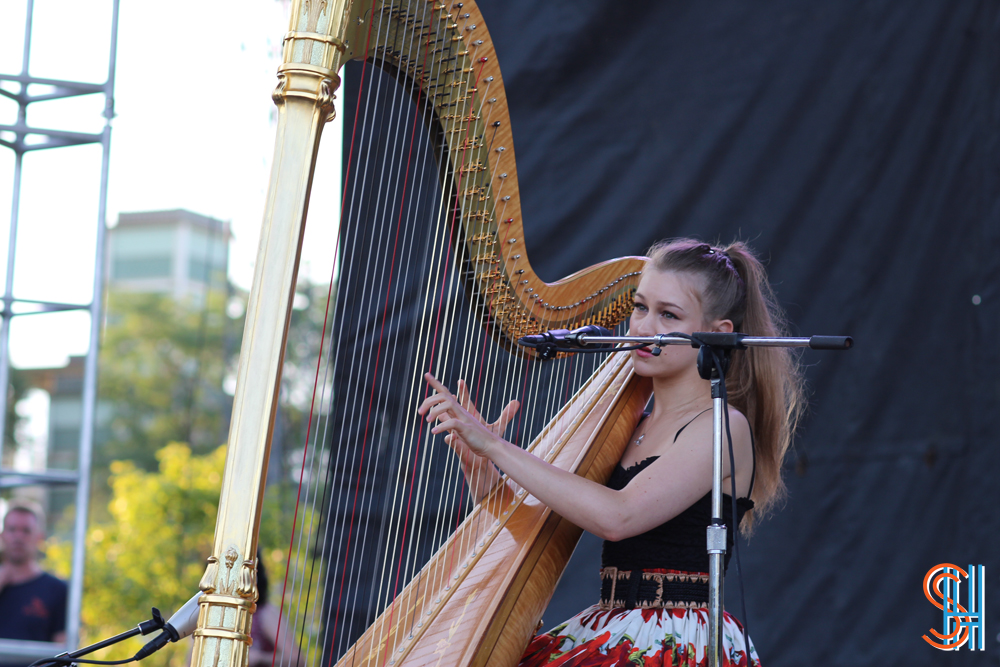