The Polaris Music Prize is one of Canada’s most coveted honours. The selected Canadian albums of the year are judged purely on artistic merit and not the genre, sales or whether or not the artist(s) are signed to a label.

Selected by a Grand Jury, the Polaris winner takes home not just the title but also $50,000. The remaining Short List nominees each receive $3,000 courtesy of Slaight Music.

Alvvays (who were nominated for their album Antisocialites) were not at the show, however, they used their performance slot to showcase the band Deep VVaters, who performed in their honour. The band is part of Toronto’s Girl’s Rock Camp. It was an endearing moment.

Throughout the evening we also saw video clips from the likes of Babyface, Win Butler, Karkwa, George Stroumboulopoulos and Tanya Tagaq, all of which vouched for one of the 10 finalists and explained why they thought that particular artist or group deserved the prize.

For Babyface, it was Daniel Caesar who “caught [him] by surprise” and the multi Grammy Award-winner said he hadn’t heard a sound like Caesar’s in a long time, pointing to the 23-year-old’s passion and pain and ability to speak to a new generation while summoning emotions like that heard from records past.

George Stroumboulopoulos threw his support behind Snotty Nose Rez Kids and championed the force behind the independent hip hop act, saying that both Yung Trybez and Young D are doing something worth listening to. Stroumbo also said that “It’s necessary for an artist to be brave” and to challenge what’s happening around us and also for us to “celebrate people who are about something.”

As for former Polaris winner Win Butler it was all about Pierre Kwenders who Butler said came out with a really formed body of work—from the colour scheme to the aesthetic to the merchandise to the way the stage show’s represented.

“As it becomes easier to produce music people don’t put as much time into the whole aesthetic vision,” said Butler. Referring to Kwenders Butler said, “There’s some Prince in there, some electronic influences, hip hop influences and it all kind of makes sense.” Butler also mentioned how great artists are able to take various influences and bring them into harmony and “you don’t even question it” and for him Kwenders does that. “All this and he’s not signed to a label outside of Canada,” too.

Thanking his producer Buffalo, the 2018 Polaris Music Prize winner, Jeremy Dutcher, said “You came to me and asked me how I wanted to make this record and you did it on my terms and that’s a pass forward.”

Dutcher also told the crowd that we are in the midst of an Indigenous renaissance, which prompted roars and chants from the room. 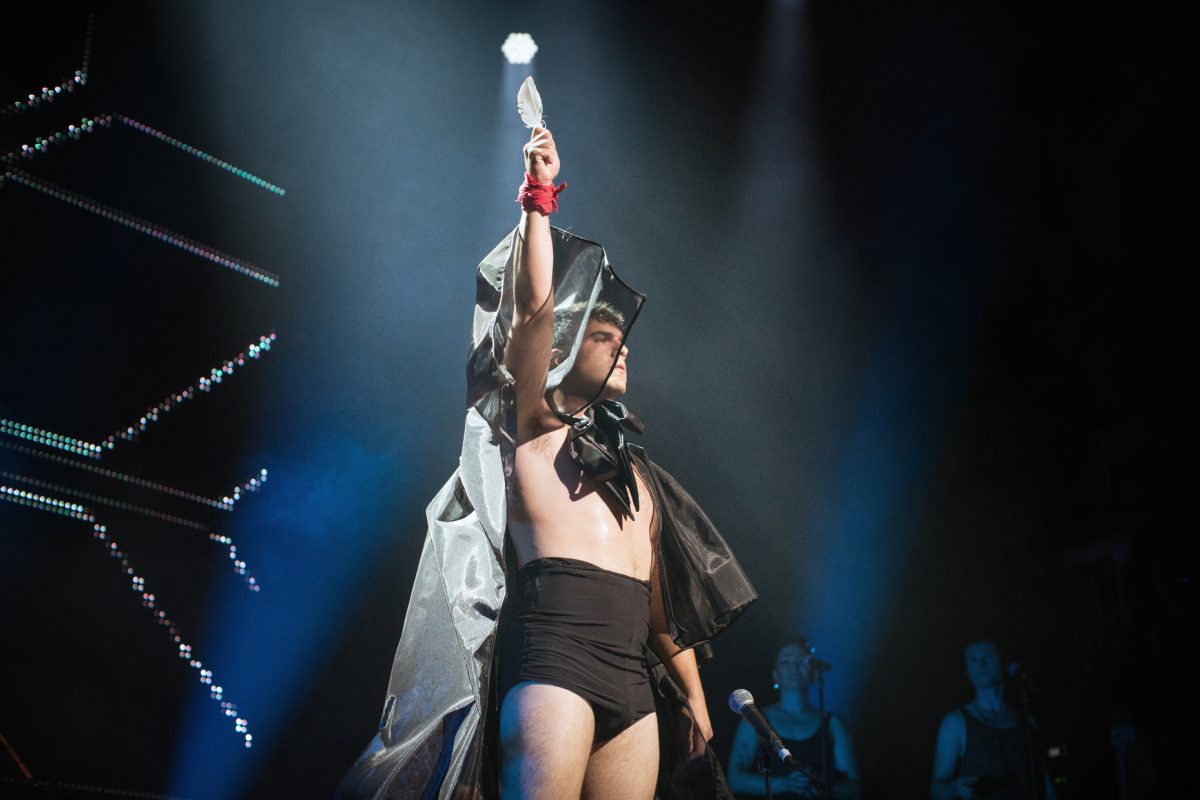 Other key moments of the night came from artists like Jean-Michel Blais, who had the entire audience silent while he entranced through his piano work and electronic production; Hubert Lenoir whose full-on performance saw him jumping into the audience screaming “I’m your French Canadian nightmare” and finishing off by belting out some good ol’ Whitney Houston; and Snotty Nose Rez Kids, who stirred up serious rhythm and appreciation from the crowd. There’s some good hip hop to be heard here.

Pierre Kwenders – MAKANDA at the End of Space, the Beginning of Time

Partner – In Search Of Lost Time

U.S. Girls – In A Poem Unlimited