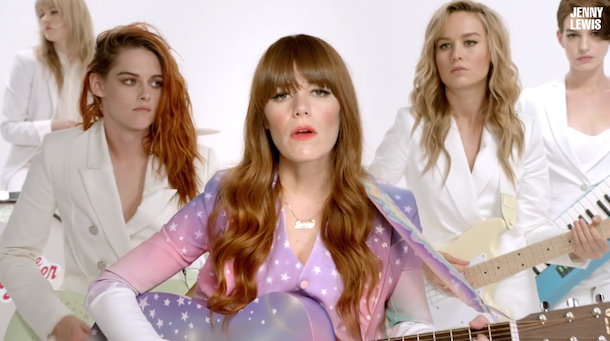 Jenny Lewis certainly proves she’s got some cool friends in her video for “Just One Of The Guys” which features Anne Hathaway, Kirsten Stewart, and Brie Larson as acting members of her band, who end up dressed as men for talk the video in matching adidas tracksuits. The clip bounces from images of the band all dressed in white to them as men, with fake moustaches, rat tails, tracksuits, and oversized hats mouthing the words to Lewis’ song.

Check out the clip directed by Lewis herself below.