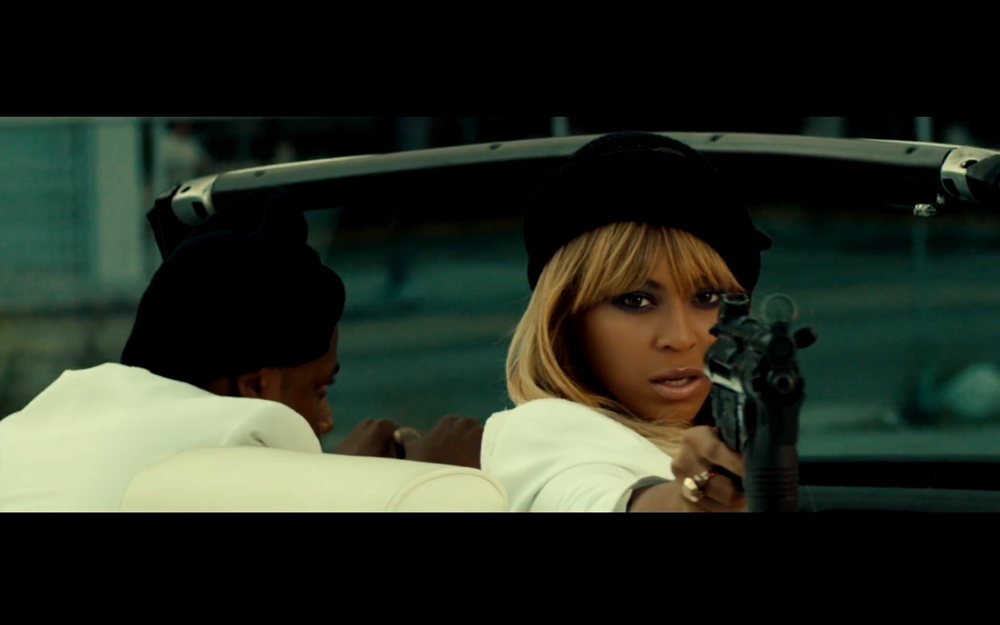 Jay Z and Beyoncé have released a short action movie film teaser with a star-studded cast to promote their upcoming ‘On the Run’ tour. The Melina Matsoukas clip features Sean Penn, Jake Gyllenhaal, Blake Lively, Don Cheadle, Guillermo Díaz, Emmy Rossum, Rashida Jones, and Kidada Jones, with Bey and Jay playing the role of bank-robbers on the run. The action-packed video features a ton of gun play, strip clubs, high-speed chases, Bey dancing suggestively, and so much more. We would be totally pumped to go see this if it was a movie, but as per the trailer it’s “coming never,” so this is it.

The “On the Run” tour officially starts next month.