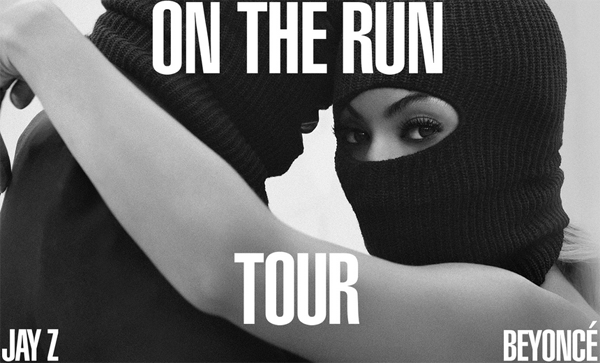 America’s most powerful musical couple, Mr. and Mrs. Carter are taking their multi-talented show “On the Run” this summer as they do a co-headlining stadium tour. The tour is named after Beyoncé and Jay Z’s collaboration track off his Magna Carta…Holy Grail album, and kicks off on June 25 at Miami’s Sun Life Stadium. The 16-date North American tour with have the two playing stadiums across North America including Toronto’s Roger Centre, L.A.’s Rose Bowl, San Francisco’s AT&T Park and many more.

Tickets go on sale to the general public starting Friday, May 2, with a pre-sale beginning tomorrow, Wednesday, April 30, at 10 a.m. local time. The tour is in partnership with Beyoncé’s charitable organization #BeyGOOD and will donate $1 from every ticket purchased to the Shawn Carter Foundation to support students.

Jut think of all the collabo’s these two are going to do on stage together. You are not going to want to miss this. Take a look at all the tour dates below.

“On the Run Tour: Beyoncé and Jay Z” Dates