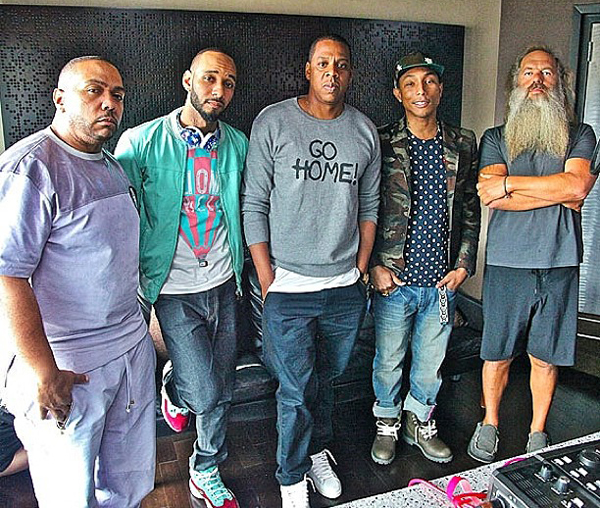 During game 5 of the NBA finals Sunday night, Jay-Z aired a TV spot which featured the rapper in a studio, talking with a bunch of people, including Rick Rubin, Pharrell Williams, Swizz Beatz, Timbaland and more. The ad announced an interesting new collaboration between the Samsung Galaxy and Jay-Z‘s new forthcoming album, titled Magna Carta Holy Grail. The album will be made available to Samsung Galaxy owners first by downloading an app on June 24th which will get you the album free on July 4th, three days before the rest of the world. 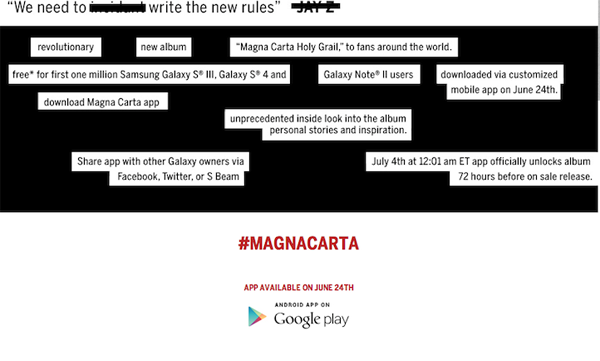