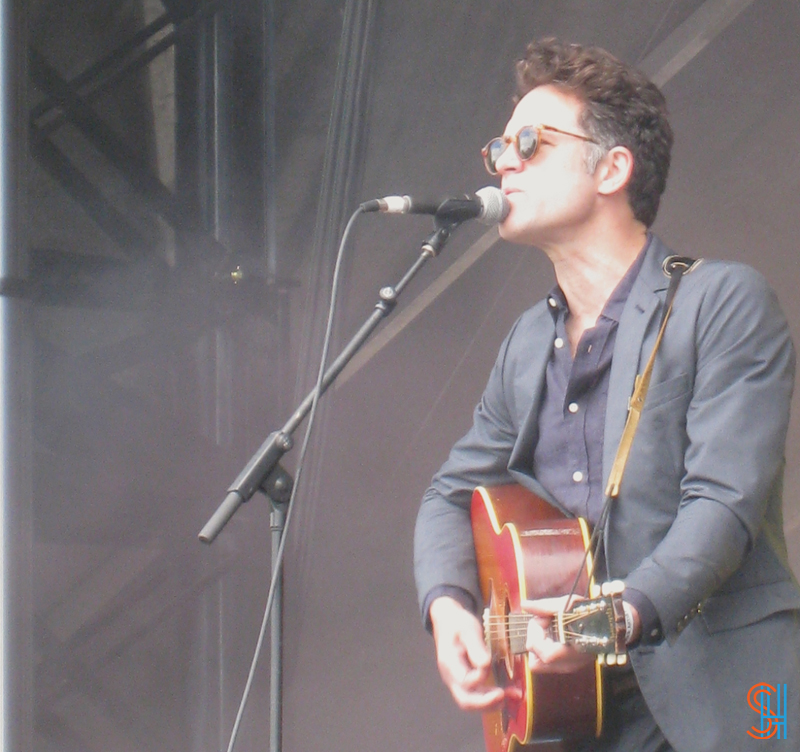 If any act was going to bring the sun out on Field Trip day, it was Jason Collett.  Bring the sun he did, literally and figuratively, as the rays broke through the grey clouds partway through his set to bathe us in warmth and get us started on the nostalgic journey we were in for.
Collett played a balance of newer and older tracks, such as “Hangover Days” with Star’s Amy Millan joining him on stage with her daughter, Delphine, in tow. Collett and Millan performed the duet truly and wonderfully, with Amy’s Stars bandmate Torquil Campbell coming out as well to get in on the fun. I imaged Delphine may call him “Uncle Torquil” based on how excited she was when he came on stage.
Another highlight of the set was Jason’s mention that the real Toronto does not include a Walmart, before going into his performance with Zeus of “Charlyn, Angel of Kensington”.  Known as an advocate of social issues in the city, Collet’s comments were a dig at the proposed developments of a Walmart beside Toronto’s tight, independent Kensington community. Damn the man Jason! 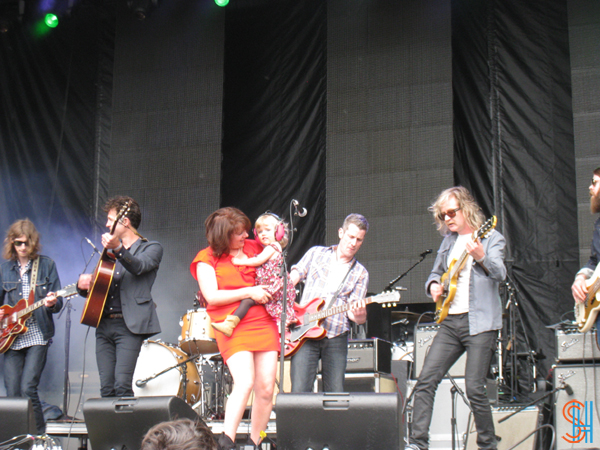 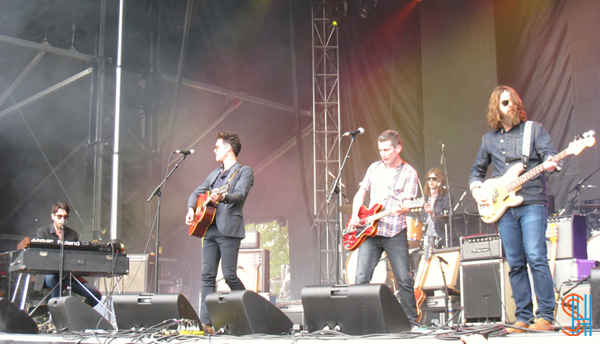