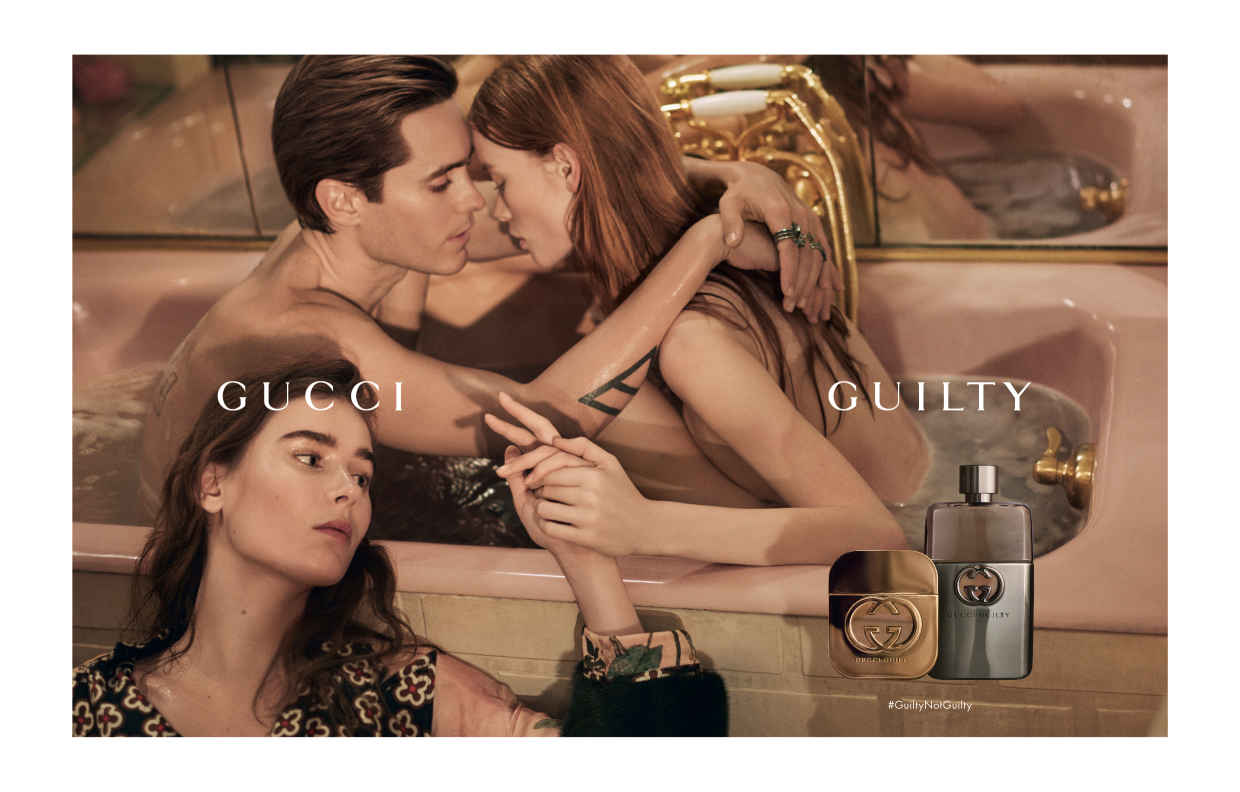 The first look at Jared Leto’s campaign for Gucci Guilty has finally arrived via his personal Instagram feed as well as Gucci’s. Following along after former Gucci Guilty campaign stars Evan Rachel Wood and Chris Evans, Leto stars alongside models Julia Hafstrom and Vera Van Erp in the campaign for the brands best selling fragrance. I

n the first image seen above, Leto gets naked in the tub with Hafstrom while Van Erp lays, clothes on on the sidelines holding Hafstrom’s hand gracefully. While a few short video clips have been revealed, Gucci has yet to connect Leto to the campaign on their social channels, promising the final reveal of the video shot in a baroque Venetian palazzo by creative director Alessandro Michele next week on September 2nd. This is Leto’s third foray into commercial advertising following campaigns with Coca Coke and Hugo Boss fragrances.

Check out all the clips below now and stay tuned for the big campaign reveal next week.

A special preview of the new Gucci Guilty fragrance campaign, check back on Gucci’s Instagram September 2 to see the campaign video. #AlessandroMichele #GuiltyNotGuilty