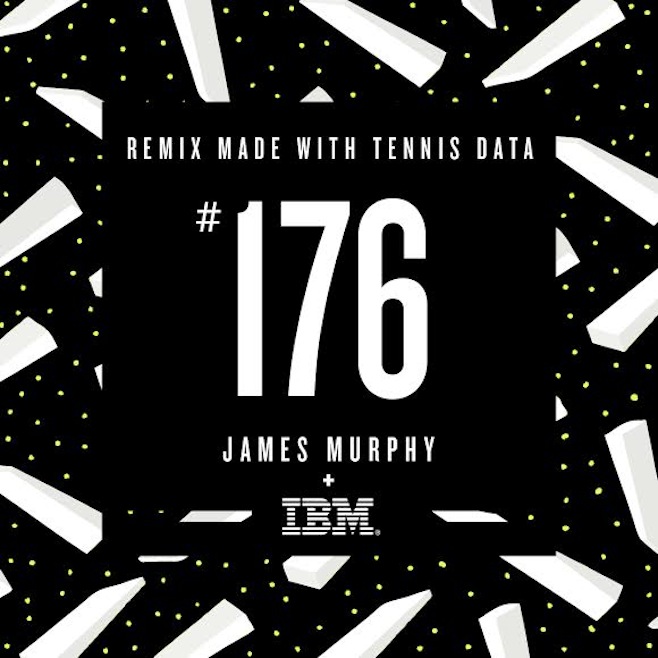 When we heard James Murphy was spending time making music from data collected at U.S. Open tennis matches we were a little skeptical to say the least. Today he has released the first taste in a series of remixes set to appear on the album called Made With Tennis Data which is set for release on December 19th via IBM’s Soundcloud.

“Match 176” is a slow building track (or so we gather from the preview which is just over a minute) that makes us yearn for the days of LCD Soundsystem. We’ll take what we can get though.

Hear the first snippet of “Match 176” below and watch a video which explains how the songs are made.