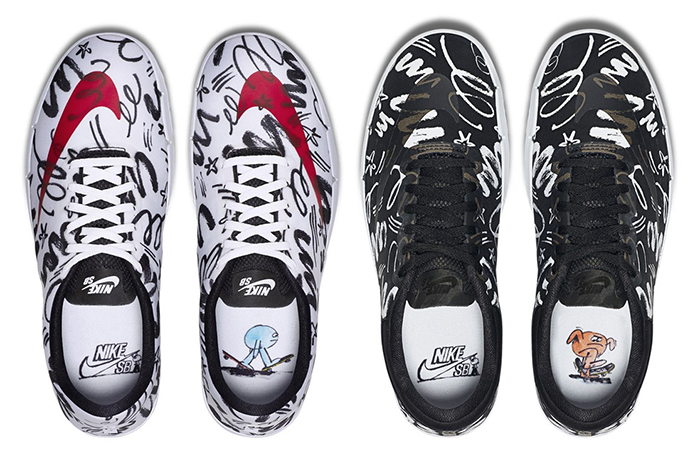 Nike’s skateboarding has teamed up with famed British visual artist James Jarvis to introduce two cool new versions of the SB Free silhouette. Jarvis, who is widely considered to be one of the pioneers of the designer vinyl toy revolution, is known for his unique signature scribbles and animations. The pack consists of a black and white pair of Free’s, with the black pair featuring a subtle green Swoosh, and the white pair, a bold red Swoosh. The sneakers also feature custom insoles with some of Jarvis’ topical artwork. The James Jarvis x Nike SB Free Collection drops at select UK retailers on April 25, with no official word on a North American release yet. 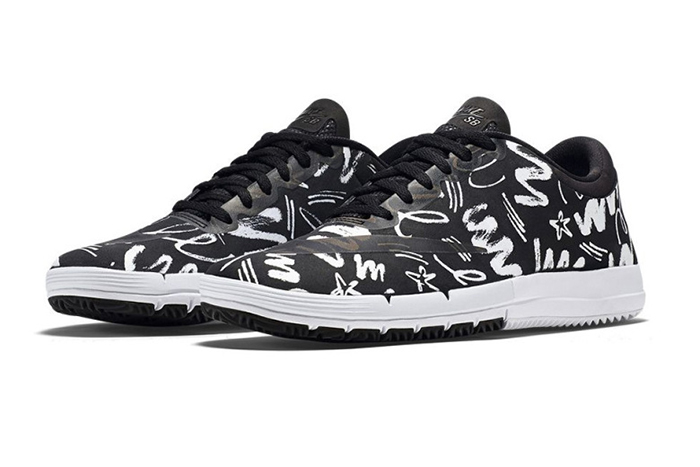 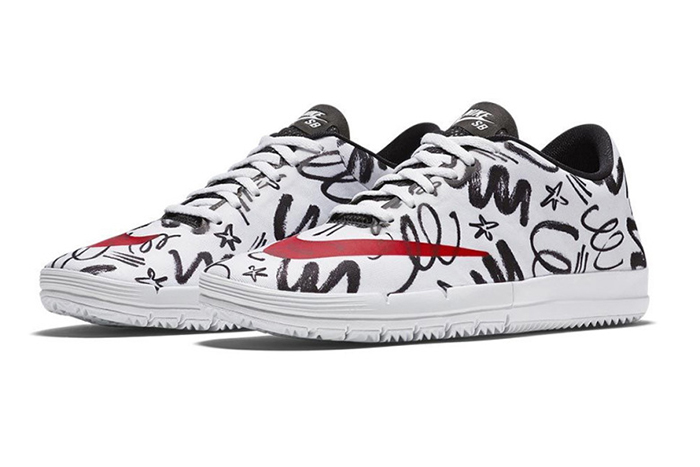