James Blake’s ‘The Colour In Anything’ Out Tonight 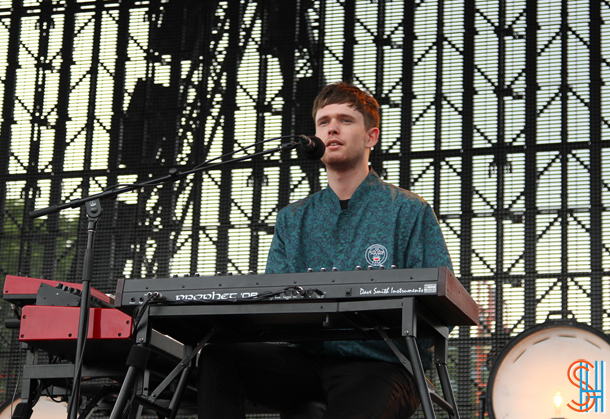 James Blake went on Annie Mac’s BBC Radio 1 show tonight and dropped two songs and announced that his new album The Colour in Anything is out tonight. That’s a lot to get through! On the show he premiered two new tracks, “Radio Silence” and “I Need A Forest Fire” featuring Justin Vernon. He was originally going to name the album Radio Silence as a joke but found more inspiration from illustrator Quentin Blake, who it turns out is not a relative.

I’ve always loved what he does. My mum is a graphic designer. She got me into him at an early age. It wasn’t actually my idea It was my manager Dan’s idea. It wasn’t going to be for this record. This record turned into the kind of record that suited this artwork. When I look at it, there’s so much emotion to look at. The stories that went into this record, the journey. Tt really encapsulated the whole thing for me.

Annie Mac named both tracks Hottest Records and they totally deserve it. According to Blake, “Radio Silence” was the first song he wrote for this album so he’s been “sitting on it the longest.” During the interview, he seemed a bit nervous yet excited to let fans hear what he’s been working on for so long. He recorded part of the album in Rick Rubin’s Shangri La studio in Los Angeles.

I was all over the place. I started in England. Eventually, when I ran out of steam I went over to America and did some sessions at Shangri La with Rick Rubin to get a feel for what it would be like to let someone else man the controls.

Speaking of the work process going into The Colour In Anything, Blake said “We grow another few years older and hopefully wiser, learn and document, and it’s my life that’s changed, not the process necessarily.”

Listen to “Radio Silence” and “I Need A Forest Fire” above. We can’t wait to hear the rest of this album tonight.