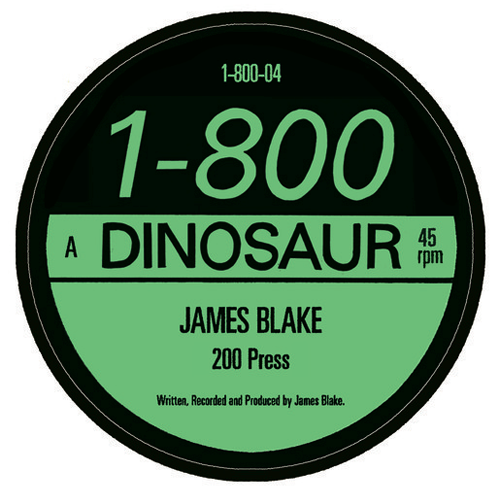 James Blake’s new double 7″ single 200 Press is now officially out via 1-800-Dinosaur, and as promised their are several additional tracks included in the release. Aside from the already leaked “200 Press” the other new songs are “200 Pressure,” “Building It Still”, and a poem titled “Words That We Both Know.” You can listen to all four tracks now via Spotify.