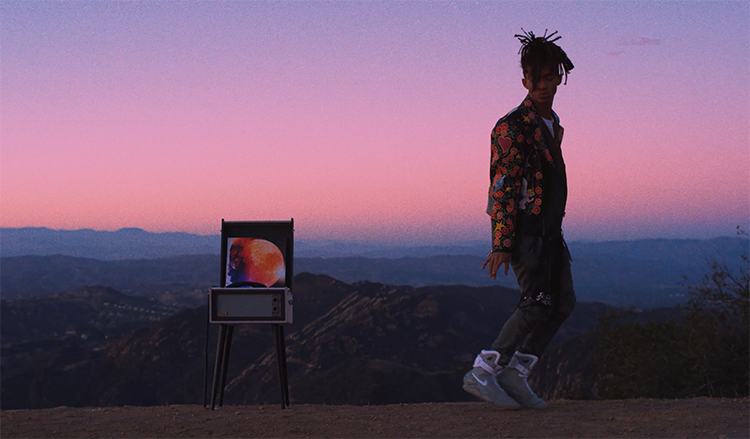 Actor, rapper, artist, leader of a new generation, Jaden Smith has released a brand new song and video called “Fallen.” The video is an emotional homage to Kid Cudi, who premiered the video on his Twitter, and who’s groundbreaking classic album Man On The Moon: The End of Day has a prominent place within the video. Set in an abandon western-themed ghost town, Smith stumbles and dances as he deals with what looks like a stab wound(?) or gun shot.  Wearing a pair of those impossible to get Nike Air Mag’s, as well as a badge inscribed with “Suicidal Tendencies” (is he referring to the ’80s punk band? Or Cudders recent hospitalization for mental health issues?) on his skinny pants. All this before dancing at the top of a vast mountain range in the Hollywood hills as the sunsets.

Watch the tremendous video above and peep Kid Cudi’s heartfelt tweet below.

Arrrgghhhhhhhh!! I am honored to debut the epic visuals for my lil bro Jaden’s new jam “FALLEN”. WATCH and FLY!https://t.co/OkR49wwfYu