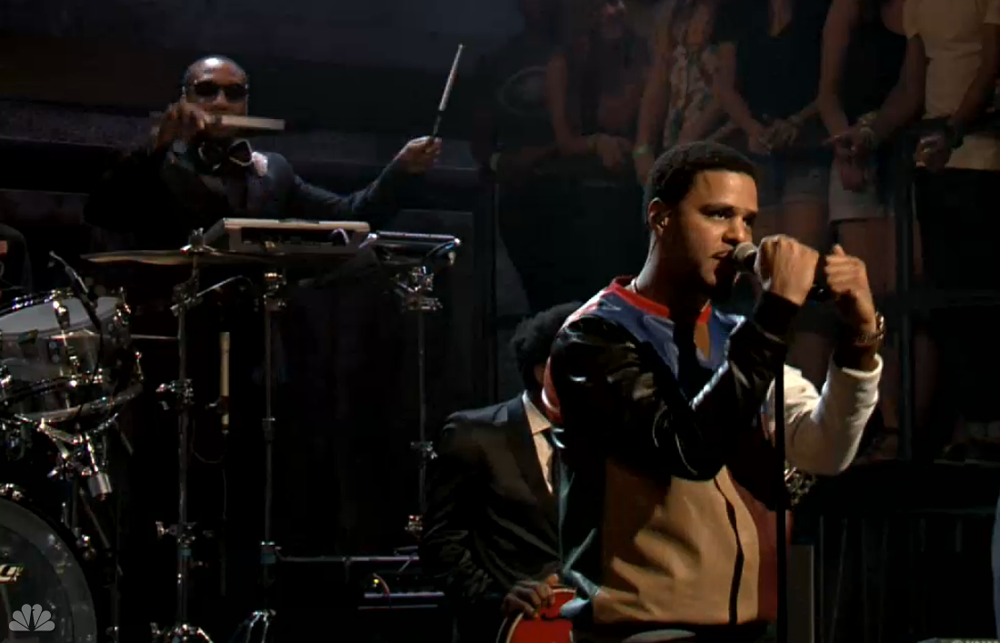 The other night Roc Nation MC J. Cole stopped by Late Night with Jimmy Fallon to perform his single “Power Trip.” Accompanied by The Roots, Cole gave it his all on the Miguel assisted track which will be featured on his forthcoming sophomore album Born Sinner.

In other, yet somewhat related news, Cole has moved up his Born Sinner release by a week to compete directly with Kanye West’s Yeezus album on June 18.