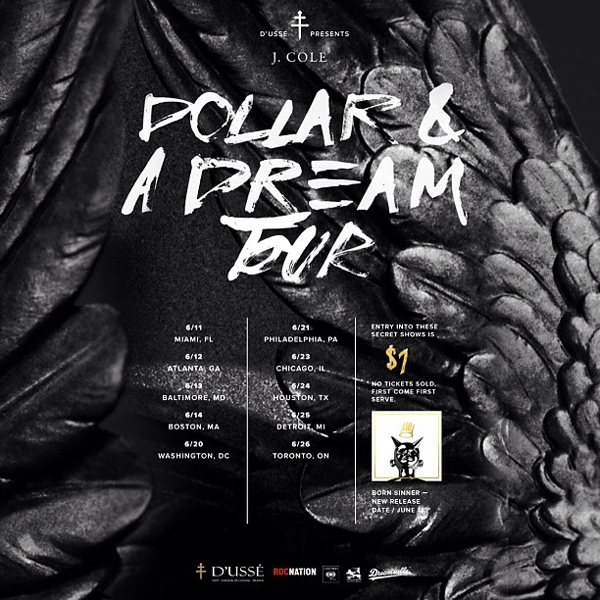 J. Cole has announced that this summer he will be hitting the road in support of his sophomore Born Sinner album, which drops June 18th. Called the “Dollar & A Dream Tour,” the ten-date series kicks off June 11 in Miami and travels to most major cities across the States finishing up June 26 in Toronto. Presented by Jay-Z’s D’Ussé cognac, the shows will remain a secret with entry costing only $1 with no tickets sold in advance. Entry will be on a first come, first serve basis. Take a look below t0 see if and when the “Dollar & A Dream Tour” comes to your city.