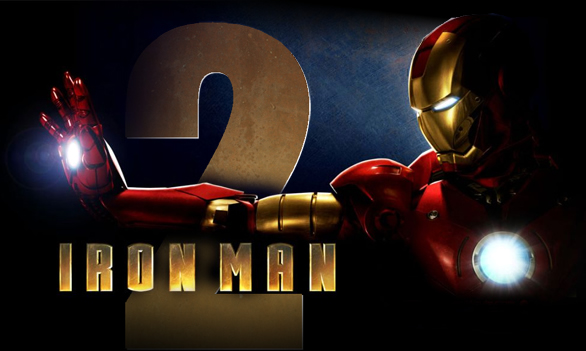 Whoa! Check out the new trailer for the upcoming Marvel Comics Iron Man 2. Coming hot off the heels of the unprecedented success of Iron Man, and the unequivocal return and renaissance of actor Robert Downy Jr. we get the high-octane sequel due out next year. Directed by Jon Favreau and featuring a highly notable cast of critically acclaimed actors, including Mickey Rourke,Scarlett Johansson,Samuel L. Jackson, Sam Rockwell, Gwyneth Paltrow, and Don Cheadle who is replacing Terrance Howard.  From what I can see from the trailer, this film is going to be rammed with super heroes and villains and will be any comic book nerds wet-dream. Already I can see Whiplash, War Machine, Black Widow, Iron Maiden, and Nick Fury.

Expected to be released around the same time as Iron Man 2, is a whole echelon of Marvel Comic based films, including Thor, and Captain America, which will eventually lead in to the release of Avengers, which features all these super heroes, as well as includes the Hulk and sometimes Spiderman.

Watch the trailer, you will not be disappointed!