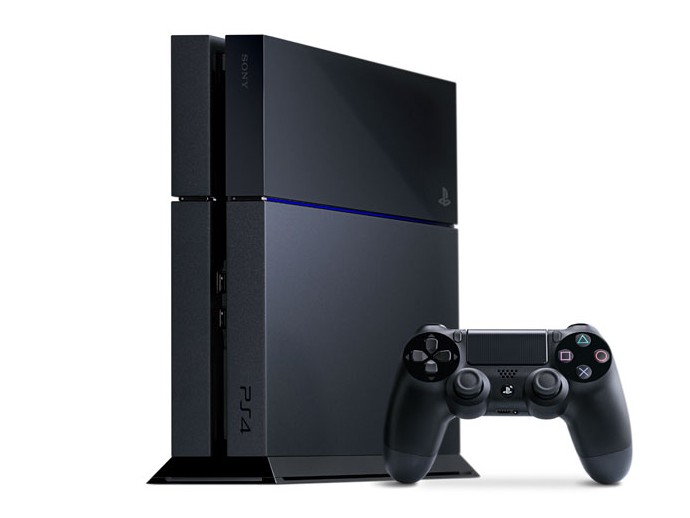 We here at Sidewalk Hustle were incredibly lucky this past Thursday, as we were invited to try the soon-to-be released PlayStation 4.

After learning a little more about the PS4 and everything it has to offer, we were able to test out PS4 exclusives and launch titles Knack and Killzone 4. While I cannot elaborate too much about Killzone 4, I can say that it is a beautiful game that definitely shows off the PS4’s new hardware. In comparison, Knack is an adorable platformer that may seem simple at first, but quickly grows into something complex. The way that Knack plays truly does feel like a throwback to old school platformers, which is something that makes sense as it was made by Mark Cerny who was behind such games as Crash Bandicoot.

Of course we didn’t just play games the whole time, we learned a lot about the PlayStation 4 system itself. For instance, when Sony was developing the PlayStation 4 they wanted to create something that was easy for developers to develop on. They wanted them to be able to spend less time figuring their way around the systems hardware, and more time focused on making the great games they had envisioned. They also wanted to make the PS4 incredibly accessible to indie developers as well. Now, on the PlayStation 4, indie developers will actually be able to self-publish games on the console.

As usual, there is a huge focus on exclusive games and content as there will be many exclusives straight from launch. However, Sony is also working on having a large collection of games for gamers to choose from as they currently have 180 games in development for the PS4 right now. One feature that is going to be emphasized a lot more with the PlayStation 4, is PlayStation Plus. Not only will it be used to connect all the PlayStation devices together, but it will also now be required for certain online multiplayer features across all games.

In conjunction with connection between the PS4 and the PS Vita, the PlayStation 4 will actually be able to stream straight to a persons Vita. If you own both systems, you will actually be able to play PS4 games on your PS Vita while someone uses the TV for something else. This is a neat little feature which will be available on all PS4 games at launch, and should be available on almost all PlayStation 4 titles, although that is something they can not necessarily promise. One last neat little feature that will be offered by the PlayStation 4, is that if you own a copy of a game on the PS3 that also comes out on the PS4, you can upgrade your version (be it digital or hard copy) to the PS4 version for only $9.99.

Moving onto the hardware specifications, the PlayStation 4 has received a huge overhaul from its last generation counterpart, as it now houses a 500 GB HDD, 8 GB GDDR5 Memory, X86 CPU, and an enhanced PC GPU. Everything inside the new PlayStation 4 mirrors what you would begin to see inside gaming computers, and it seems that Sony is really making an effort to see the PlayStation 4 have some of the best performance capabilities of the next generation consoles.

Not only did the hardware get a massive upgrade, but the iconic DualShock controller received an overhaul as well. The new DualShock 4 controller is slightly smaller in size allowing it to fit more comfortably in your hands, something we know is important for those extended gaming sessions. Not only has the size changed, but the left and right trigger buttons have also been altered. They now curve slightly outwards, something that may seem like a minor change but actually makes a huge difference in game play as it allows you to easily maneuver the triggers without having your fingers slip off at key moments. It also houses a built in speaker and headphone jack, as well as a light bar which developers can choose to implement into their games as an extra layer of feedback.

The new controller now also houses a touch pad in the middle which developers can choose whether or not to implement allowing for more ways to play a game. Alongside the new touch pad, there is also a new share button that will allow gamers to easily interact with one another. One such feature will be that gamers will be able to easily post their adventures online for their friends and followers to see. This is due to the new feature of the PS4 that sees it constantly recording up to the past fifteen minutes of gameplay. All that they will need to do is simply press the share button and choose which portion they would like to share and upload them online. The PlayStation 4 makes it incredibly easy to interact with your friends and share your experiences with them.

The PlayStation 4 will be available November 15th, 2013 for $399 and will come packaged with one Dualshock 4 controller, a HDMI cable, and a headset that plugs into the controller.