Introducing the All New Apple iPhone 12

It’s not usual for Apple to unveil new iPhones in October, but you will have four to choose from once all of them are available in November.

On the heels of launching new Apple Watches and iPads, the company’s most iconic product gets a slightly newer look, newer colours and newer features. There are also newer sizes, plus access to next-gen 5G networks, bringing the iPhone into something of a new era. We’re not talking a radical change, mind you, but it’s clear Apple is trying to improve in key aspects.

Let’s start with the more expensive flagships first because that’s where you’ll find the more advanced features. Apart from size, they’re basically the same, except for some differences with the camera. The iPhone 12 Pro gets you a 6.1-inch Super Retina XDR OLED display with HDR10 and Dolby Vision support. iPhone screens have been great for a long time, so this should continue that tradition, but bear in mind this is also slightly larger than the iPhone 11 Pro, which was 5.8-inches.

The iPhone 12 Pro Max is the biggest ever for an Apple smartphone with a 6.7-inch screen. Like all the other iPhone 12 models unveiled, it sports the same design principles, where one of the biggest changes is in the squared edges of the device itself. After years of more contoured and curved edges, this shift harkens back to the iPhone 5. Apple is also putting glass on the back again, which pretty much confirms you’ll need to put a case on it for extra protection.

Speaking of which, the back has a new thing and it goes by a familiar name: MagSafe. This was Apple’s proprietary magnetic connector for past MacBook laptops, except it’s now embedded in the back of all four new iPhones to enable more precise wireless charging. Since wireless charging uses magnetic induction, the onboard magnet will better align with a pad or dock to maximize power throughput.

Apple isn’t including a wall charger in the box with its latest devices, so if you don’t have a wireless charger, you may want to grab one to take advantage of the feature.

Then there’s the A14 Bionic processor inside, plus all the other components that help make the 12 Pro models the most powerful Apple has made to date (well, until next year). They are strong enough to handle console-like gaming, and just about any other task you throw at it. 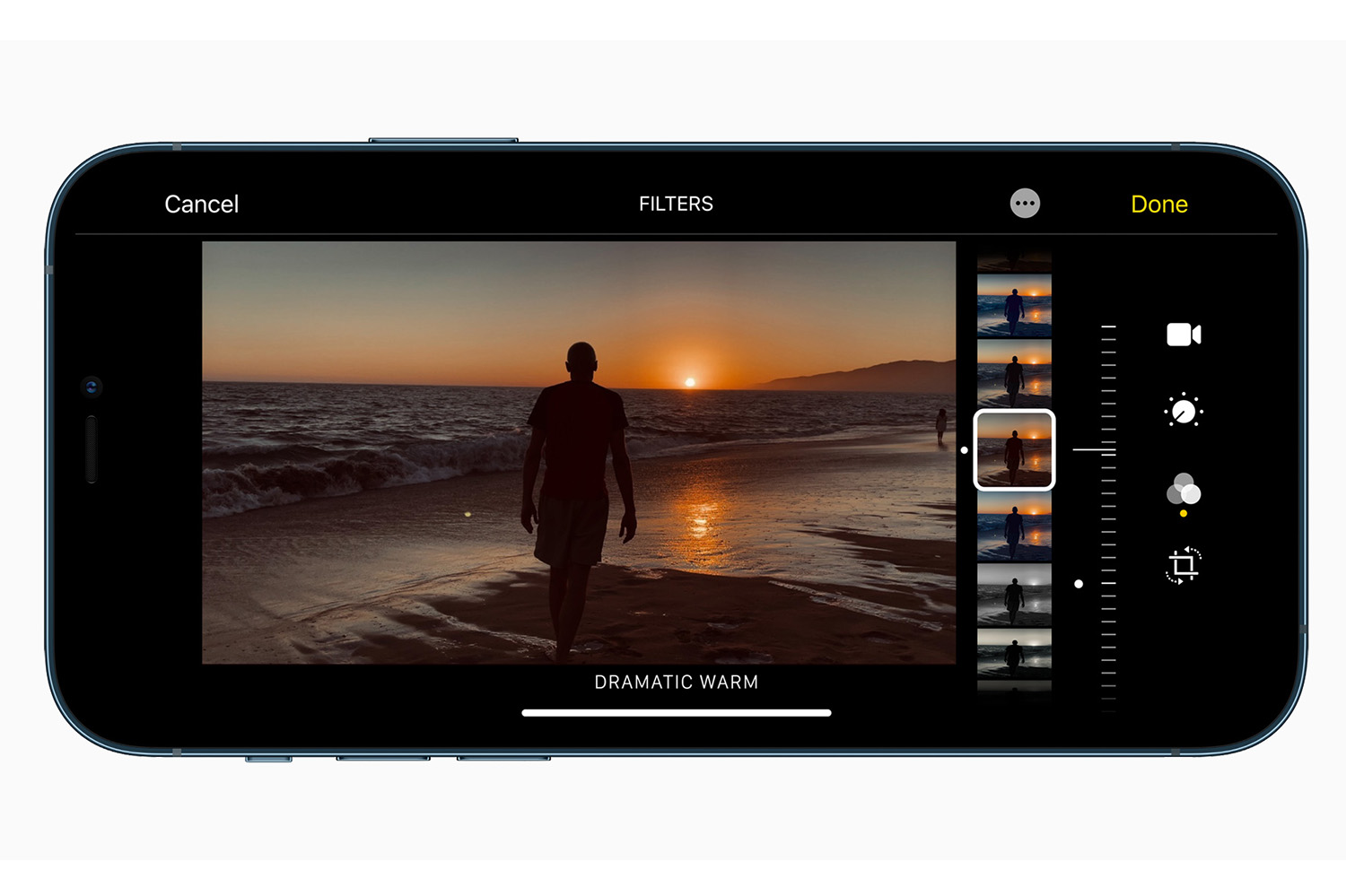 Pro cameras aim to do better

Apple spent a lot of the time talking about the new phones and how well they shoot, and it does seem the company is serious about trying to woo photographers who know what they’re doing. The two flagships have larger image sensors to bring in more light — plus better stabilization — in the hopes that low-light and night shots come out better.

It’s been one area Apple has desperately tried to improve over the last couple of years, as competitors continue to wow consumers with their output. You can now shoot in Night mode on all three rear lenses — standard, ultrawide and telephoto. A better HDR mode will help draw out the kind of detail you’d want from highlights and shadows. The new LIDAR sensor in the back should make portrait shots look really interesting, given everything it’s doing to assess the distance of both the subject and every other object in the frame.

Apple even came up with its own photo format called ProRAW. If you’re ever shot in RAW on a camera, you’ll understand the premise behind this, but in basic terms, ProRAW captures more detail as raw data, letting you be more selective in how you edit the image afterward.

There’s also plenty of machine learning at work with all this, though you won’t know it as it’s all background processes. The ultimate result is you’re supposed to see amazing photos in pretty much any set of conditions.

Video should be interesting, too. The iPhone is already arguably the best phone specifically for video (not still photos), so this should be a welcome move. Dolby Vision HDR support may give clips a more cinematic look, though I would’ve liked to see Apple also include a 24fps framerate to go full Hollywood on this.

Apple has these two phones in this set of colours: silver, gold, blue and graphite. 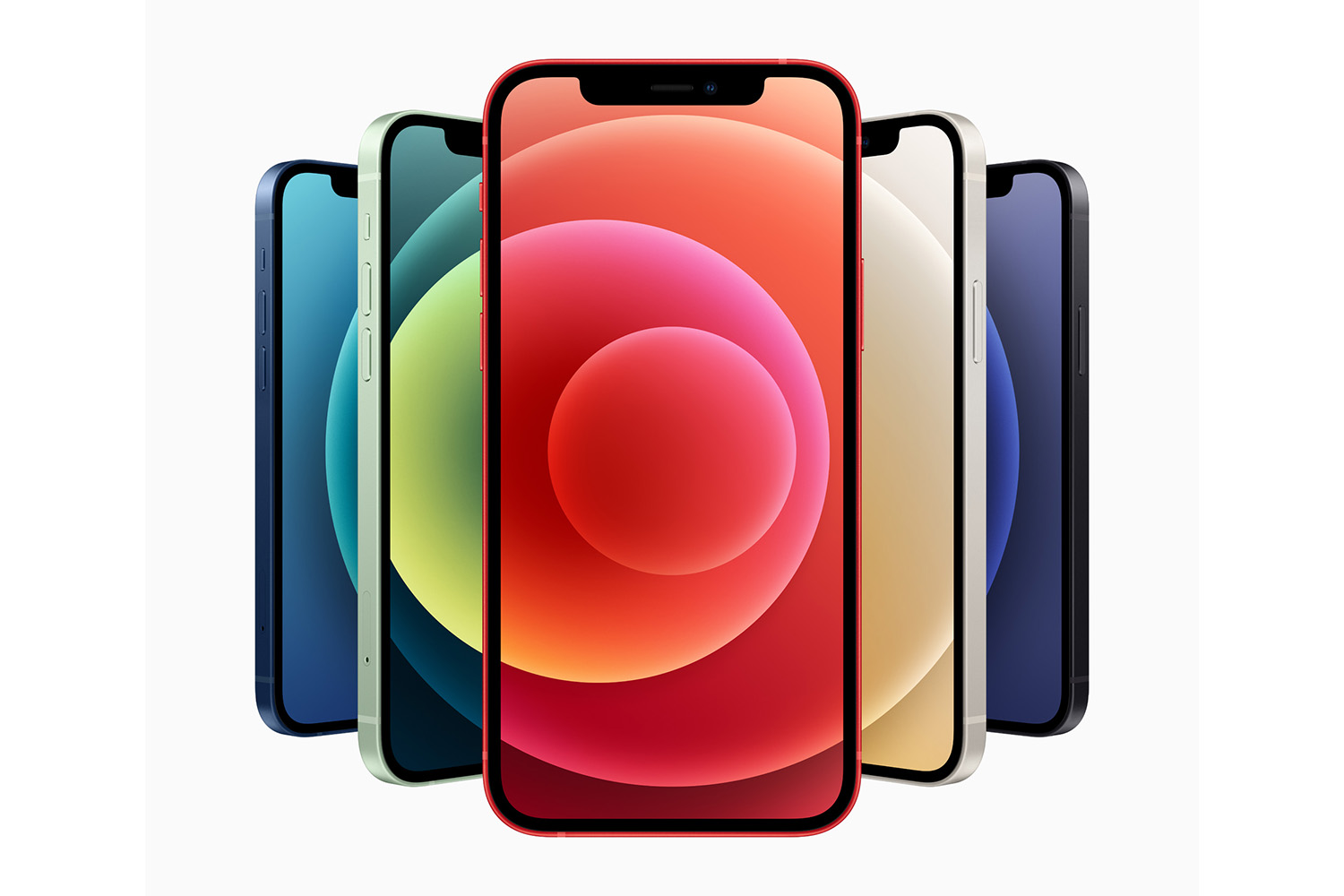 As for the other two iPhone 12s in this four-way dance, the iPhone 12 follows very much in the footsteps of the previous iPhone 11 and iPhone XR. Some features from the Pro versions, like MagSafe, are also in here. You get a 6.1-inch Super Retina XDR OLED, albeit without the HDR10 and Dolby Vision support of the Pro models.

And then, there’s the iPhone 12 mini. Apple hasn’t used that name on a product since it applied it to smaller iPads and Macs, but it’s the smallest of this group, courtesy of its 5.4-inch display. If you wanted a smaller iPhone that wasn’t the iPhone SE, this is your best bet now.

These two models are basically the same, except for things like screen size, battery and weight. They both run on the same A14 Bionic chip, which makes them fast enough to handle some intense games and video editing.

The camera layout is also very different from the two Pro models. You get two lenses, a standard and ultrawide, with a smaller image sensor, no LIDAR, and not the same level of machine learning. You should get better shots from previous models in spite of that, but hard to know by how much without testing them out.

Apple has these two phones in this set of colours: black, white, blue, green and Product Red. Here are pricing and storage options (all prices CAD):