Quibi (pronounced “Quib-ee”) comes from DreamWorks co-founder Jeffrey Katzenberg and former CEO of Hewlett Packard Enterprise, Meg Whitman. The mobile-only platform is free for 90 days, and after that it is $4.99 a month with ads and $7.99 without ads. Quibi’s running list of selections range from comedy bits to reality shows, documentaries to fitness diaries, and it features content from TSN, ESPN and the BBC. Think of it as content for those in-between moments in life.

We can’t predict its fate, but here are the titles that have us interested enough to try it out.

Nicole Richie may be the person we all need during confusing times because her twisted, sarcastic and often crude behaviour is fun to watch. For fans of Candidly Nicole, this new mockumentary series is the extension you’ve been anticipating, delivered in a similar format. “Nikki Fre$h” is a self-proclaimed “trap icon” focused on things like “conscious trap” and “crystal granola.” She’s fashionable and doesn’t have time to waste. Get ready to hear lyrics like “you kill these insects, that’s the worst flex,” and “this is for the veggies, they just trying to survive,” during your days. 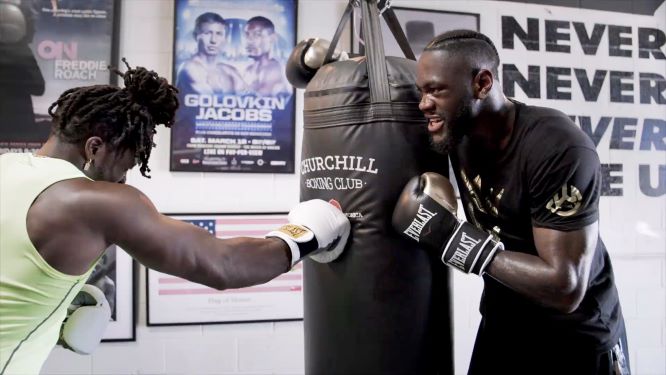 Iron Sharpen Iron is executive produced by quarterback Cam Newton, and the show places star athletes with other athletes in a completely different sport. We’ll watch along as athletes train for intense competition while handling challenges and learning fitness tips. The eight-episode season features athletes like UFC’s Amanda Nunes, according to Variety. Uproxx reported other participants in the series include Kerri-Walsh Jennings, PK Subban, Lolo Jones, Sloane Stephens, Melvin Gordon and Michelle Wie. It could be a good motivator to watch during those dragged-out days.

More adrenaline? This show with Idris Elba and professional rally driver Ken Block should work. Elba is no stranger to rally racing and has pushed to break racing records himself, so we’re thinking this will be an exciting package to escape to. The two men go head-to-head to see who is the better driver; we’re anticipating stunts to help prove their superiority too.

At first you may think this could be a spoof but no it is really about rebuilding a house where a murder has occurred. Each video highlights different cases where homeowners have opted to live in a home that has a very scary past and they want a revamp to the extreme. Will we be more interested in the past story or the makeover? It’s a true crime home makeover show and we applaud its originality.

Jennifer Lopez is behind it so we are in. The premise is nice: a handful of celebrities, including Kristen Bell and Tracy Morgan, give $100,000 to a person that has impacted them and then that person has to split the $100,000 and keep the act of kindness going, providing it to someone that they think needs it. Each person continues to split their sum in half and pay it forward. Here’s an easy way to watch people help one another.

More heartfelt, human content can be felt with this one from LeBron James. The 15-episode docu-series features the I Promise School that the basketball legend founded back in 2018 in his hometown of Akron, Ohio. We’ll see James, teachers and students working through school problems and learning how to build education together.

Kaitlin Olson and Will Forte star in this comedy about two married folks that win a contest which promises to turn them into home renovation TV hosts. Things get exciting as the two come across a stash of money which they use to buy a fixer-upper, and then they end up renovating the house of the cartel boss that the money came from in the first place. They get themselves into a real pickle, huh? Arturo Castro from Broad City plays the boss guy.

You Ain’t Got These

We wouldn’t be Sidewalk Hustle if we didn’t give this unscripted series about sneaker culture a try. It’s hosted by Lena Waithe.

Ariana Grande and Martin Garrix have joined together on &Music, which sees six musicians partake in six collaborations, from music to fashion.

Joe Jonas goes all-out travel in a Cup of Joe, while Evan Funke dives into the art of pasta and the pasta maker in Shape of Pasta.

Quibi is available in Canada and the United States. It can be download here.