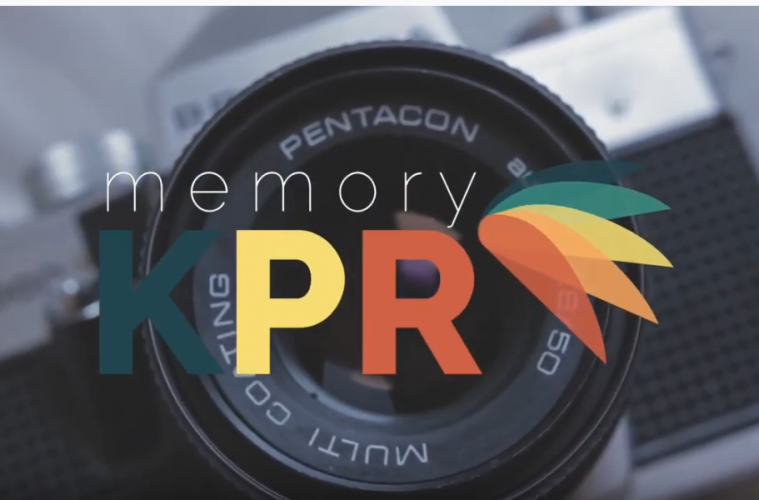 MemoryKPR (“memory keeper”) is a digital storytelling platform and application that allows users to compile a digital scrapbook that can include pictures, journal entries, and letters and then shared with friends.

An added value, McNaughton told Sidewalk Hustle, is that it helps users avoid storing their lives on social media.

McNaughton said she came up with the idea after losing loved ones. She said she realized memories were harder to store without being handcuffed to social media platforms. She started to think about how stories will live on and how we are sharing our stories now.

So, a year ago, McNaughton began scribbling down ideas. She also took part in business incubators in Regina, where she was introduced to software developer Taylor Fox. At the time, Fox was seeing interest from four startups that wanted her to work on their projects. McNaughton was keen to get Fox working on her project instead.

“When I met Taylor, I felt less than in a way, because I wasn’t as flashy as the other startup founders, plus they had more money than me,” McNaughton said. “I had no technical background either, but some money, and I told her the vision of memoryKPR as well as what I was willing to do to make this happen.”

Lucky for McNaughton, Fox accepted and the two started developing memoryKPR, adding two summer students to the team thanks to a grant provided by the federal government.

The basic (free) version limits the amount of media that can be added (up to 250 memories), from still photos to moving pics, with the option to do one project. The pro version allows unlimited projects. Both come with access for unlimited contributors, viewers, and guest logins.

After uploading the media, users can invite others to contribute to the memoryKPR using a link or QR code, granting contributors access to add whatever they like. Once completed, users can click the link and/or print out the QR code to share the project.

Rather than having to use a hashtag to share online, memoryKPR is the hashtag and it is unique to those who have access to it. 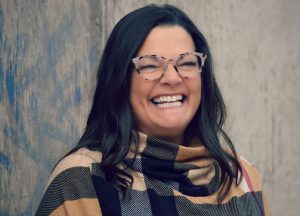 “We need a different, private way to create or evoke a sense of validation and community,” McNaughton said. “Plus, people are concerned about the aesthetic of their socials; some don’t want all of their memories to live on social media, but they still want to capture them.”

So far, memoryKPR has been used for weddings, portfolios, graduation shout-outs, and at retirement homes. It’s been used to revive old recipes, remember voices of loved ones, and offer support for those going through illness or loss.

“Instead of getting a funeral site that goes up followed by sympathy cards,” McNaughton said memoryKPR offers a better solution. “It’s a much better situation than a funeral where people come in and pay their respects for a day,” she said.

Think about all the travelling, parties, concerts, conferences, and dinners that can be had without the pressure to post on social media? McNaughton said she is already hearing from students who want a keepsake but don’t want to share it, especially as they are applying for jobs.

“Some graduates are putting their content into their memoryKPR and then placing a QR code on the back of the diploma so other kids can scan it,” McNaughton said.

McNaughton said a lot of time has been spent on the back-end of the platform to ensure privacy concerns are addressed.

“You always own your media. We are not selling your data, not compiling it, not reusing it – it is your data and you own it. We are just housing it faithfully,” McNaughton said.

As an author, you also have publishing protections and can add a password to the project for extra security.

McNaugton said the server structure they set up in Amazon Web Services (AWS) has heightened alerts in order to protect privacy. They also rely on Auth.0 to authenticate users and prove who is signing in is real.

Currently, users can export stories and pictures out of social media and into memoryKPR, as well as export a memoryKPR into social media. Soon, users will be able to create a story and have different chapters.

McNaughton is now raising money, and will be leveraging provincial tax programs to attract investors.

“Being able to hear stories and create a multi-dimensional experience that’s meaningful is what we’re creating—and we hope to take this far,” McNaughton said.