Choon is a music streaming service and digital payments ecosystem designed to solve the music industry’s most fundamental problems.

There’s a new platform in the music business—one that wants to help artists make money via blockchain. Welcome Choon, the largest music streaming platform on the blockchain that comes with its own ‘monetizing playlist model’. Choon is powered by the Ethereum blockchain.

Headed by co-founder and British trance producer Gareth Emery, Choon allows users to create playlists (selected from a library of over 20,000 tracks) and earn NOTES, Choon’s cryptocurrency. Only two billion NOTES tokens will be created and they will be unlocked come September 1, 2018.  You can see the breakdown of NOTES at the bottom of the article. 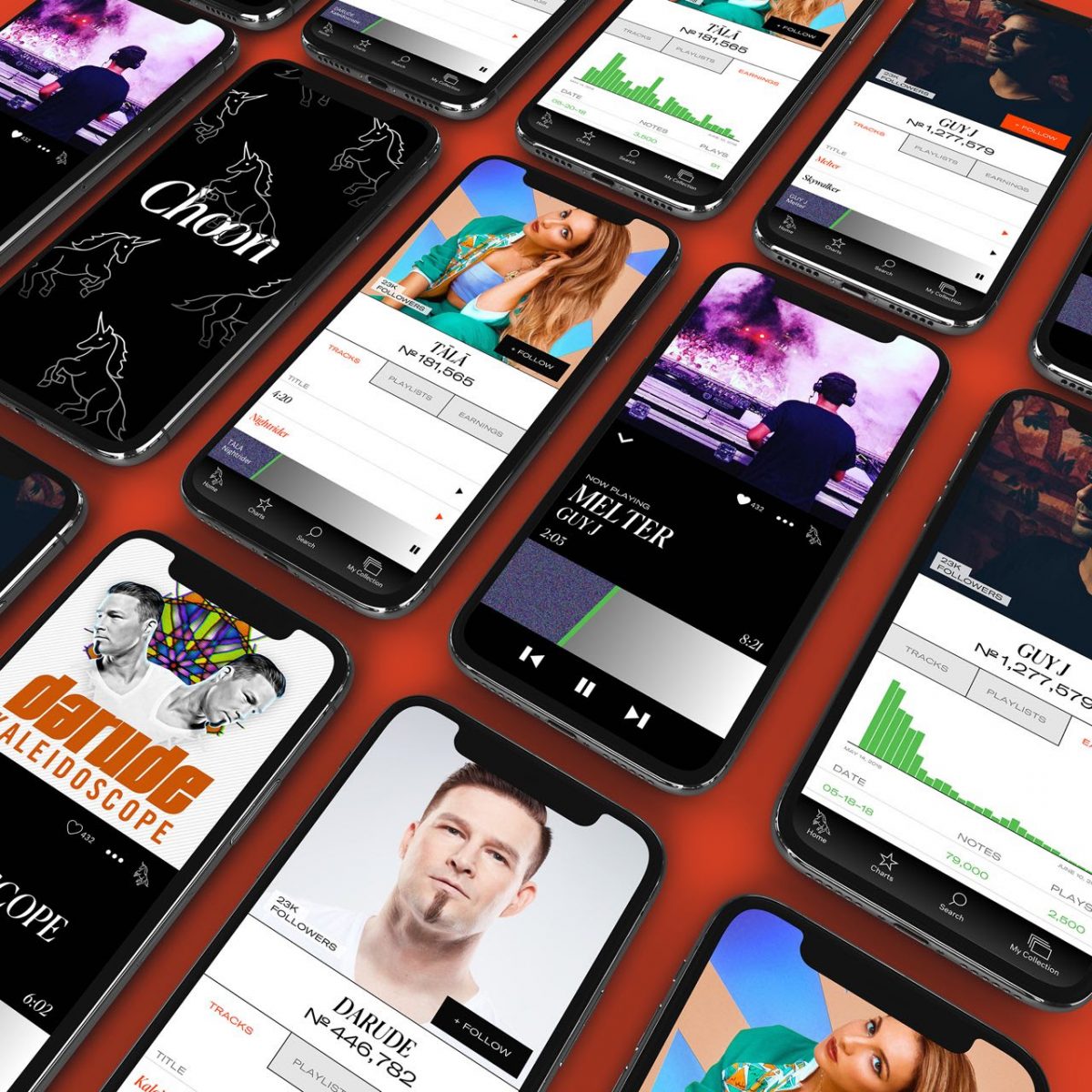 “This is the first time playlists can be monetized natively within a streaming platform. It’s a total game changer,” says Emery.

Here’s what you need to know:

If you’re a listener: you can create a new playlist, add tracks to it, share it on your socials and you’ll receive a % royalty set by the artist when people listen to your playlist. Artists can change the value from 0% to 100%. A listener only receives NOTES when the track is played within your playlist, not from the artist page, Genres or Top Tracks streams.

If you’re an artist: you decide what the value you wish to split with a listener is— 0% to 100% with the default set at 5%. Depending on how popular your songs are, what new stuff you want to promote and your own preference in general, you handle your percentage rate so there are no undercuts or surprises.

There’s also the option to remix under the Smart Remix Contracts, which will allow artists to preauthorize other artists to remix their material, and the artist again has the choice on how much they want to offer a remixer (% wise).

“This means, for the first time ever, artists can remix other artists in a legal, pre-approved fashion and will know not only that their remixes won’t infringe copyright laws but also exactly what they will earn from the remixes,” reads the Choon’s white paper (page 7).

How Choon aims to fix centralization in the music industry:

a) Removing the middlemen and intermediaries to allow direct listener-to-artist relationships.

b) By only working with artists who completely own their own material to allow us to entirely avoid legacy record labels and instructions.

c) Utilizing the strength of the blockchain to handle all aspects where blockchains have proven to be highly effective (transparency, security, trustless contracts and financials).

50% of the entire supply of NOTES will be distributed to artists during the first ten years. For the first five years, this will equate to 375,000 NOTES per day. The amount of listeners isn’t the determinant as it will be “split pro-rata across all artists using the network based on the number of streams,” reads the white paper (page 6).

Below are two recently made artist pages. Artist Michael Bae has included multiple tracks while The Reverse Engineers have uploaded one single track for the time being. At the bottom of each profile you’ll notice an audio player that looks much like you’d see on Soundcloud or Bandcamp where you can listen to the songs. The sound quality so far that we’ve tested is solid. 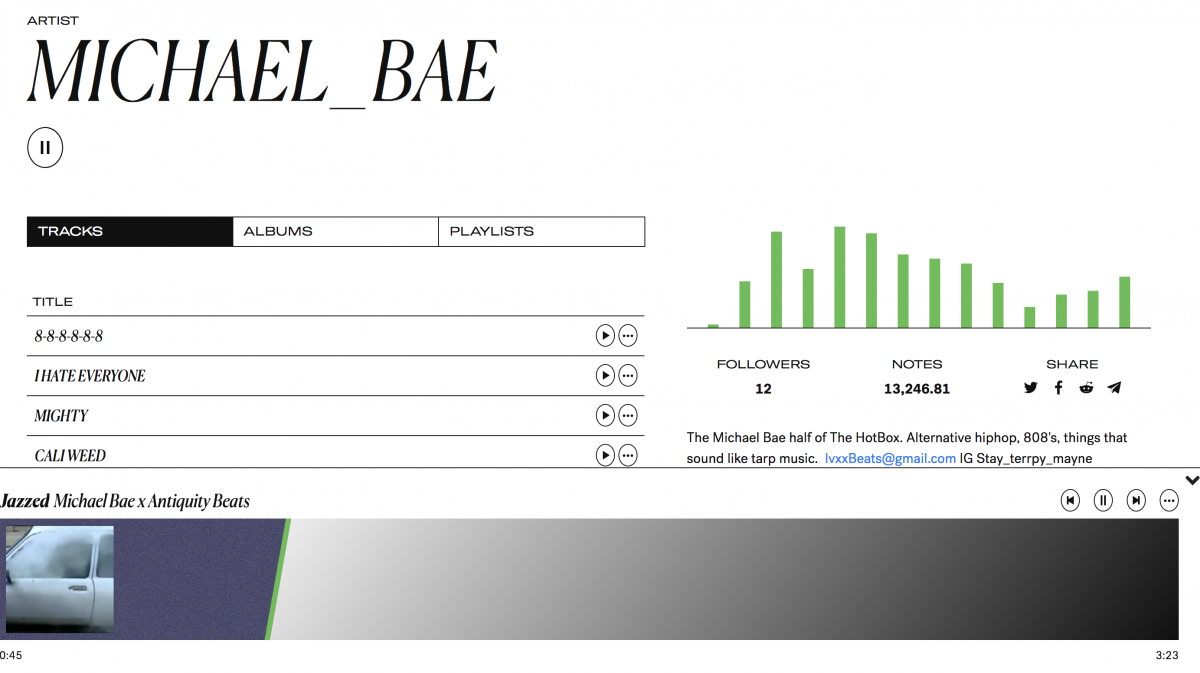 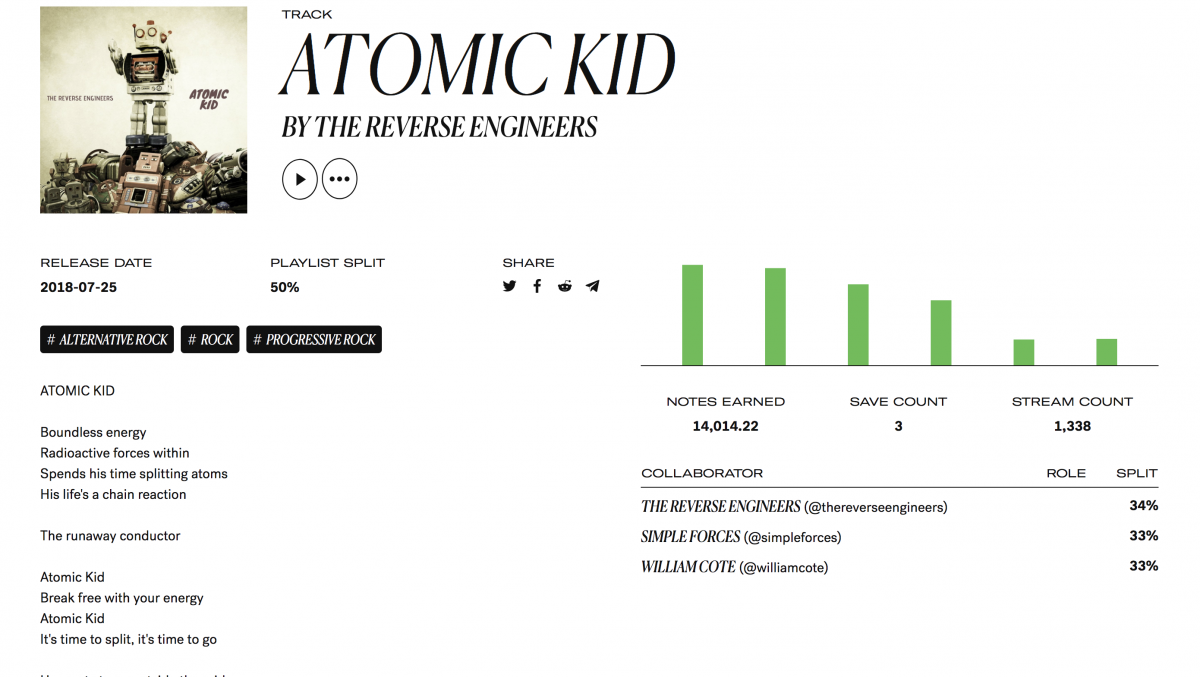 There are a ton of track and artist selections available to choose from within genres like acid house, Afrobeat, alt electronic, bass, big room, Chicago house, glitch hop, hip hop/rap, hip house and the list goes on, and on, and on.

“The reason why none of the current legacy streaming services make money isn’t due to a lack of funds (recorded music is a $20b industry and growing),” says Emery. “But [because of] our archaic system which is totally unfit for purpose in a modern world, and the fact that 70% of profits these companies make are swallowed up by ‘rights holders’,” says Emery.

“Blockchain isn’t deployed for the use of a consensus model, but as the best way to create a distinct payment token which can be used to power a thriving ecosystem where value is transferred around the stakeholders, both artists and listeners, and to substantially incentivize adopters,” he adds.

Below is a sample earnings page. 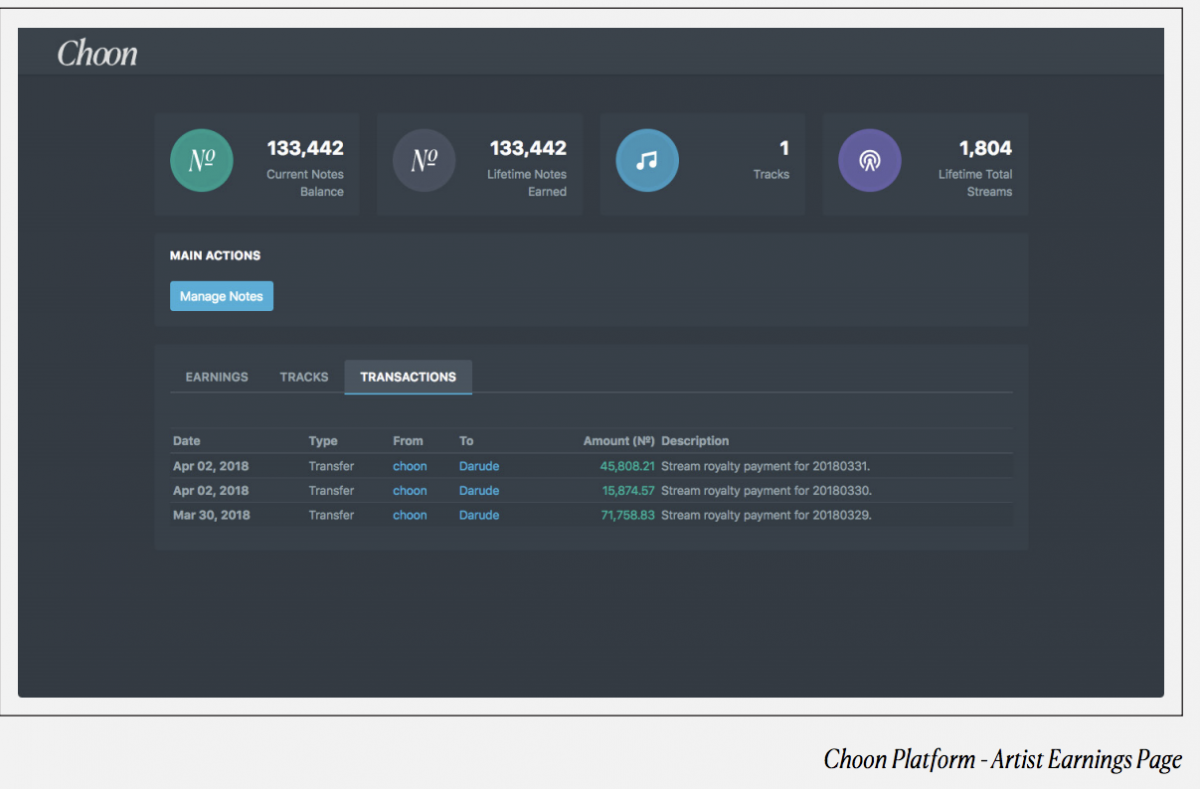 You can read the full white paper here.

NOTES will be unlocked on September 1, 2018 and will be available for transfers and trading thereafter. The value of NOTES is undetermined before September 1 as it will be set by public demand. Anyone can sign up for a Choon account (and again you don’t have to be an artist to start earning NOTES). If interested sign up here and click the box “I’m an artist and want to upload music” and create your account. Use the code: SIDEWALK. 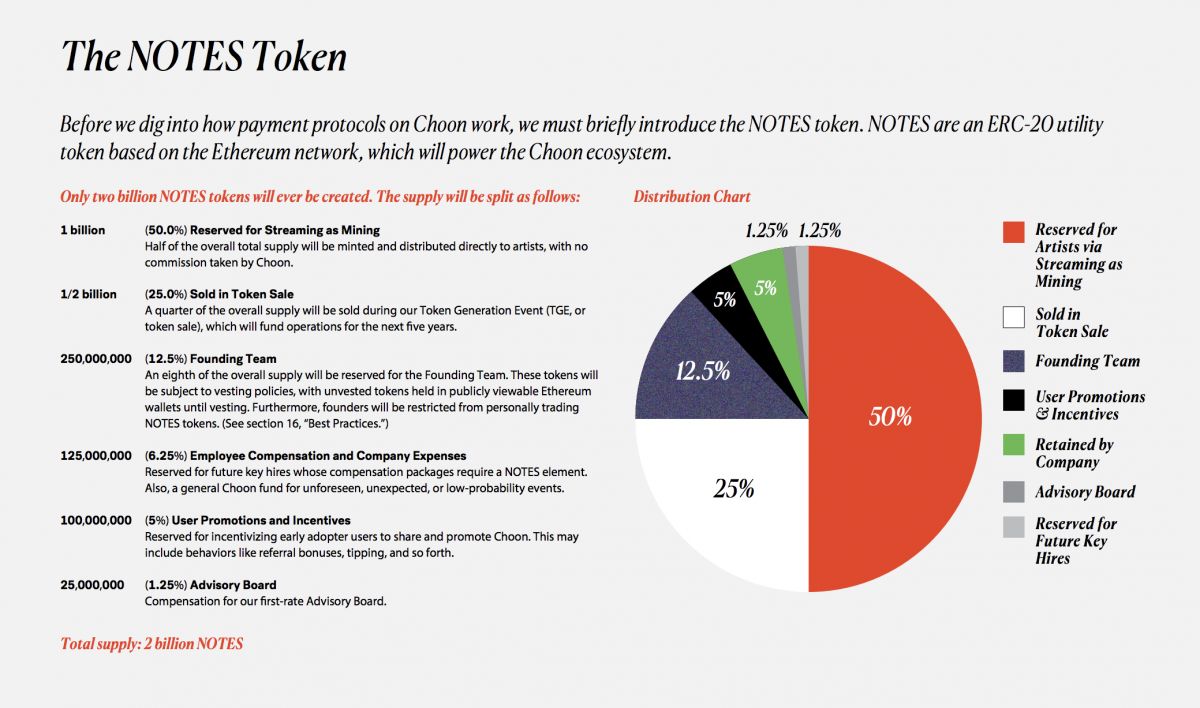