Earlier today during Apples big iPhone announcement they also introduced Apple Pay, Apple Watch, treated everyone to a live streamed U2 show, as well as announcing their latest album Songs Of Innocence would be available for free download on iTunes. Phones and mobile wallets aside, we at Sidewalk Hustle are most excited for the release of the Apple Watch. Not only is it beautifully designed without the clunky look and feel of other wearable technologies to date, it basically has just as much functionality as an iPhone (and communicates directly with it).

Just as all Apple products before it, the Apple Watch features revolutionary technology and a user interface like no other. The main control for the Apple Watch is on the Digital Crown, which allows you to navigate through your apps and dashboard on the device without obstructing the view of the digital display. The watch will also allow you to communicate in new and exciting ways including taking calls, messaging, as well as well as sending your own heart beat to someone else. As if it couldn’t get more exciting than Apple Watch will also come equip with health and fitness capabilities through apps that go so far as to count each step you take and each stair you climb and log them into various apps.

Other features of Apple Watch include an iOS-based user interface (including Siri), a Retina display with Force Touch, a Tapic Engine for touch and feel alerts with built-in speaker, a S1 SiP computer chip, and a Wi-Fi 802.11b/g and Bluetooth 4.0 that pair with your iPhone.

The Apple Watch will start at $349 US and is compatible with all iPhone 5, iPhone 5c, iPhone 5s, iPhone 6 or iPhone 6 Plus running the latest version of iOS 8.

Check out the full range of Apple Watches below. 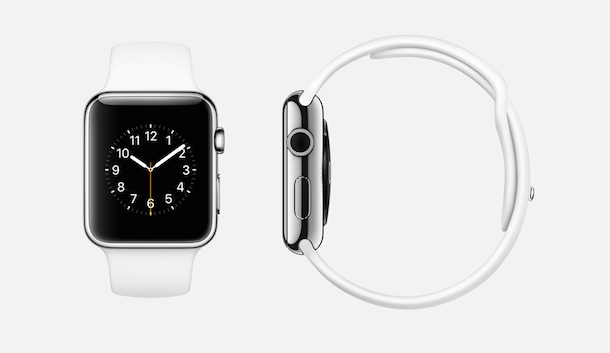 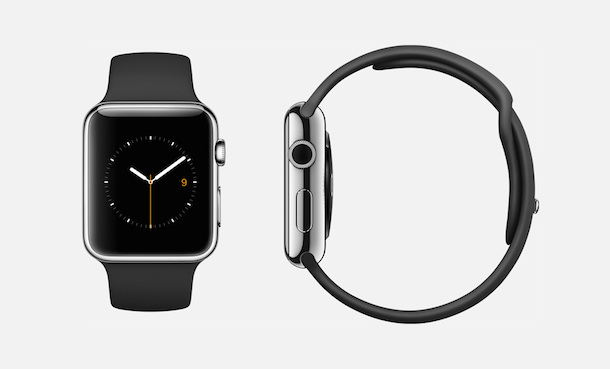 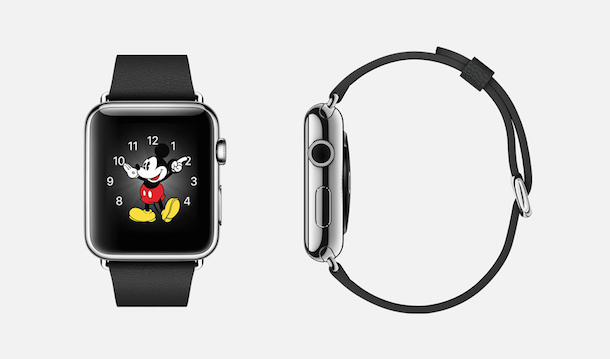 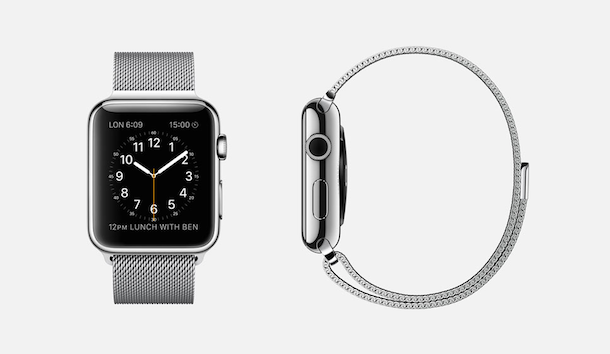 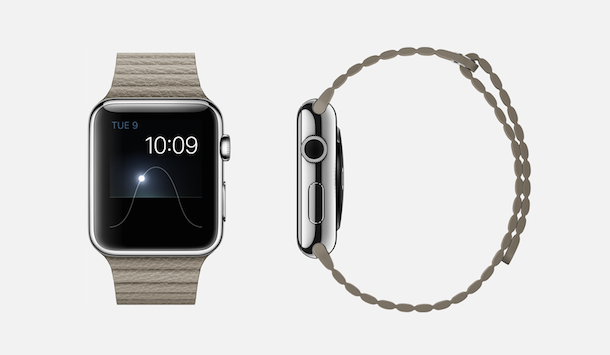 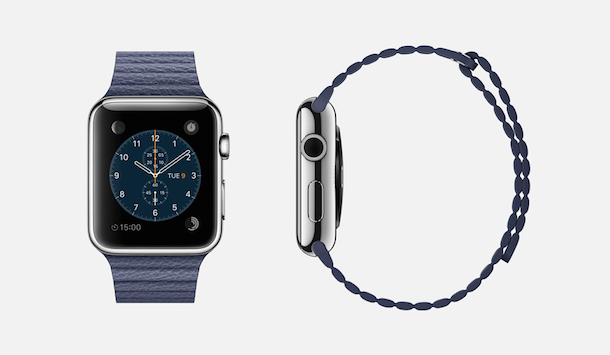 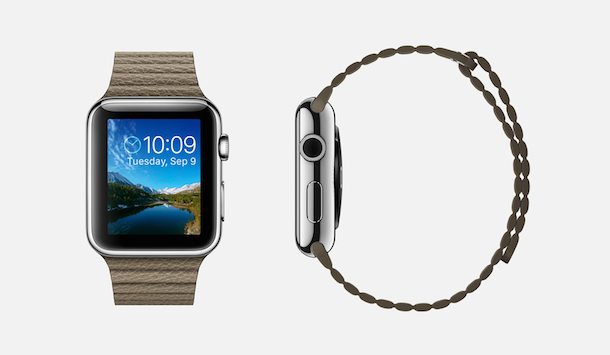 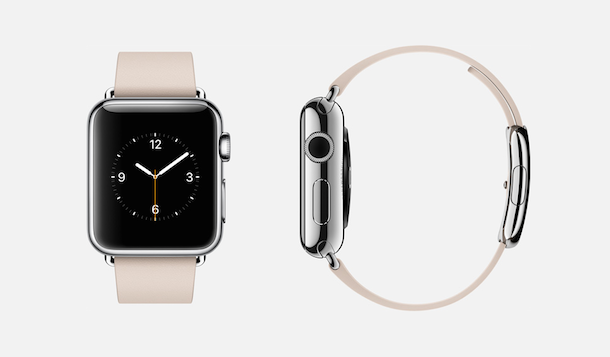 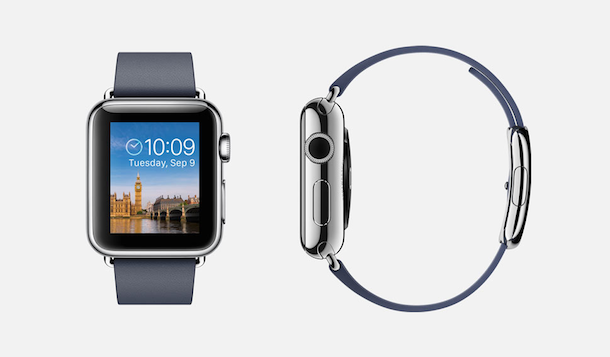 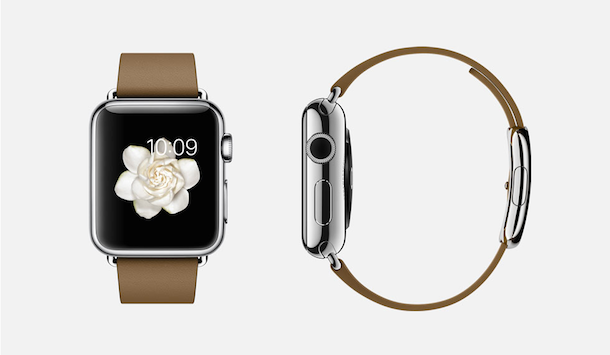 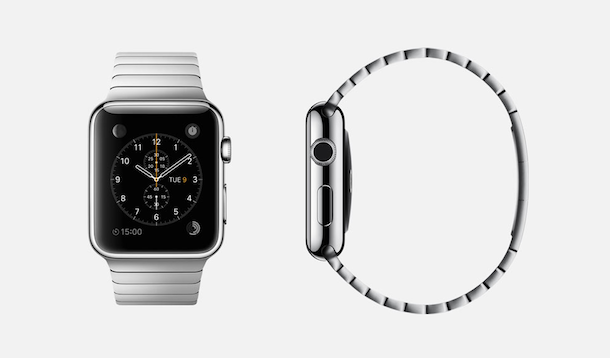 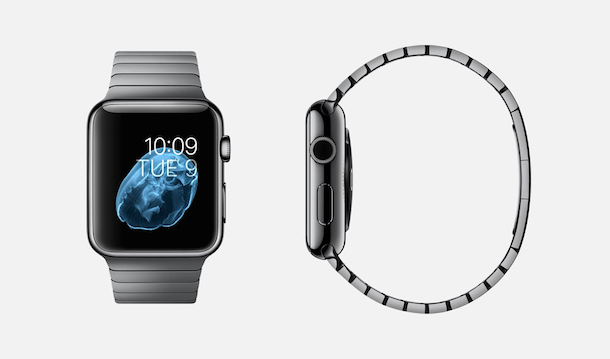 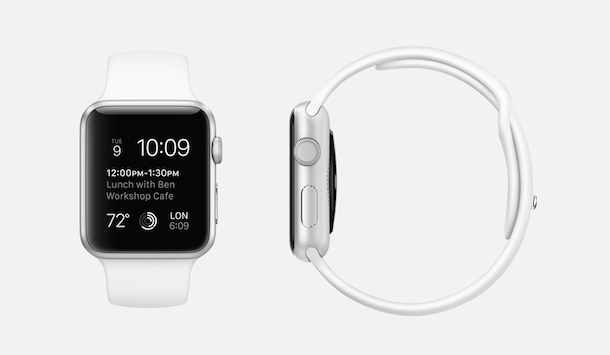 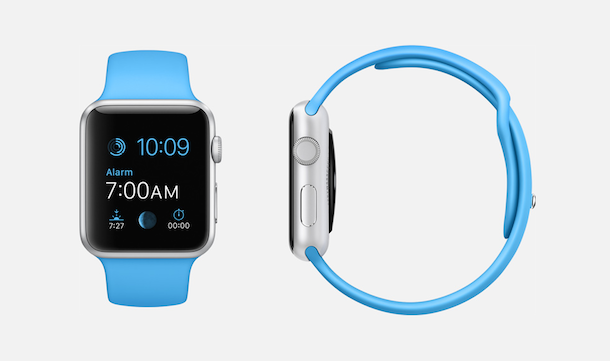 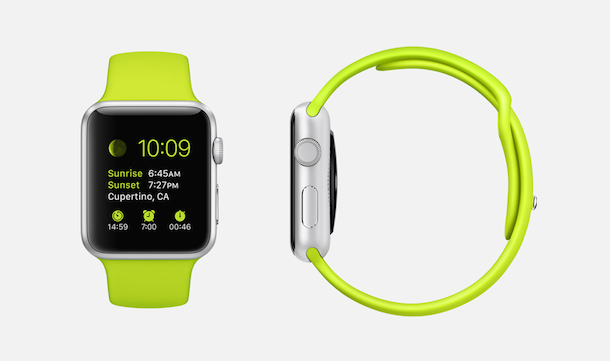 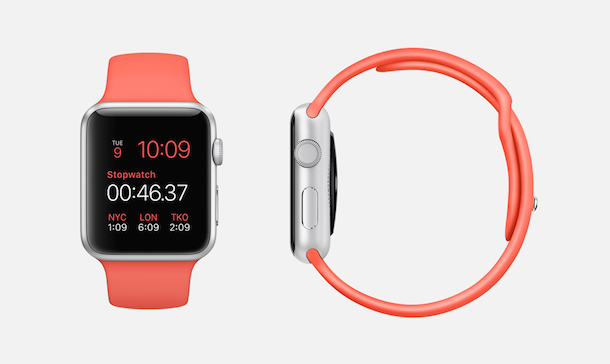 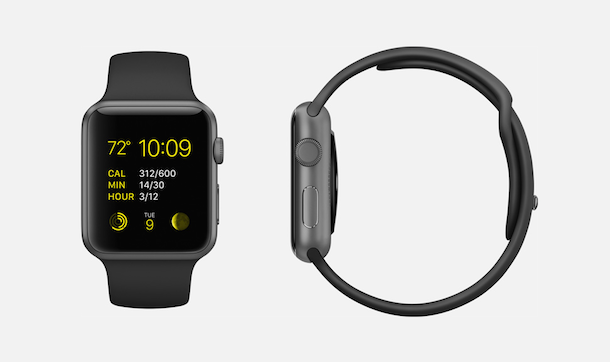 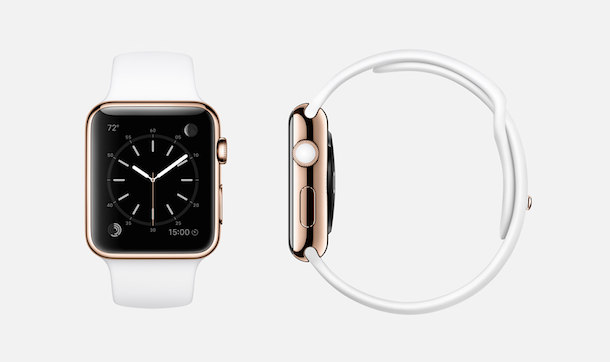 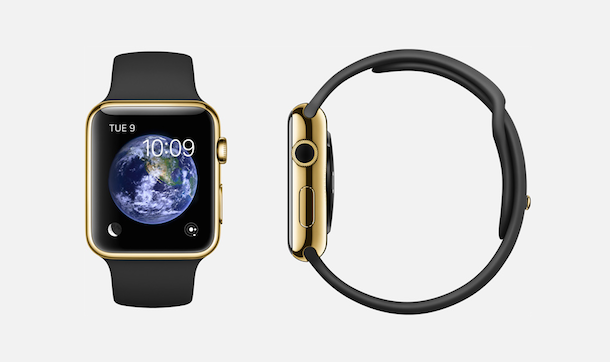 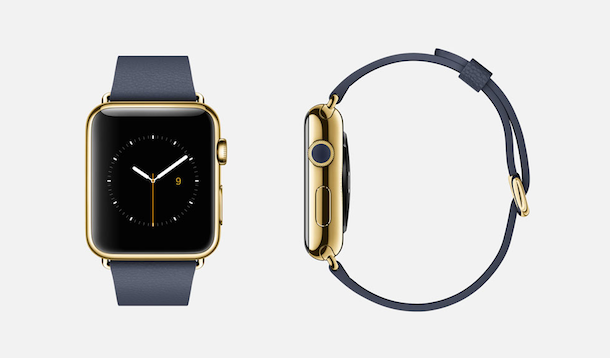 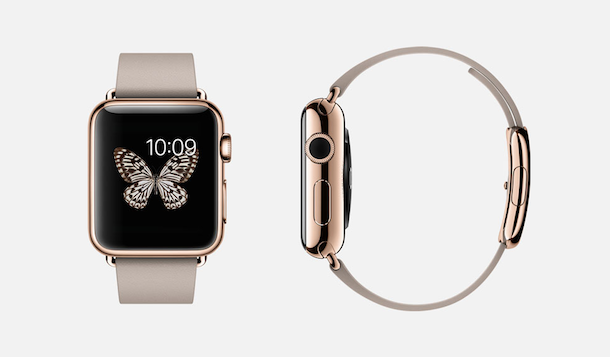 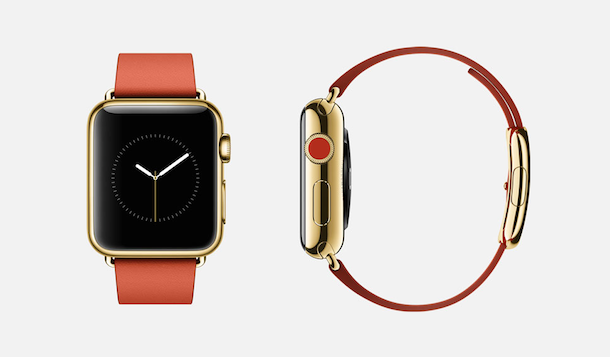