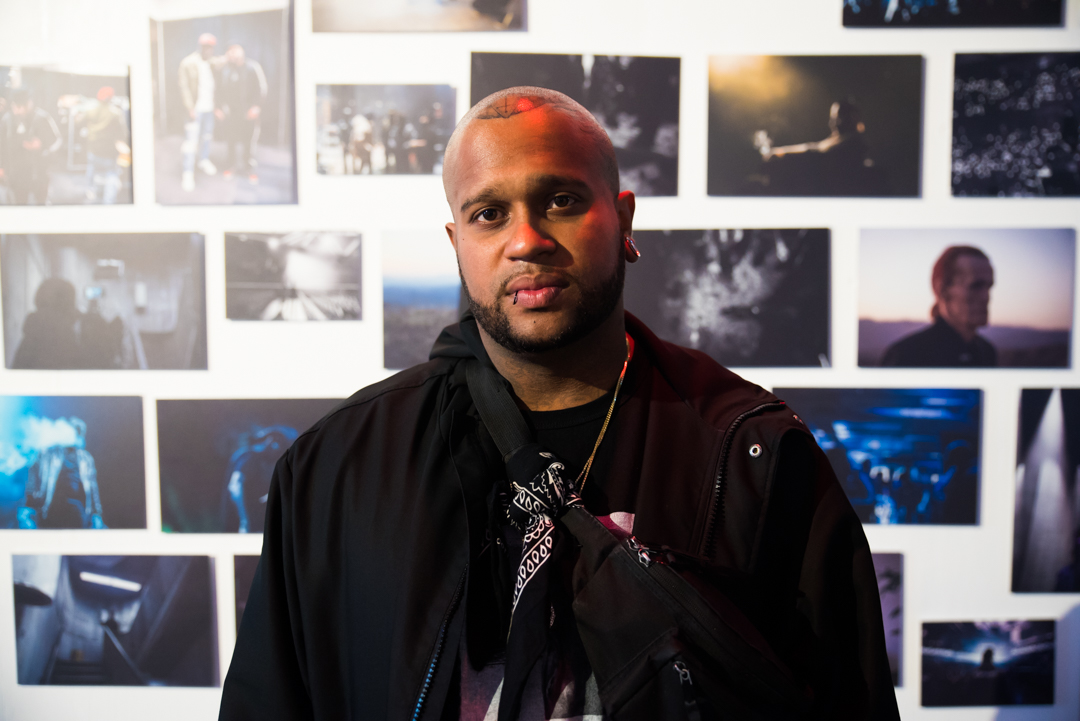 Last weekend marked the opening of XO Records photographer Hyghly Alleyne’s debut exhibit In Time: XO at Coterie Toronto (the space formerly known as Ossington Tire). The entire affair was powered by Aurora Cannabis and featured works spanning Alleyne’s entire career with XO from co-founding the label in 2010 to The Weeknd’s most recent Starboy tour (for which Alleyne was official tour photographer). 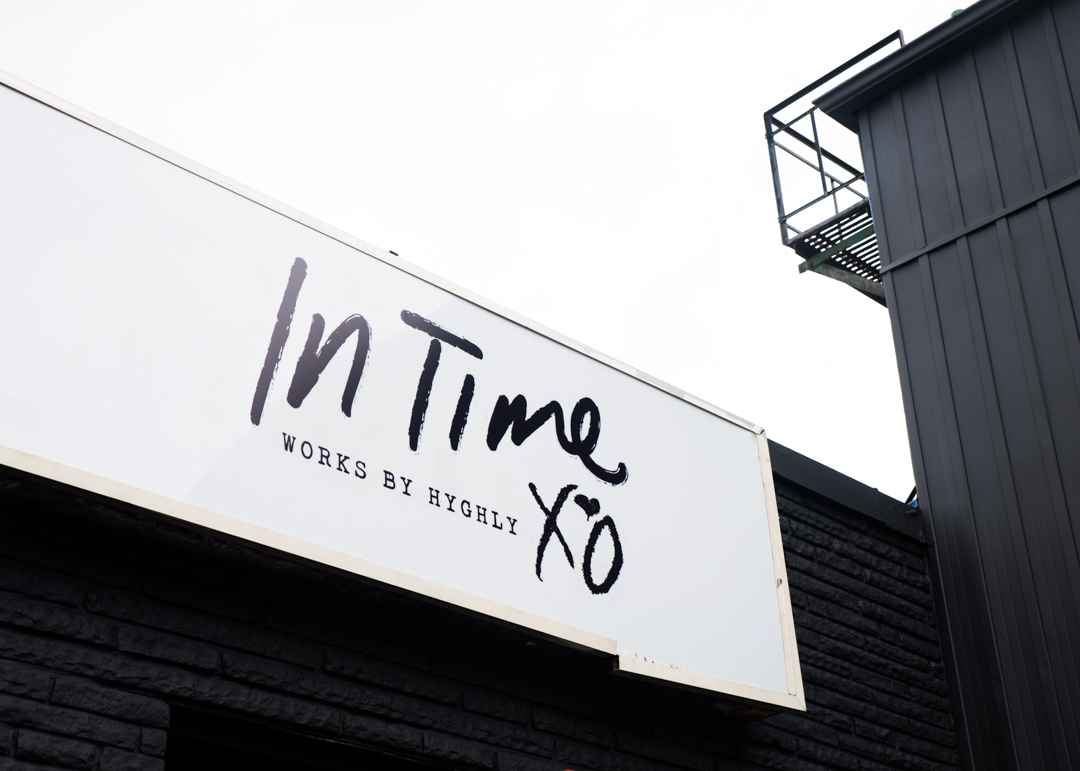 The experience spanned two days and felt more like a family reunion than an art exhibit as friends, collaborators and fans of Alleyne and XO made their way past the La Carnita taco tent and into the space where they mingled and interacted with numerous works featuring artists like The Weeknd, Travis Scott, NAV, Belly, 88Glam and more. Attendees who had to use the washroom were greeted by a surprise addition to the exhibit in the basement below Coterie featuring select works of The Weeknd amid red lighting, smoke machines, eerie music and a flashing XO symbol. 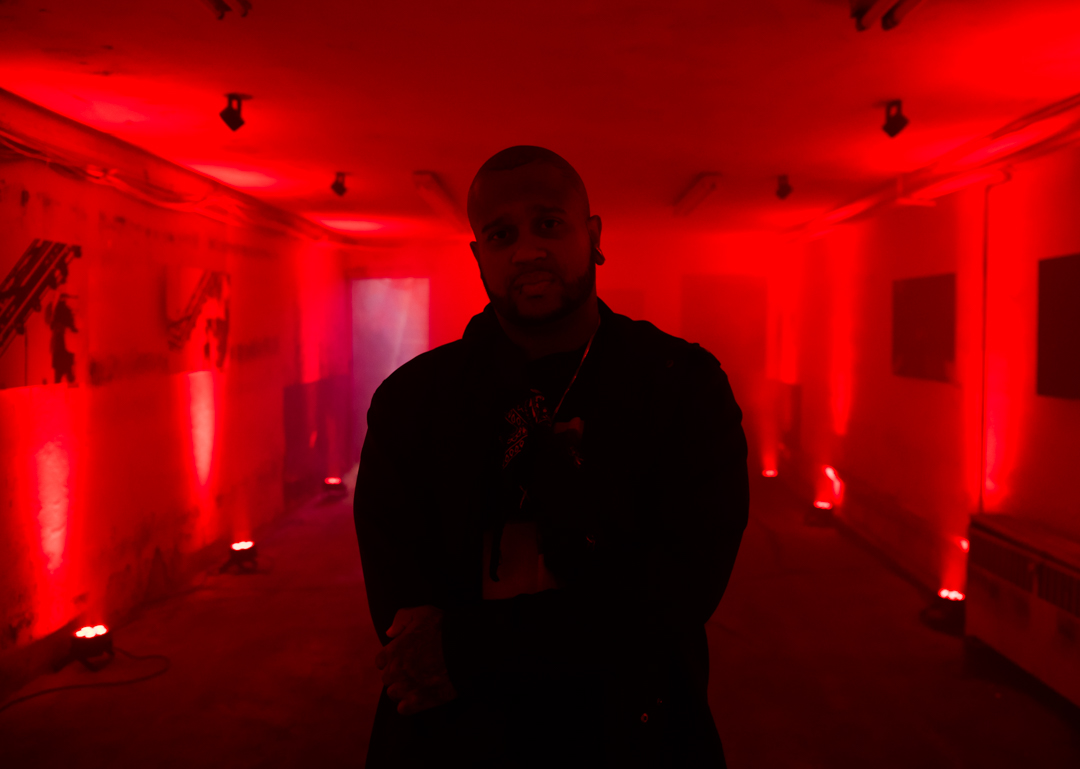 We sat down with Alleyne before the second day of In Time: XO to discuss the exhibit, touring with The Weeknd, his introductions to photography, his creative connection with his father and more. Read the full interview and check out more photos from the exhibit below.

Sidewalk Hustle: How did your relationship with photography begin?

Hyghly Alleyne: Growing up, my father was a filmmaker – music videos and stuff like that. I was always on set. I can’t even remember a time that I wasn’t on set – sleeping on set, missing school and all that. It just came to me naturally – it was always around me but it became a fun thing. When I was 15, my father was an executive producer at MTV in New York and he was working with this Caribbean network called Tempo. I would help him curate shows and that lead to traveling to all those islands. I just started carrying a camera with me and capturing things around me because I thought my life was cool at that point – it was different from all my homies’ lives.

When did you know you really cared about photography?

HA: Back in Toronto, my business partners and I started going out and trying to get into the party scene. We were obsessed with getting into those environments so we started networking and creating our own world hub – XO – and inviting people to our lofts. I was capturing those moments – drinking, turning up – and that’s when I knew I wanted to do it forever.

Had you ever photographed a concert before you shot The Weeknd’s shows?

HA: No, never. I’m completely self taught so I just started doing research, watching YouTube, asking friends. I would have to put on a front and pretend I knew what I was doing. I’m not really book smart when it comes to things like that, I had to be hands on. It’s always been a learning curve but that’s the fun part – the process of having an idea and figuring out how to bring it to life. That’s photography to me – holding on to a raw moment that’s special to you, the subject or someone else.

Have you been able to connect with your father over your creative work now that you both been work in the industry?

HA: Yeah! It’s funny. I looked up to him because he was winning all these awards for his film projects but there was a point in my career when I was winning more awards than him and I had bigger budgets than him. We really connected on that level. Our relationship has always been about art and business. He will call me up and tell me I’m fucking up. It’s a good, tight relationship.

It sounds like he looks out for you but as more than just a father.

HA: Yeah, he’s like a mentor as well. That’s always been really cool.

Let’s talk about the exhibit a bit. How was opening night?

HA: I think there were over 1000 people here yesterday. All the homies came through – Baka Not Nice, Gilla, 88Glam – it felt like the whole city came out. And it was on a really organic level – no egos, no fights, no anything. Everyone was just interested in what was going on.

It’s your first exhibit after after touring with The Weeknd for years. How long have you been planning this exhibit?

HA: From start to finish it was about a year. We were on tour, Abel [Tesfaye] and I were just vibing out backstage one day and he said “bro, I think you should do something bigger than what’s going on with you right now.” I’d been thinking about it for awhile so that was definitely the trigger and it’s been a snowball effect until now. 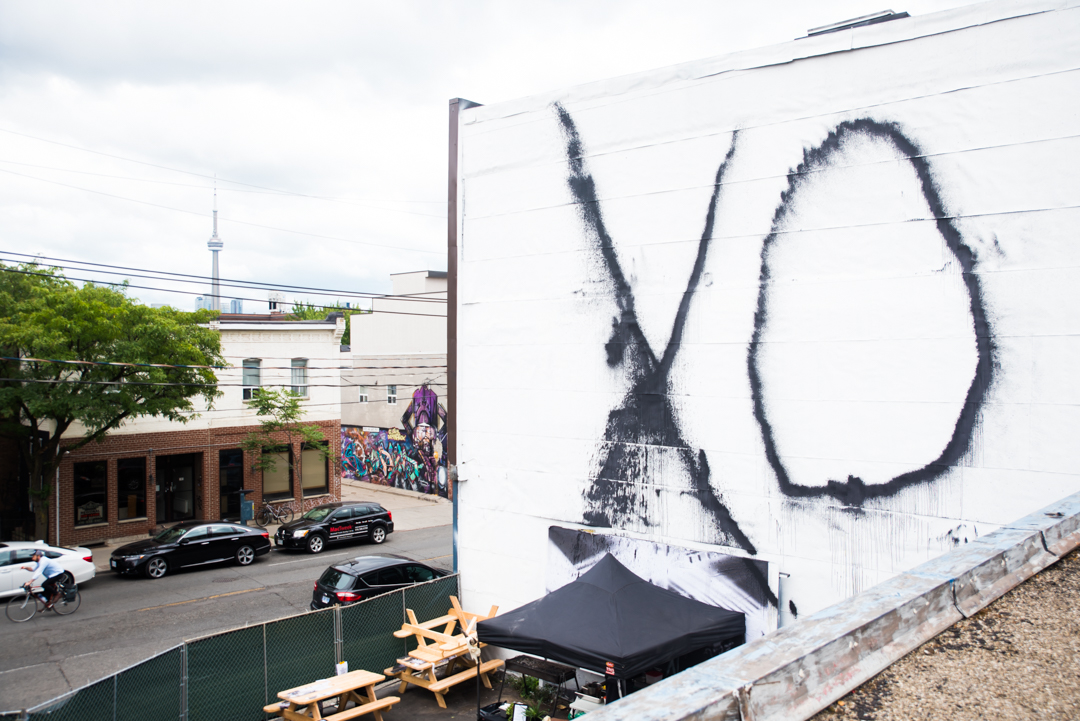 The Weeknd’s shows have dramatically changed in the last five years. How have you adapted to new challenges and elements on each tour?

HA: Definitely. When lights and effects are added it can really help but it also becomes really intimidating. It becomes a routine after shooting many shows on a tour – I get to know the patterns, the cues – but then he changes something and the experience is new again. But yeah, it’s exciting having those moments now when I had to run all the way to the top of the stadium to capture the whole experience. It’s definitely captivating.

Anyone who follows your Instagram page would be familiar with your love for personal health and working out. What advice can you offer young, ambitious creatives looking to take a step in a healthier direction?

HA: For me, I was partying a lot and it was taking a toll on me. I didn’t want just my art to live forever – I want to be in the moment too! I think that everything has a formula for success, you just need to cut out certain things to make room for others. Those moments build you so I think it’s about figuring out that formula.