Toronto’s affinity for vintage sportswear is no secret – F as in Frank and In Vintage We Trust are local staples for rare, authentic goods with their own cult followings – but we live in the age of creative human agency when Sean Wotherspoon and his Round Two store are collaborating with brands like Guess and Nike and LVMH is taking a stake in Stadium Goods. Resell has become the norm and everyone with a smartphone and Instagram can get in on it.

The Deadstock Depot, now approaching its fourteenth installment, is Toronto’s solution to the growing movement of independent vintage resellers. Founded back in the fall of 2016, the flea-style vintage market is powered by This Open Space (a company that connects businesses to short-term venue rentals) and a small team made up of Marc Keeling, Tyler Haley and Dan Veloso. 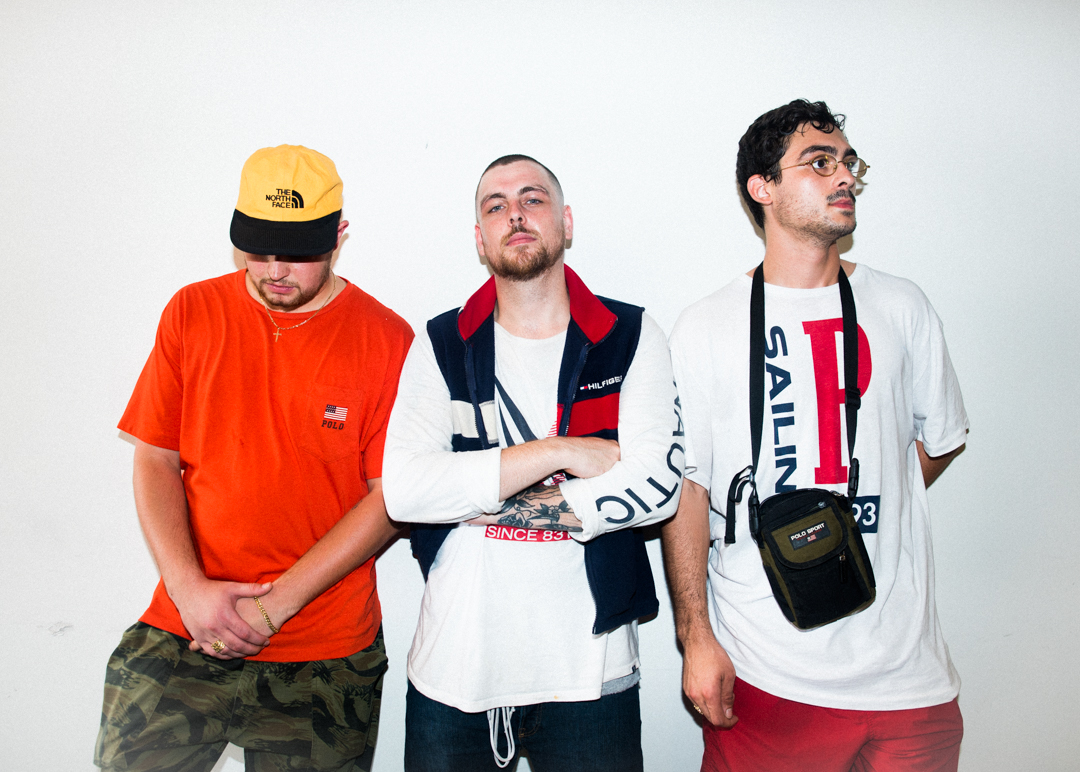 The market attracts hundreds of vendors and customers and boasts line-ups that look like Apple or Yeezy drops and start as early as 8 a.m.  It may look like just another flea market to the uneducated eye but the curated space is filled with an enormous selection of rare Polo jackets, Raptors jerseys, Nike sneakers, Kappa tracksuits, Tommy Hilfiger overalls and more. The doors officially open in the early afternoon and the space quickly becomes crowded with people hoping to get a chance to browse every rack before losing out on that rare Supreme piece or authentic Snow Beach jacket.

Check out some more photos of the most recent Deadstock Depot (held at 1305 Dundas Street West) and read our interview with founder Marc Keeling below.

Sidewalk Hustle: How and when did The Deadstock Depot begin?

Marc Keeling: Our first event was September 16, 2016. Almost exactly two years ago. It all started because I noticed one of my old business partners, Brad, was doing a bunch of flea markets around the city. I had been selling vintage under the name Ill Gotten Gains for three years before and I noticed a huge gap in my sales throughout the summer months. I needed to combat that so I started looking into flea markets. A flea called the Super Wonder Flea was hitting me up to sell at their market so I asked Brad about it. He didn’t think it would be worth my time because it wasn’t curated for vintage. I asked him if he’d ever heard about a curated vintage flea market and he hadn’t so we sat down and planned the first one out.

MK: It wasn’t that big of a success – we did it outside and it rained on us.

MK: Yeah, it sucked. Super quick lesson. But then we did our second one up at Bloor and Ossington and we had a huge line out front. And it’s just been growing ever since. There was a lack of space like this within the city – we noticed it and capitalized on it.

SH: Was it hard to find vendors for the first Deadstock Depot?

MK: Dude, some of the vendors we have in our event today – four or five of them – that have been with us for two years, since day one. There are a lot of cats that sell this shit so it wasn’t hard to pull vendors. I remember reaching out to a Montreal shop, Transparent Montreal, for our first Deadstock Depot and they weren’t even sure if we were a real market. But yeah, we already knew all these kids from the scene.

SH: You have now held two Deadstock Depot markets in New York City – how did that expansion happen?

MK: We always knew we wanted to expand to New York because there’s a huge vintage scene there. We work with a company called This Open Space to source our venues and they were having a contest about a year ago to help a curator expand to a new market like New York. At the time we didn’t think we could do it so we didn’t even enter. But we just had our first New York one in May of this year. We spent a lot of money and set it up so we didn’t turn a profit – very expensive venue space right on Broadway. But the turnout was amazing.

SH: Tell me about the Tommy Hilfiger connection – it seems wild that an independent vintage market could get an official sponsorship from a brand like Tommy.

MK: The head of distribution for Tommy actually reached out to me over Instagram. Obviously we have a bunch of kids at our markets that sell authentic rare Tommy and I guess it caught the eyes of people at the brand. She messaged me and immediately wanted to provide a booth and gift baskets. I ran it by my team and obviously they were down.

MK: Honestly, I didn’t really know what to expect. They showed up early and gave out free Tommy frisbees, mints and stickers to people in the line which was really cool. Their actual booth didn’t have anything for sale but they were showcasing their upcoming retro line and the gift baskets were full of the less expensive items from the line like sweaters and tees.

SH: That connection must have meant a lot to the team. What were those conversations like when you got the co-sign from Tommy?

MK: It was a huge shock. We’re grabbing corporate attention. We just started this to sell our clothes, I didn’t think it would ever get to this level. Having a big brand approach us made me want to reach out to more brands – now I’m having a conversation with someone over at FUBU.

SH: What is the next step for the Deadstock Depot? Do you just get bigger and bigger venues?

MK: Not necessarily. We’ve done bigger venues with more vendors and it gets to be too overwhelming. We’re limiting the size of our market so we can curate it. The next thing is going to Los Angeles on October 21 and then back to New York in November. I’ve been pitching Montreal to the team for a long time so I think we’re going to get that ball rolling. I’m on Instagram all the time and see people from Montreal hitting me up to do a market. The vision is to be everywhere but that’s going to take a lot of hard work. I look at companies like Sole Exchange and SneakerCon – they’ve been around for a lot longer – but I’m looking at their model and trying to take a page out of their book. It feels like it could be a million dollar business.