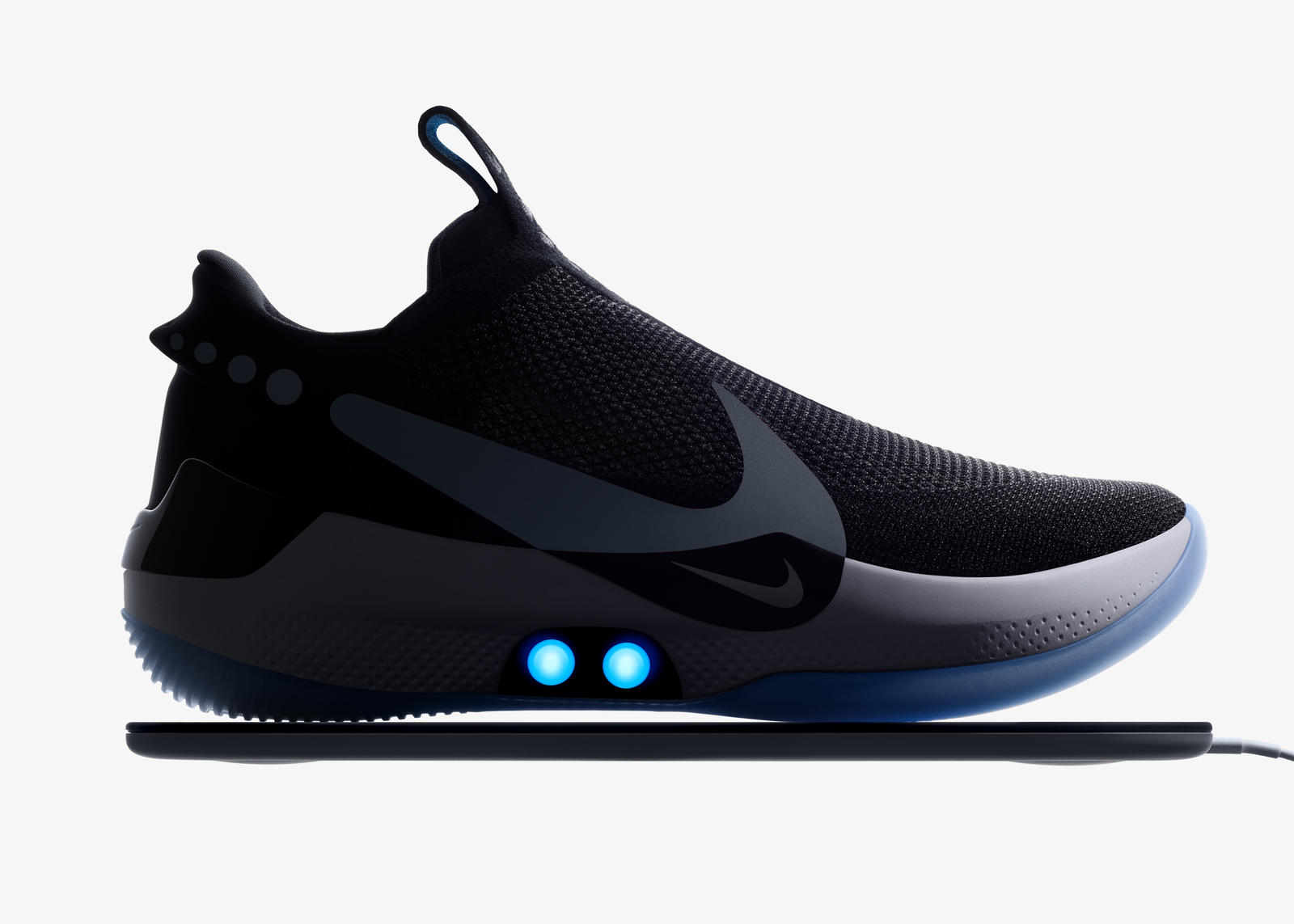 The sneaker corner of the internet has been losing its mind since the announcement and subsequent release of Nike’s most exciting new offering, the Nike Adapt BB. Not only does the brand’s latest foray into self-lacing shoes represent the first for a basketball shoe (a move motivated by the “demands that athletes put on their shoes”) but the appropriately named Nike Adapt BB is the most affordable self-lacing sneaker yet, retailing at $350 USD.

Self-lacing technology has been at the forefront of the Nike family’s collective mind since the release of Back to the Future Part II in 1989 but the luxury was previously limited to two rather expensive options. The 2016 Nike Mag, the pride and joy of Tinker Hatfield and Tiffany Beers, was an ultra-limited release and now goes for upwards of $30,000 on StockX and Nike’s more contemporary option, the 2018 HyperAdapt, released for a whopping $720.

Unlike its rare predecessors, the Adapt BB is also the most widely available release from Nike’s self-lacing vault with in-store and online drops through Nike.com, Dick’s, Foot Locker, New York’s Extra Butter and more. Nike fans no longer had to watch Marques Brownlee or Casey Neistat lace Marty McFly’s Mags on YouTube – they could line up and unbox the experience for themselves.

For some, this “mass production” of the Adapt BB may represent a killing of the movie magic that Marty McFly’s Mag’s once represented. The youth of 1989 would probably cringe at the sight of serial dissector YouTubers What’s Inside? tearing apart a pair of Adapt BB’s and removing the outer to reveal the self-lacing technology but anyone watching today can see the pleasure and insight it gives the father-son pair – and it’s an educational watch. Being able to see the simplicity of the mechanism (and design details like a Swoosh over the motor’s plastic shield) make the shoe more practical and easier to picture in one’s day to day life. Plus it’s always fun to watch someone cut a $350 Nike shoe to shreds.

A more practical concern of any “mass production” is assurance of quality and Nike is currently well aware of what can happen when shoes do not perform as advertised – see Zion Williamson’s injury and the fury that ensued. While not on the same stage, the Adapt BB has seen its fair share of issues since its February release. Within the first few days of release, many Android users across the internet reported technical issues between the shoes and the power-lacing app that allowed users to control the shoes from their phone. Poor or non-existent connection resulted in the shoes “bricking” for some and becoming unusable for others. While the buttons on the side of the shoe can control the lacing manually, the app and its smart FitAdapt technology is a main selling point and feature of the release.

Whether you have embraced self-lacing shoes or shun the thought of wearing a pair, the technology and what it represents is here to stay. The basketball iteration of Nike’s Adapt series is surely not the last but the long-term role of smart shoes remains to be seen. Syncing your phone to your shoes may provide for a better workout or a longer hike but will a pair of smart sneakers ever improve your jump shot – or most importantly, your fashion? For now, shoelaces are here to stay.