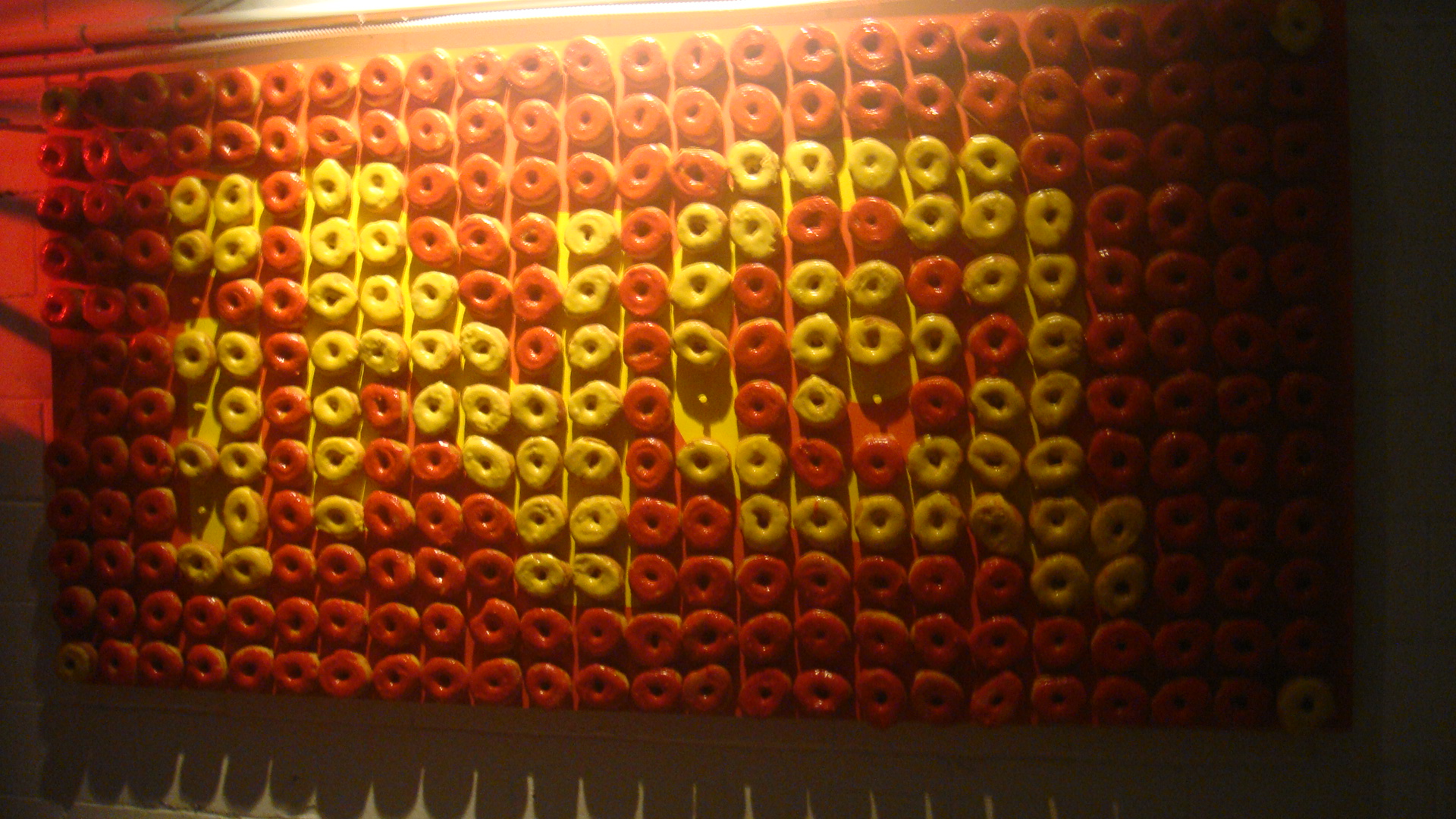 A while back we had our way with a couple dozen Ashahi tall cans at the Vice Anniversary party and last Thursday we had yet another boozy time with our favourite Japanese import at the INQ Pheromone Party.

We arrived at what they called Airship 37, a warehouse just south of the Distillery District to a stocked bar, good music, and the fabled wall of donuts. Upon entering we were handed tiny spray bottles, seemingly containing male or female pheromones to spray at each other.

DJ’s Rynecologist and Your Boy Brian switched back and forth handling the decks beside a large yellow INQ branded box labeled Pheromone Pumper, and a giant count-down projected on the wall that kept everyone anticipating something that never materialized.

With Asahi tall can in hand we wandered over to the magical wall of donuts bearing the hosts logo, essentially a giant peg-board with red and yellow glazed donuts that were sweating heavily in the smoke filled hanger. We tried one and immediately chugged back our Asahi’s to rid our mouths of the stale deep-fried taste. Too bad they weren’t the most delicious donuts we had imagined they’d be, but the free drinks made up for it ten-fold. 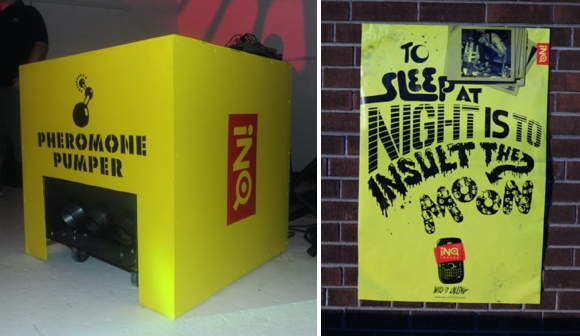 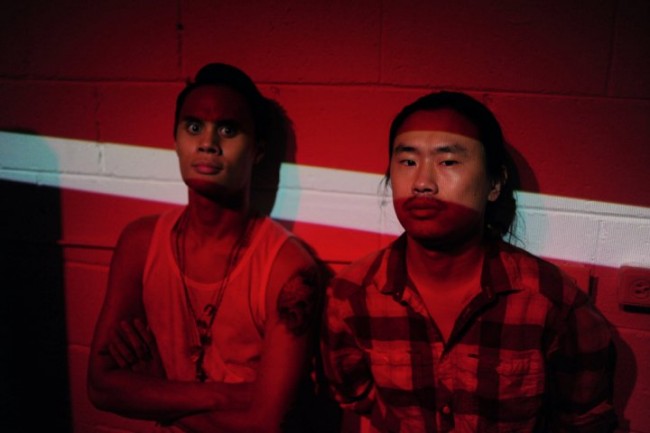 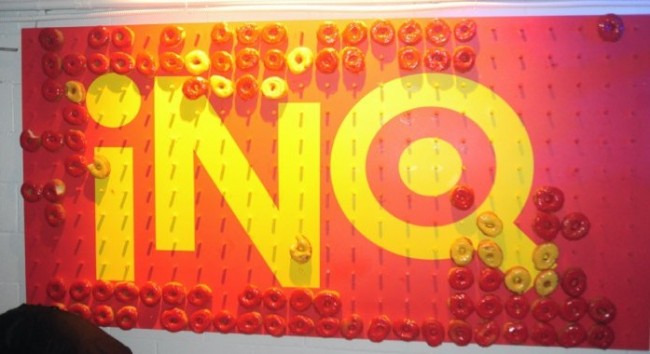