Ikea vs. Balenciaga: The Tote Bag 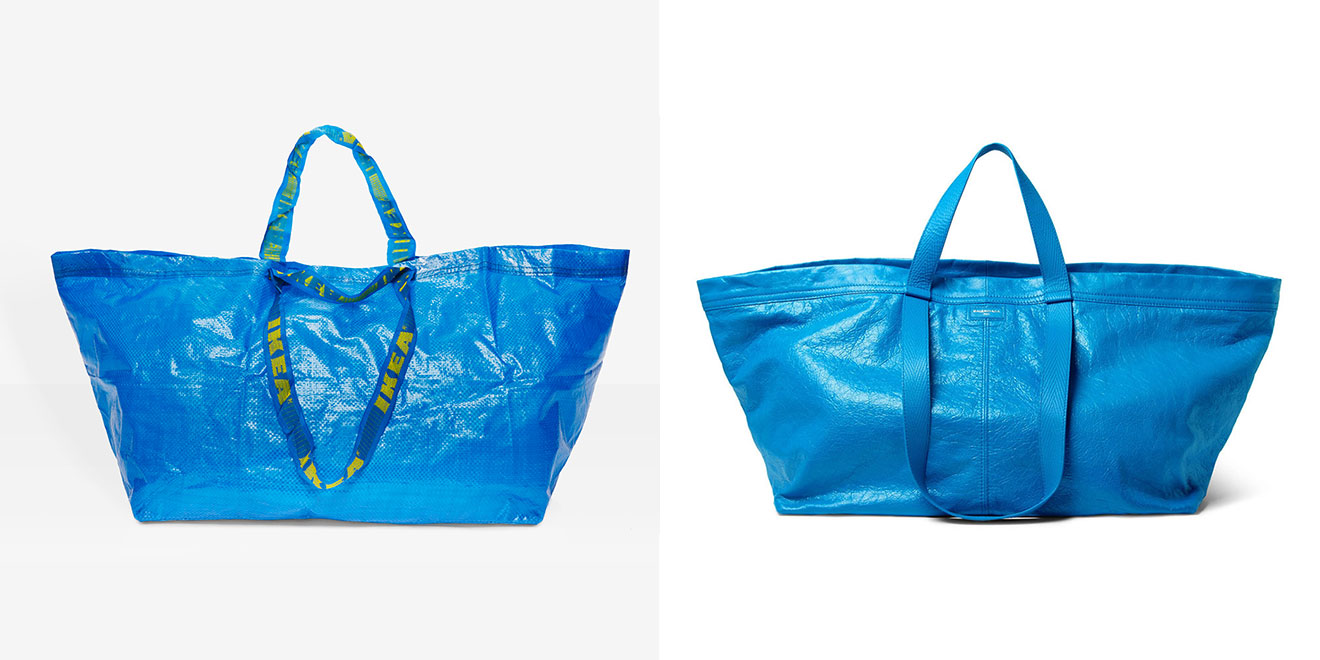 When Balenciaga released a bright blue tote bag that looked dangerously similar to Ikea’s well-known FRAKTA carryall, no one batted an eyelash. After all, since Vetements-designer Demna Gvasalia has taken over the reigns at the French fashion house there have been many references to lower-end products, from down comforters to Thai laundry bags.

What no one expected however, was that Ikea was ready to fight back. ACNE, Ikea’s creative agency, recently released a 6-step guide to determining the authenticity of your FRAKTA. To be clear, the original FRAKTA costs just 99 cents while the Balenciaga version goes for a cool $2,145.

It’s all in good fun though. Speaking to Creativity, ACNE’s Creative Director Johan Holgrem said that Balenciaga’s take on the bag was “unexpected and brilliant.”

Check out Ikea’s authenticity guide below. 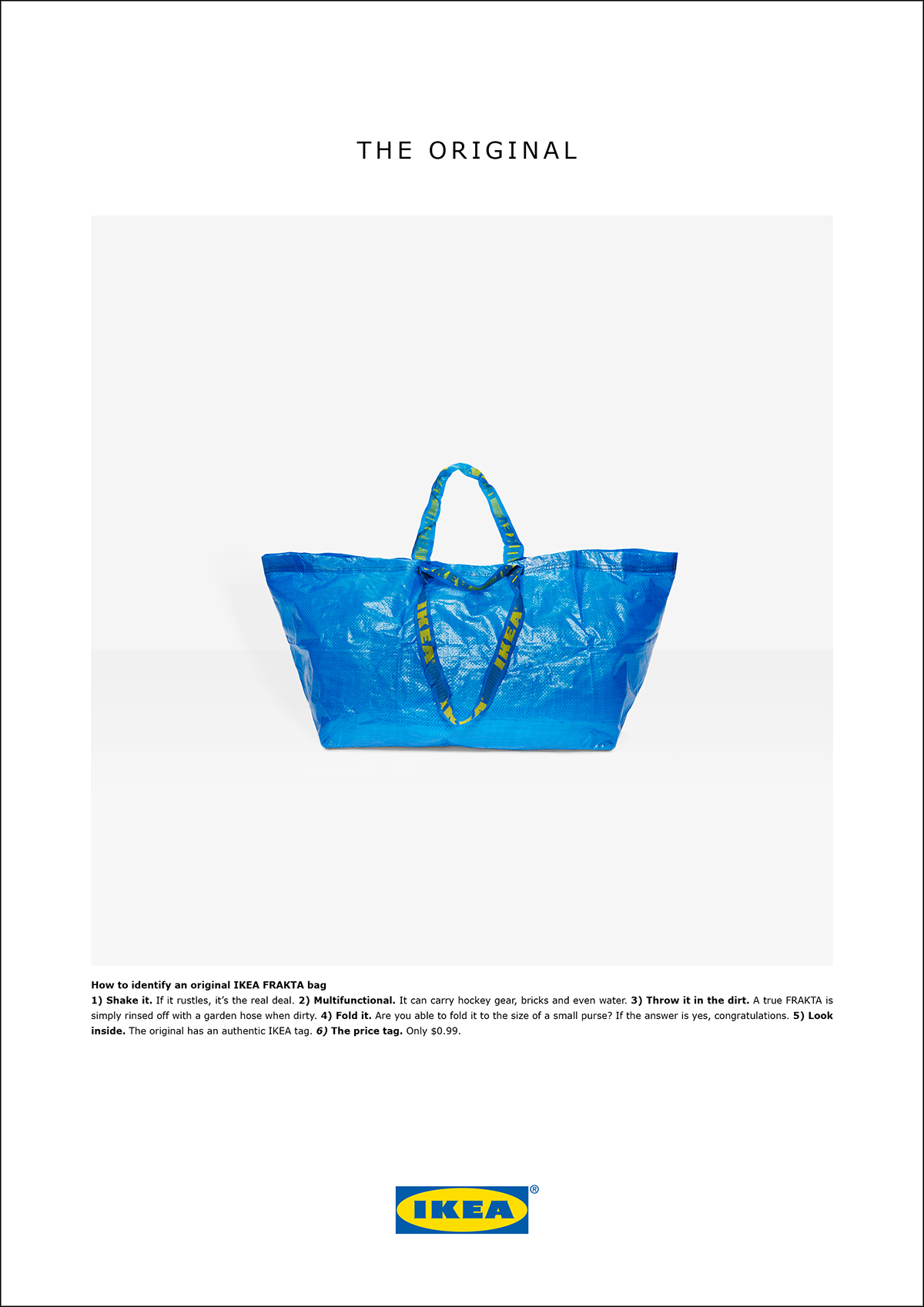