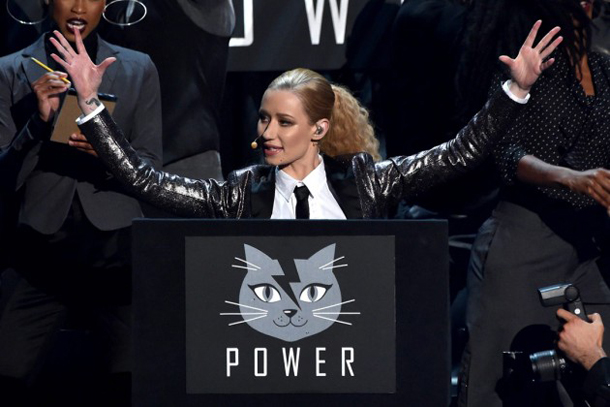 It was a good night for Aussie rapper Iggy Azalea who won Favorite Rap/Hip-Hop Album for The New Classic, and took to the stage to perform her No. 1 single “Fancy” at Sunday’s American Music Awards. After “Fancy,” in which Charli XCX makes an appearance, Iggy leads into her new single “Beg for It” off her new upcoming album Reclassified, which is out now. Watch below.

Iggy Azalea – Fancy & Beg For It (feat MØ… by IdolxMuzic