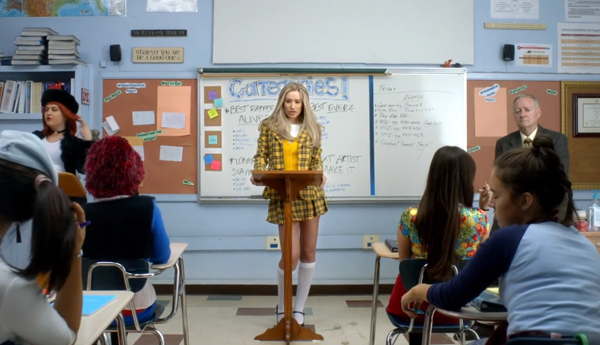 Iggy Azalea pays homage to the 1995 cult classic Clueless, in her new video “Fancy” which co-star Charli XCX. The Aussie rapper and model plays the role of Beverly Hills High School socialite Cher Horowitz in the X-directed visual. Filmed at the same high school where Clueless was shot, with over 250 fans playing the various roles in the visual, Azalea even rocks clothes from the movie and even shuts down the freeway to recreate the driving scene. It’s pretty awesome.

“Fancy” comes direct off her upcoming debut album The New Classic which arrives April 15 and will features collaborations with T.I., Mavado, Watch the Duck, and Katy Perry.

Watch the totally awesome mini-movie below.