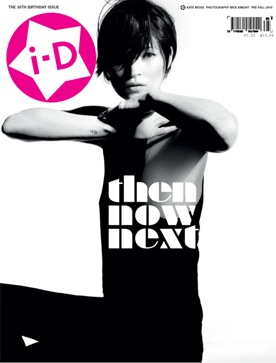 Titled Then, Now, Next the issue chronicles a three week long celebratory photoshoot by Nick Knight that took place at ever fashionable Somerset House featuring anyone and everyone!

Showcasing nearly 200 noteworthy people including Sir Paul Smith, Phoebe Philo, The XX, Vivienne Westwood, Florence Welch, Lara Stone, and Gareth Pugh, the project is shot completely in black and white and will definitely be an issue you’ll clamour to get your hands on, not to mention a collectors item.

Here’s are some very excited words from Editor-in-Chief Terry Jones:

30 years â€“ whoosh, more than an instant in i-Dâ€™s lifeline – itâ€™s a generation. Three decades to be celebrated and contained in this special issue. The whole issue was created by Nick Knight 200 portraits that SHOWstudio made at the close of 2009 in Somerset House – once the home of British passports, now the central location for British Fashion Week. Nickâ€™s celebration of identity was also a commemorative project inspired by the 5th birthday issue of i-D, where 100 portraits were featured in The Grown Up Issue. 25 years on, the gallery selection grew to 200. Happy birthday! 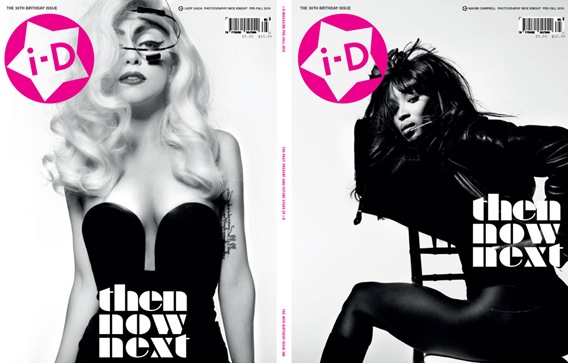