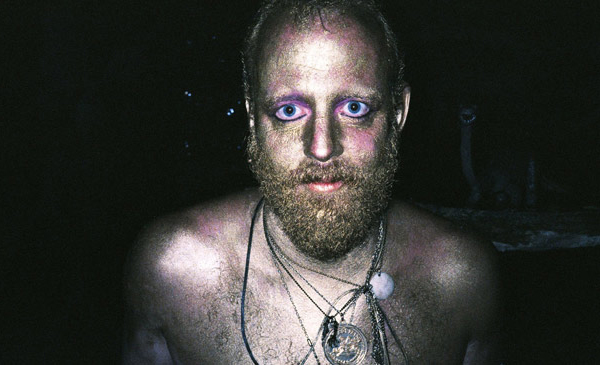 One half of LCD Soundsystem, Pat Mahoney recently hooked up with i-D Mag for an exclusive interview and mix. Read the interview directly below and listen to his exclusive mix for i-DJ. Enjoy.

When and how did you first get into dj-ing? It was back in 2001-2002 or so.  James Murphy was doing a residency at APT on 13th on a Wednesday night, Plant Bar was still going and I had started falling in love with being out, dancing.  I grew up in the punk scene in Boston and later the indie rock scene in Providence RI and came to nightclubbing sort of late. I was probably 29ish and totally disillusioned with standing around watching bands make the same gestures over and over. I was already listening to a bunch of disco and ‘dance’ records and Murphy’s night was a real eye opener because he came from a similar place musically and was connecting the dots between disco, house, and experimental/ post punk rock (hip hop too!). I bought some decks and a mixer and started figuring it out. I threw some parties in Greenpoint, Brooklyn at a semi-private nightclub/bar called Irene’s. People responded well and I was hooked. When LCD started touring heavily I had the opportunity to do a lot of late night dancing as well as crate digging all over the world, and James and I started playing together for festival after parties. He was already a successful DJ, and I was definitely the junior partner, but I learned the ropes.

How would you describe your sound? I like to play only hits. Maybe no one in the room has ever heard a single track that I’m playing, so they’re only hits to me, but it all has to have that feeling of being special. I love vocals and musicality and non-musicality and live drums and drum machines and synths and log-drums and Spanish guitars (deployed judiciously). When I first started playing out, the club scene here was really insular and playing a mix of disco and rock and techno and whatever else you might have been loving at the time seemed crazy. I remember early on spinning at a place in Manhattan and being scolded by the resident for “BREAKING THE TEMPO”, because I played some Soft Cell track or whatever. I didn’t know any better; I just wanted to make all these songs that I loved talk to each other. I was also playing to a bunch of indie kids who hated dance music or thought they did, at any rate, so the trick was to find a way in by stealth, not force.

How has the NYC vibe affected your music? We are standing on the shoulders of giants… But right now going out kind of sucks. Manhattan is full of aggressive normals, everyone here in Brooklyn is like a total expert in obscure rarities and proto-rare-profundities… I guess the vibe is a little bitter? No, just joshing, when you play a show here or go out dancing (if you can find a place that survived or was born and thrived in the post Giuliani nightclub apocalypse), you are rubbing shoulders with people from all over the world, who know good music, who know how to have fun. You can’t sleep on it, you have to be good.

What have you got coming up? Making music with my musical partner, Dennis McNany aka Run-Roc aka Jee-Day. We just finished our first single that we co-wrote. I didn’t play the drums because you can’t play the drums in his studio, are you kidding? The neighbours would kill you. So I sang instead. Or crooned. We don’t have a name yet, thank you very much, but by the time it comes out, we’d better have one. I’ll also be on the road this winter and spring spinning in a club near you.