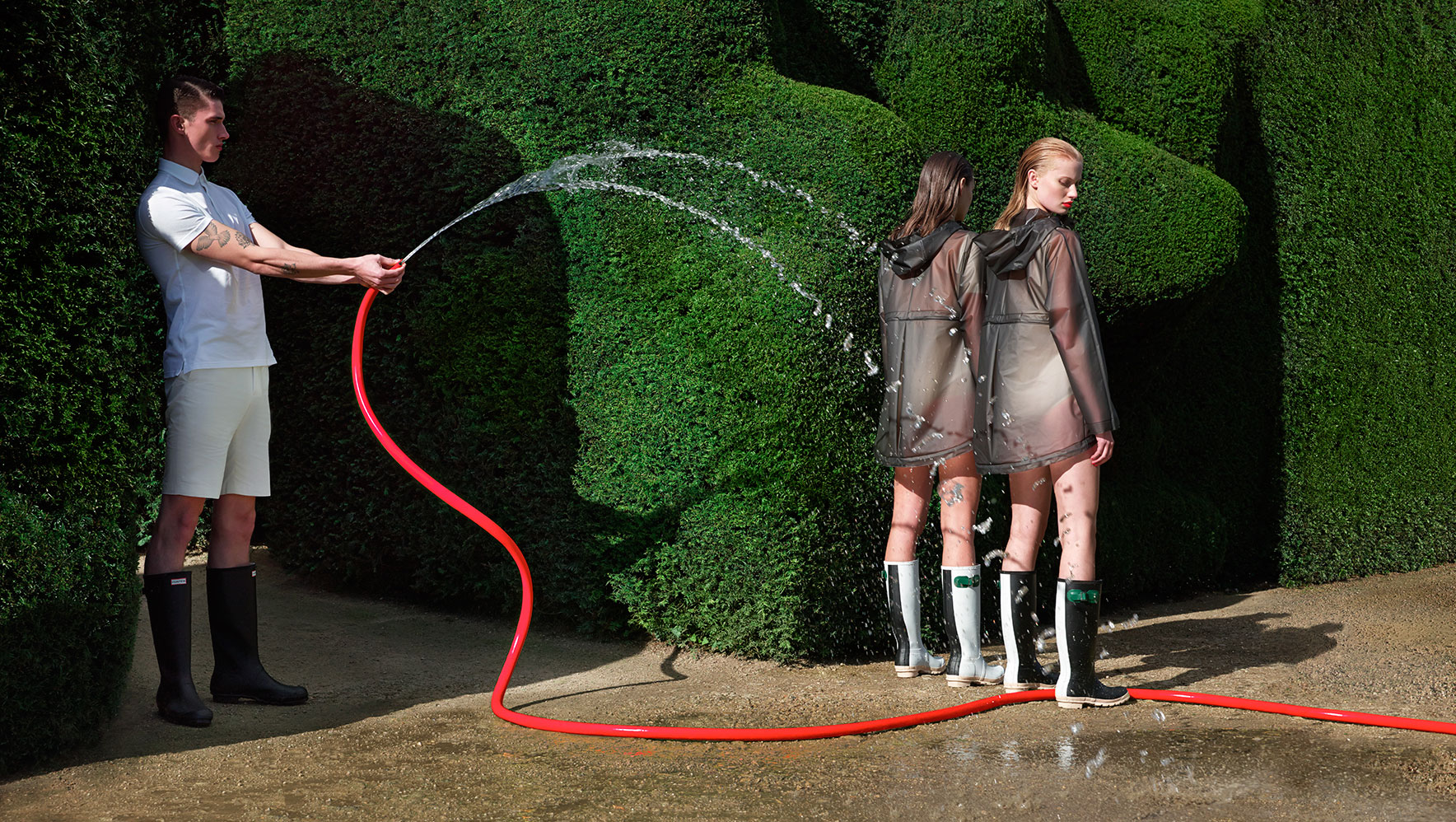 The campaign was shot at two different locations, Montacute House in Somerset and Kiftsgate Manor in Gloucestershire, against the backdrop of rolling topiary. Featuring a cast of three British models, including Matthew Holt in his first campaign and Charlotte Wiggins, referencing the Brits signature sense of humour.