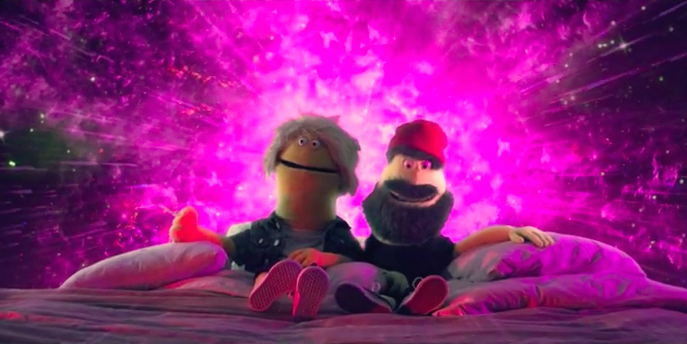 Vancouver’s indie-electronic duo, HUMANS, premiered their psychedelic video Tell Me this week. Directed by one of HUMANS’ own, Peter Ricq, the video features the hallucinatory journey of two Muppets who combine flower petals, mystery fruit, bugs, human hair, carpenter nails, and cigarette ashes to a blender. Add a sprinkle of unknown white substance and serve in a white mug garnished with an octopus’ leg. The result is a progressively weirder experience paired with the similarly evolving track.

Tell Me featured on HUMANS’ debut album Noontide released this past February via Hybridity Music. Produced by Nik Kozub (of Shout Out Out Out Out). The album showcases HUMANS mix of heavy electronics and modern pop sensibilities.

HUMANS are currently touring North America, plus catch them at SXSW.