How to Destroy Angels perform “Keep it Together” in the Studio 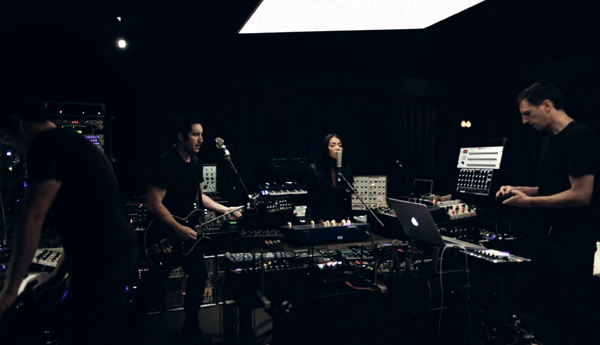 Trent Reznor’s new project, How to Destroy Angels, with wife Mariqueen Maandig and longtime collaborators Rob Sheridan and Atticus Ross have released a new video of them performing in the studio. The track “Keep it Together” will be featured on their forthcoming An Omen EP, out November 13 digitally and on vinyl. Watch the band perform their single “Keep it together” in the studio.