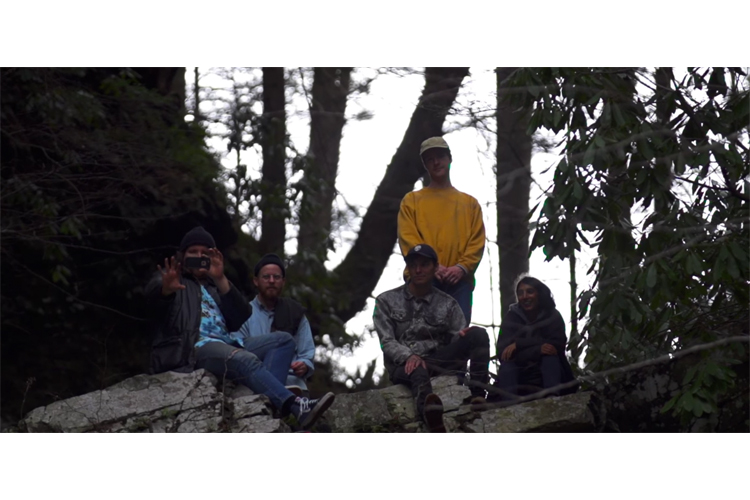 Back in February, Homeshake (the project of Edmonton’s Peter Sagar who you may recognize from his work with Mac DeMarco) dropped his new album Fresh Air and a sweet video for album cut “Every Single Thing”. Now, there’s a video for fellow album cut “Khmlwugh” which stands for kissin’, huggin’, makin’ lovin’, wakin’ up and gettin’ high. Directed by Jim Larson, the video was shot in an abandoned swingers hotel in Pennsylvania. As Larson explains…

Homeshake’s music and especially KHMLWUGH is very romantic, but it’s romantic in an odd, slightly unsettling way. So the goal was to have a visual that got the same feeling across. What better way to accomplish that than to capture the songwriter exploring an abandoned swingers hotel in the Poconos with his partner and bandmates? It’s romantic but also a little fucked up. The Poconos were previously a popular lovers’ destination and now the most action you see on a weekend is at the ATV playground, so we did that too and the final result is a dream like ode to the patterns of love.

Watch the video for “Khmlwugh” above.

Fresh Air is out now on Sinderlyn Records – grab a copy via iTunes here and catch Homeshake live at the dates below.