Hinds Dress and Impress at Space Ninety 8 in Brooklyn 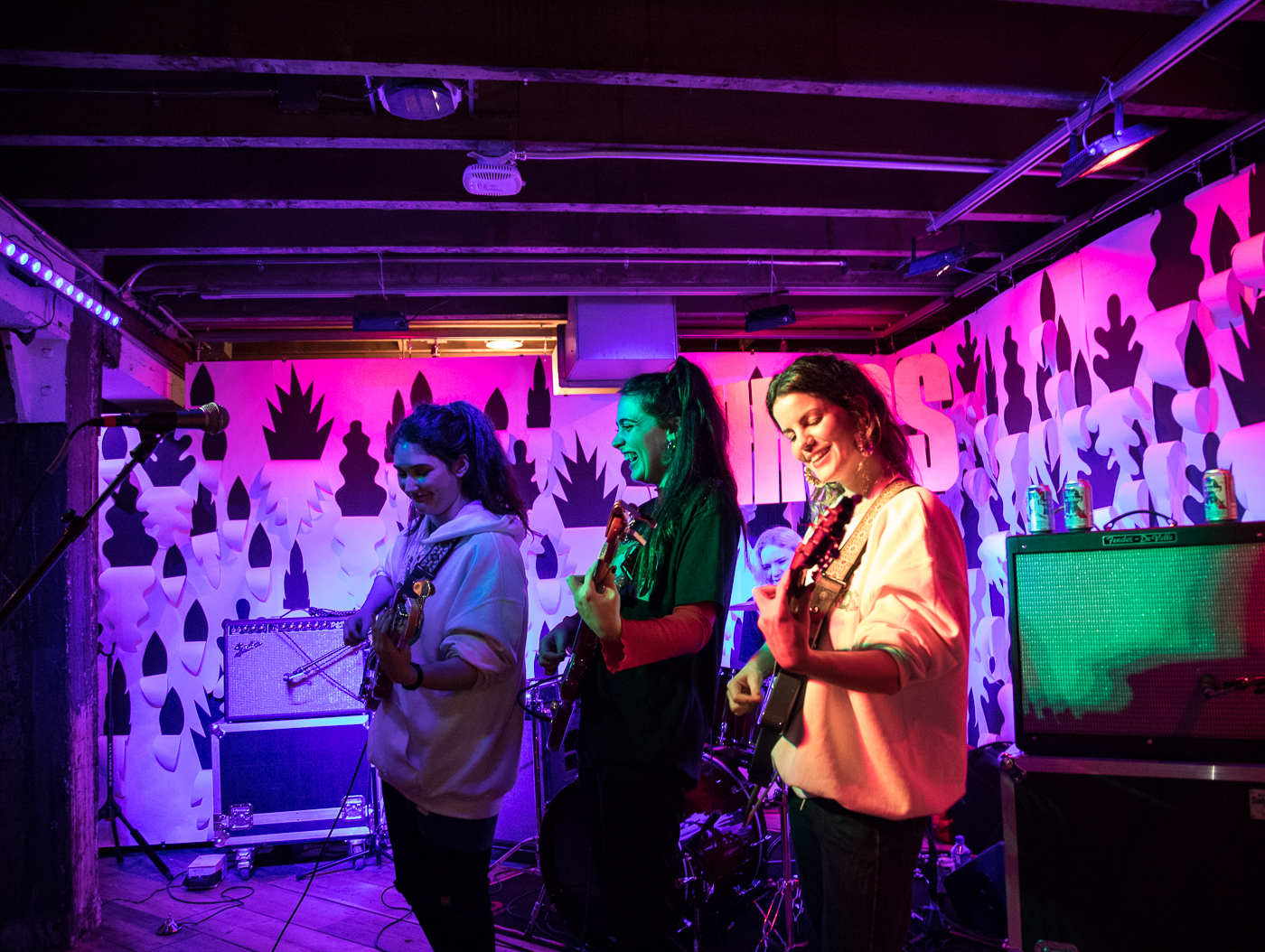 To celebrate the launch of the collection Hinds celebrated with a free concert at Urban Outfitters in Barcelona and later brought the party to Brooklyn performing at UO Space Ninety 8 earlier this week.

We were one of the lucky attendees at the maxed-out event which packed out by 7pm before their performance. The girls stormed the stage with PBRs in tow and banged out an hour-long set, with hits from their debut album Leave Me Alone plus a couple unreleased tracks. The girls let the crowd in on a not-so-little secret, that they’ve been in the studio and are planning to release their second album later this year.

While upstairs, we got to chat briefly with Amber on their collaboration.

“It’s been really awesome, we’ve had such a great time with all of this.”

From what we can tell, Hinds sold the majority of their collection at the UO store in Brooklyn earlier this week, but you might be able to cop it at UrbanOutfitters.com if you’re lucky

If you weren’t able to make it out to Brooklyn for the Hinds x UO event, don’t fret, the girls will be back to the U.S. this spring for their tour with Twin Peaks.

Check out some photos from the event below. 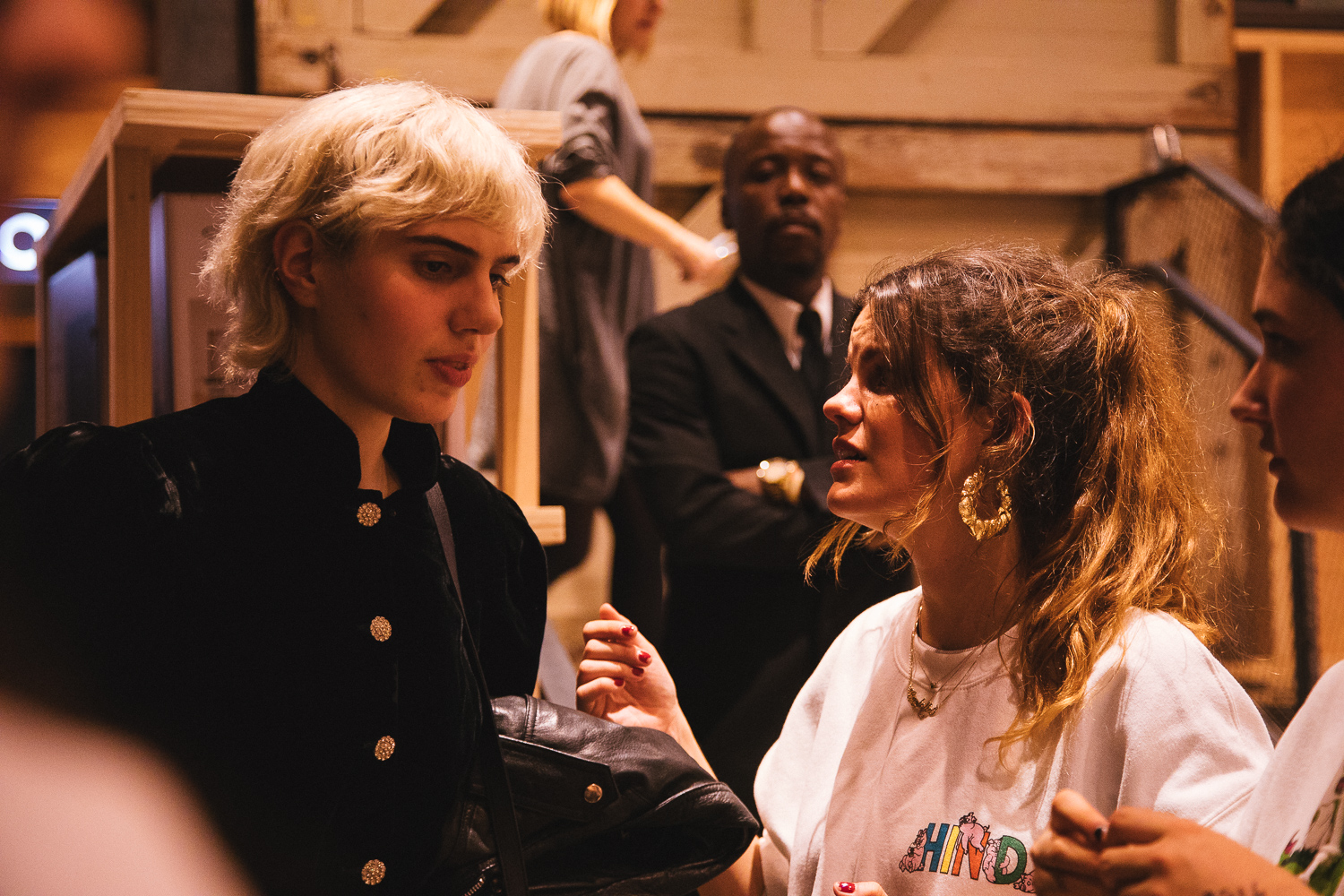 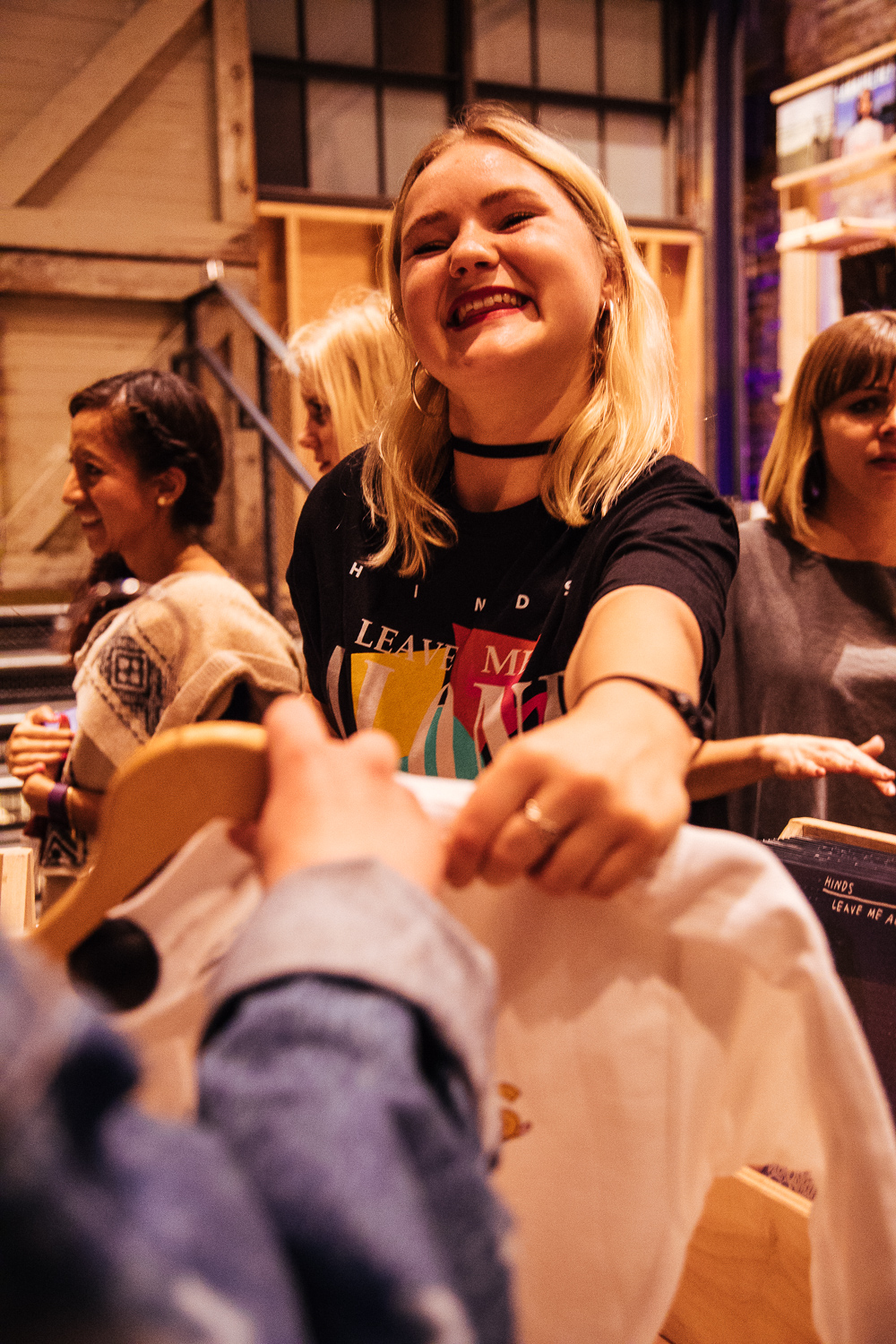 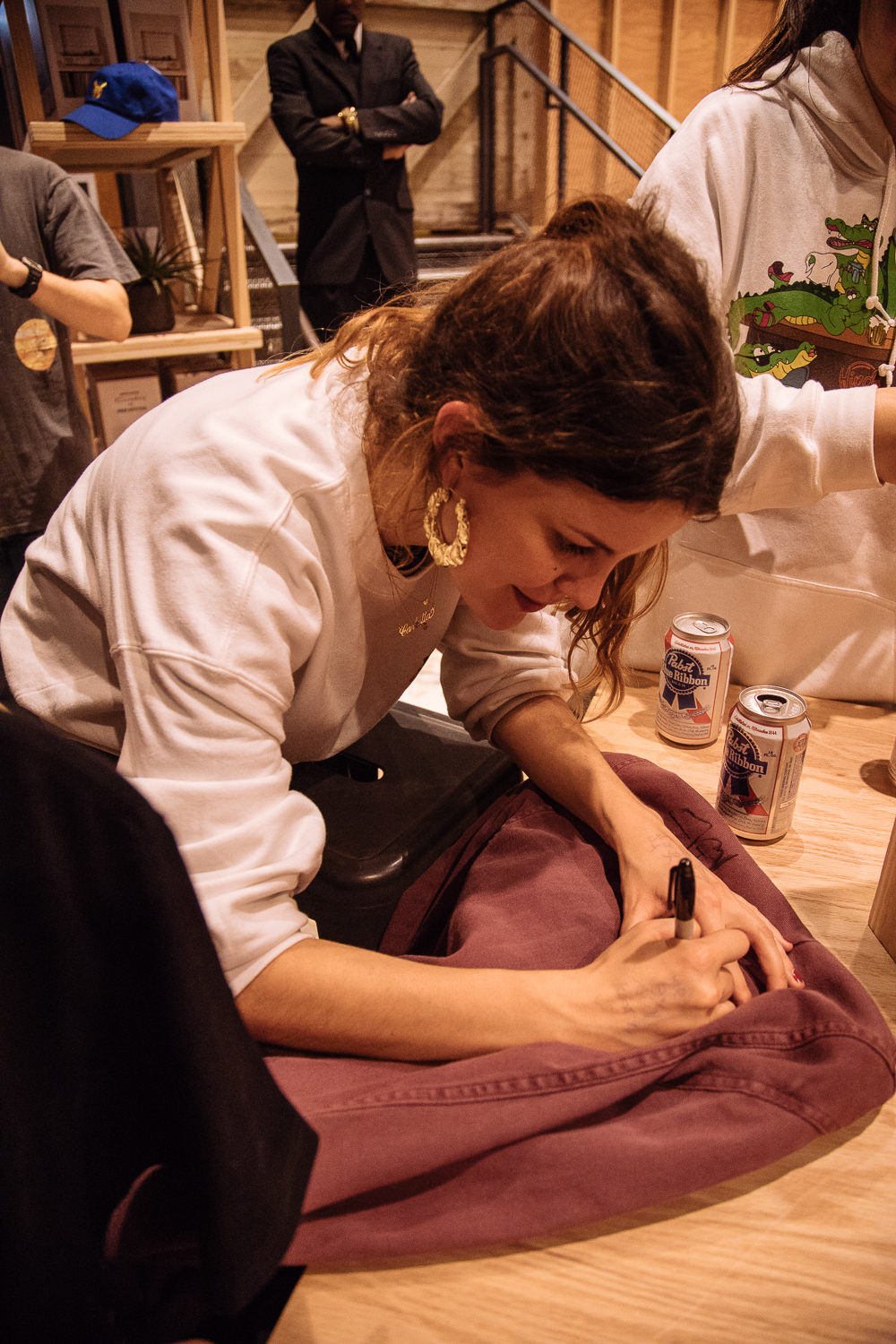 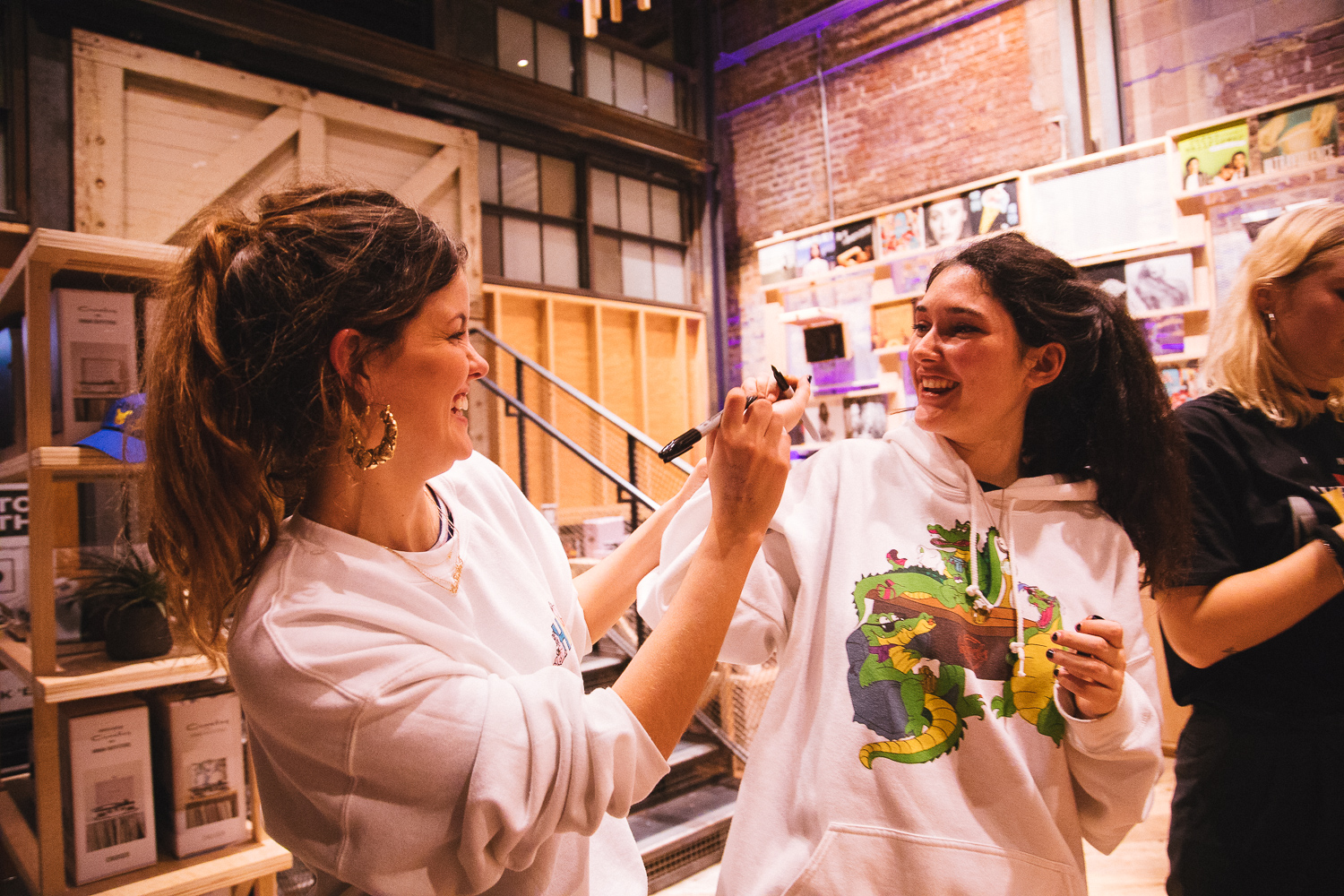 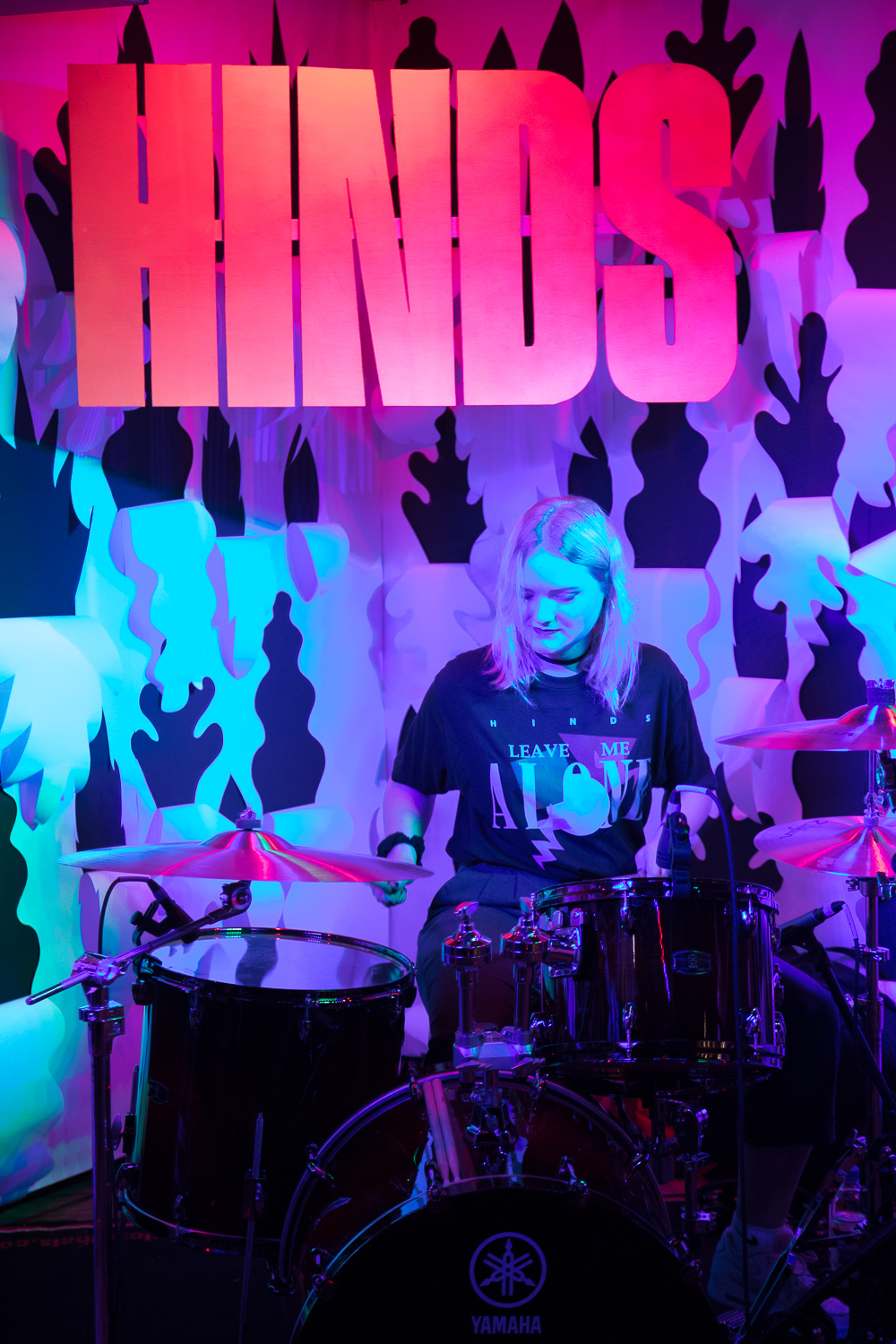 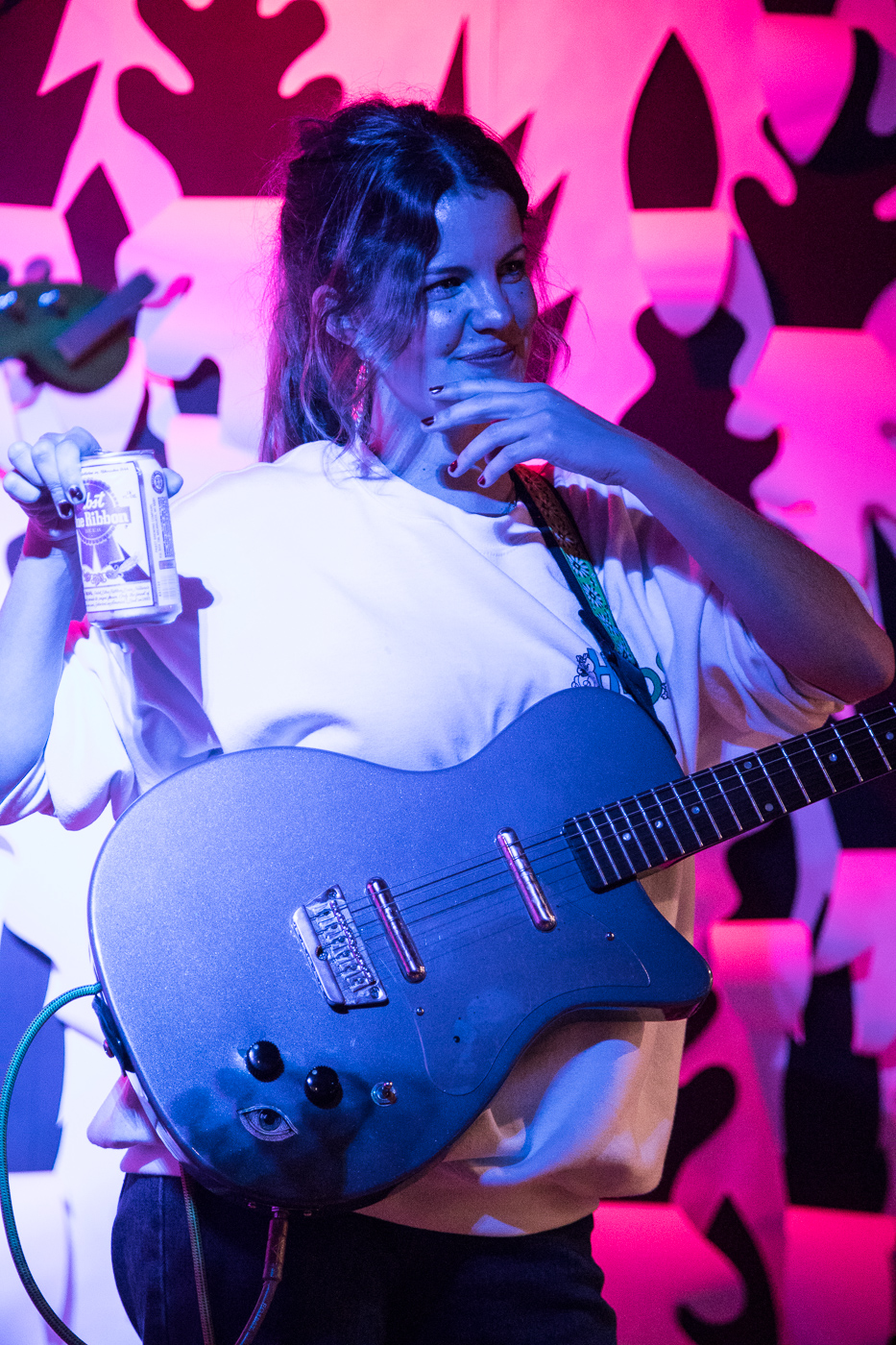 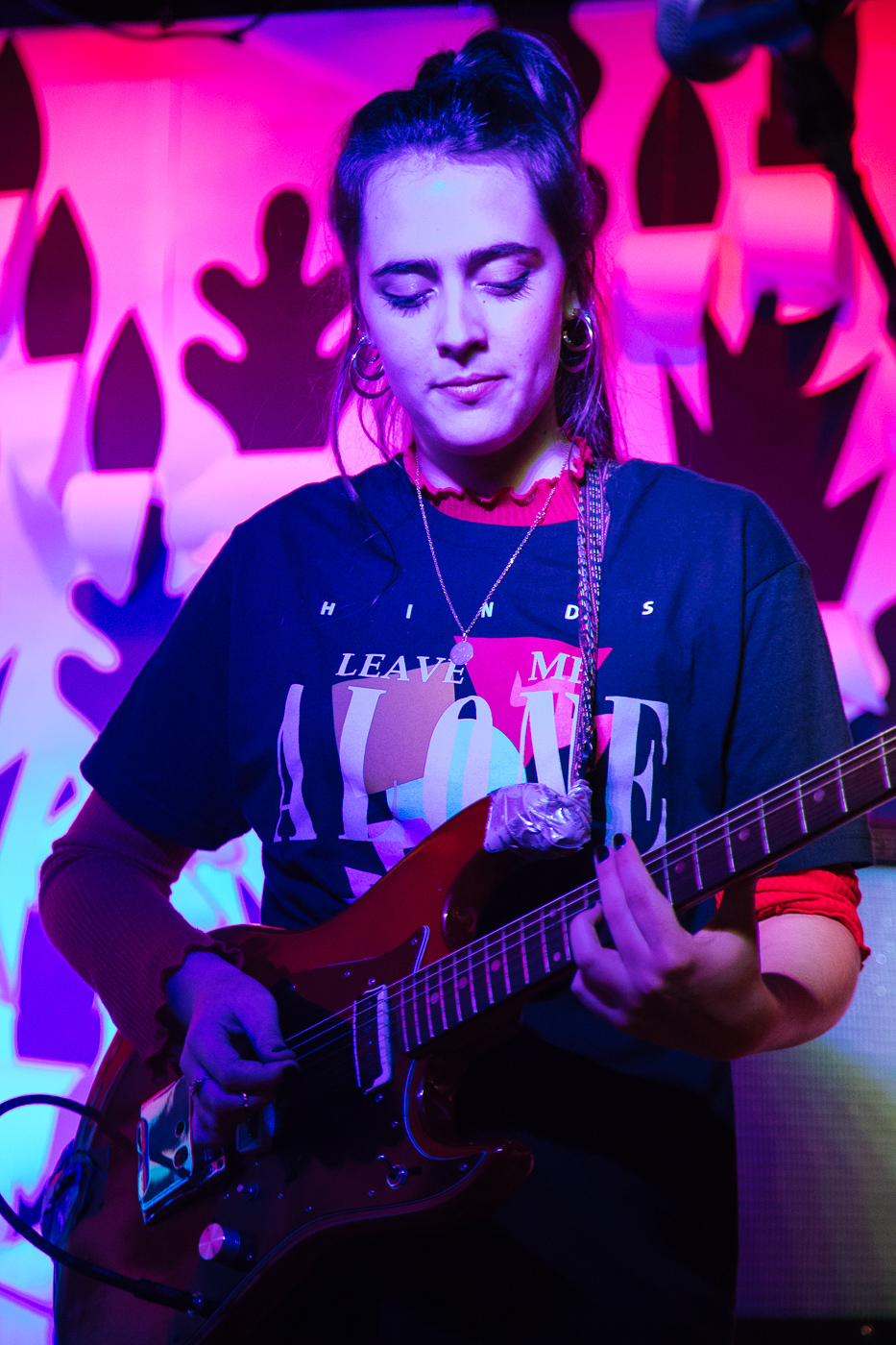 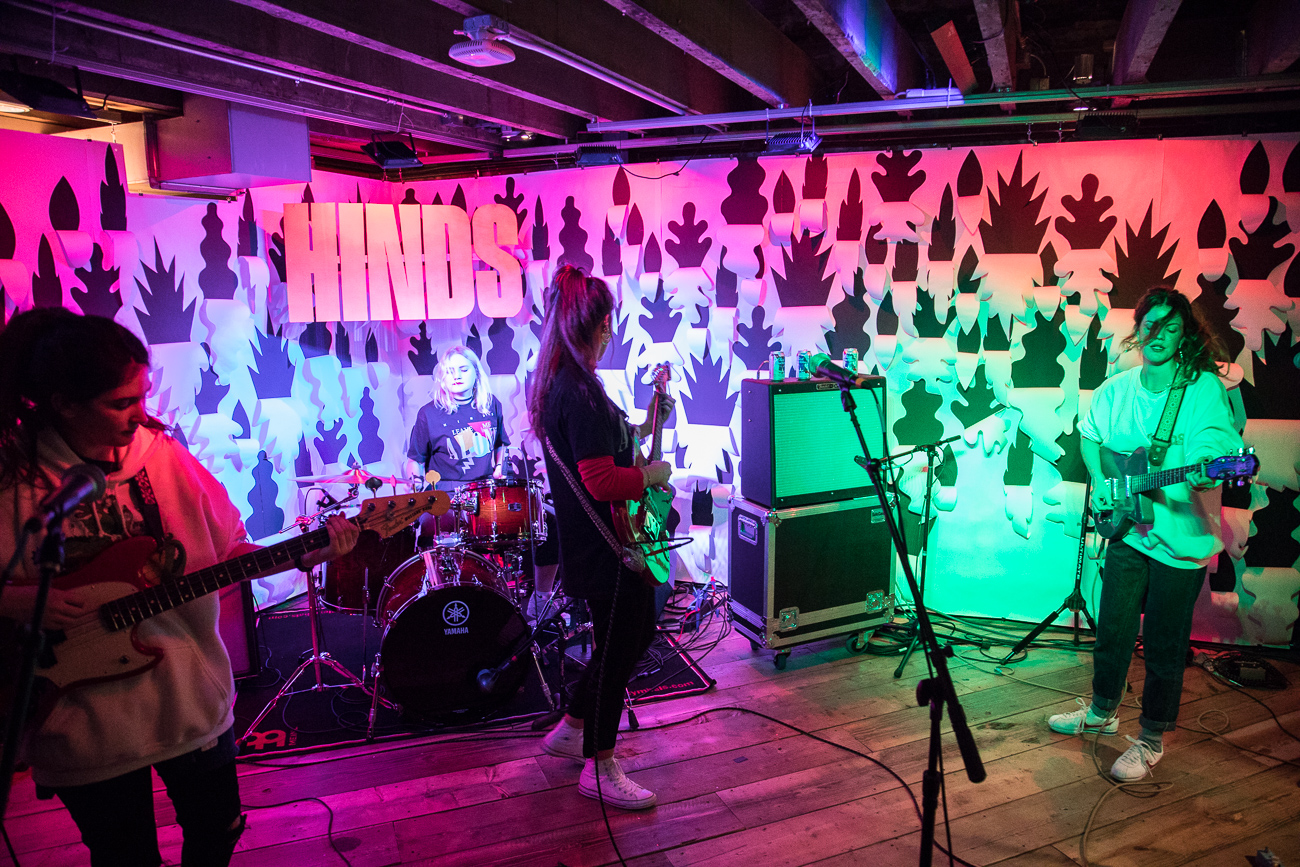